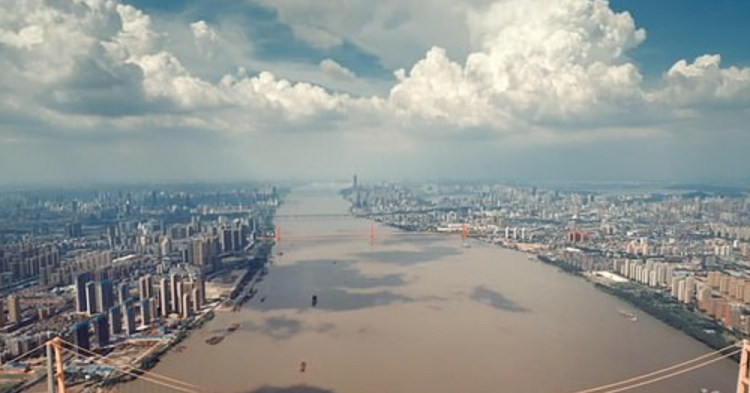 When Wuhan, China became a household place in December 2019 and January 2020, it was because it was ground zero for the novel coronavirus. Although China was successful at slowing the spread of COVID-19 thanks to masks and social distancing, Wuhan’s image continues to be severely hurt. Now, the Chinese government has commissioned a promotional video to promote Wuhan to tourists and to get more people to visit the former epicenter of the coronavirus pandemic since the city had returned to business months ago.

While the coronavirus continues to ravage the United States, especially states like Texas and the Dakotas, China remains remarkably free of infections. The clip, which is entitled “Let’s Meet in Wuhan,” hopes to revamp the image of the virus-strewn city by highlighting its many tourist attractions and featuring its delightfully happy residents.

Wuhan is home to about eleven million residents. The city’s leaders have been accused of covering up the initial outbreak of the coronavirus, which made it more challenging for the rest of the world to stop its spread. Back in January, Wuhan’s Mayor, Zhou Xianwang, admitted that his government failed to related information about the virus “in time” because he was unable to obtain authorization to do so among higher-ups in the Chinese government.

The coronavirus reportedly killed 3,869 people in Wuhan and infected 50,352. Compared to the numbers in Texas, Wuhan is a coronavirus sanctuary. Despite it being the initial epicenter of the virus, COVID-19 has grown wildly out of control in the United States because of loose regulations and a lack of respect for authority.

Mayor Zhou also confirmed that about half of the city’s population – some five million residents – evacuated the city by the lockdown on January 23, 2020, to help curb the spread of the virus. Extreme measures like this have not been taken in other parts of the world like the United States, which continues to be decimated by the virus.

“On one hand, we did not reveal [information] in time; on the other, we did not use effective information to improve our work to a satisfactory level,” Zhou said during the interview. “Regarding the untimely disclosure, [I] hope everyone can understand. [Coronavirus] is a contagious disease. Contagious diseases have relevant law, and information needs to be disclosed according to law.”

Wuhan’s new promotional video hopes to shed a brighter light on the city, which has a lot of attractions for tourists.

“Wuhan is never stingy in presenting its beauty, and we, who love it, hope more people can understand,” the Wuhan Culture and Tourism Bureau wrote on Weibo, the Chinese equivalent to Twitter. “[We] look forward to meeting you in Wuhan.”

However, Wuhan’s promotional video was released on the same day that authorities within the city detected coronavirus particles on a package of beef imported from Brazil. The Wuhan Municipal Health Commission published a statement on their website confirming that the imported Brazil beef package was covered with coronavirus particles. The beef entered China at Qingdao port on August 7 before it made its way to Wuhan by August 17. It remained in cold storage until recently.

Would you ever visit Wuhan as a tourist?