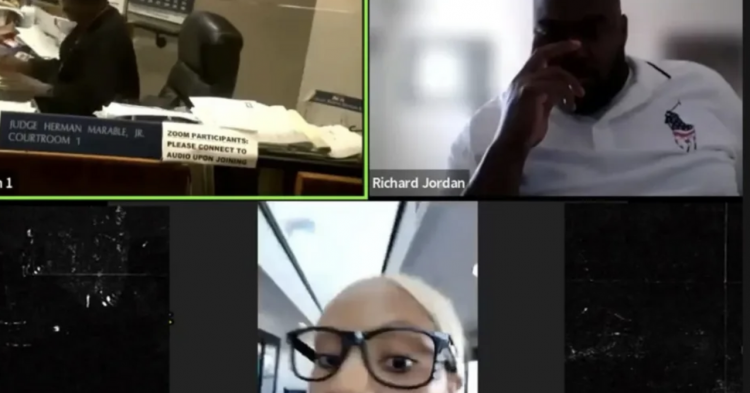 A Michigan woman found herself out of luck after she yelled at a judge regarding her lawsuit. The woman had filed a lawsuit for $10,000 in damages after a man took her out on a bad date. During the court appearance, the woman, QaShontae Short, criticized the judge after he questioned her knowledge of the law of the state because she decided to sue Richard Jordan for a bad date in 2020 in which he “intentionally” inflicted emotional distress on her by taking her on a bad time.

In the lawsuit, which was obtained by TMZ, Short alleges that her date, Jordan, intentionally hurt her feelings when he failed to “show and left on (her) mother’s birthday and [her] mom had just passed away.” In an effort to get justice for the bad date, Short wants Jordan to pay her $10,000 for the “distress” she suffered at his hands during the time they were slated to spend together while out on the town.

Judge Herman Marble Jr. of Flint, Michigan, heard Short and Jordan for ten minutes in a virtual setting. During the time, Short did most of the speaking while Jordan remained largely quiet aside from him sharing his thought that the case was a waste of the court’s time.

Judge Marble Jr. seemed to agree with Jordan and went on to question whether Short was in the right courtroom for her lawsuit. Short insisted that she was in the right place and had studied the law enough to know that she could get $10,000 from the accused for the bad date they had. She also accused Jordan of committing “perjury” because of an alleged misleading statement he provided to the judge in a court document. At this statement, Judge Marble Jr. reminded Short that perjury could only be committed while the person is in the courtroom when they are asked to testify under oath. Short took offense to the judge’s comments regarding her knowledge of the law.

“He put a document that stated a lie,” she said, yelling over Judge Marable Jr. “Bottom line, you said it was a criminal offense, so I will send it to circuit court. Are we done here? Are we done here?… I know exactly what perjury means.”

At this point, the argument deepens. Short and the judge start screaming over each other, and order is lost in the virtual courtroom.

The judge did not throw out Short’s lawsuit. Instead, he transferred the case to the circuit court, which means that the pair will have to be reunited again in the future to argue their case in front of another Michigan judge.

Watch the argument in the video below.