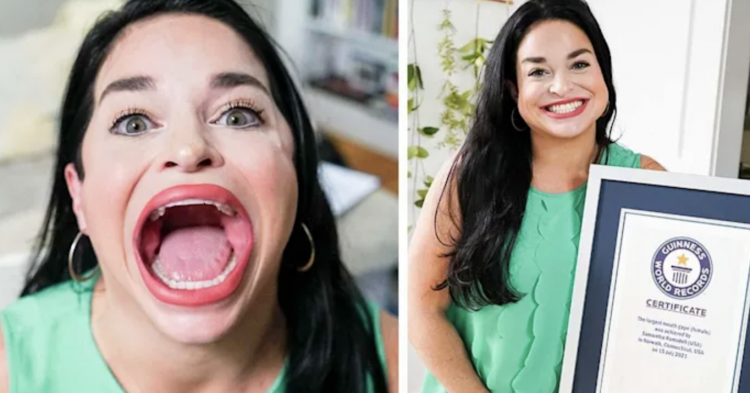 Although homelife for Samantha Ramsdell might be like many others in Connecticut, she has a talent that she can no longer hide from the world. Although she was relentlessly bullied for her large mouth while growing up, she has since turned it all around and has achieved the unthinkable. Ramsdell is now the official holder of the world record for the world’s largest mouth.

Ramsdell first went viral on TikTok a few months ago. Now, she has turned around her TikTok fame to officially earn the title of having the world’s biggest mouth, according to the Guinness Book of World Records. Ramsdell’s mouth is so large. She can contain an entire large order of McDonald’s fries in her gaping mouth. The container of fries is about 2.5 inches wide and does not usually fit in a person’s mouth. 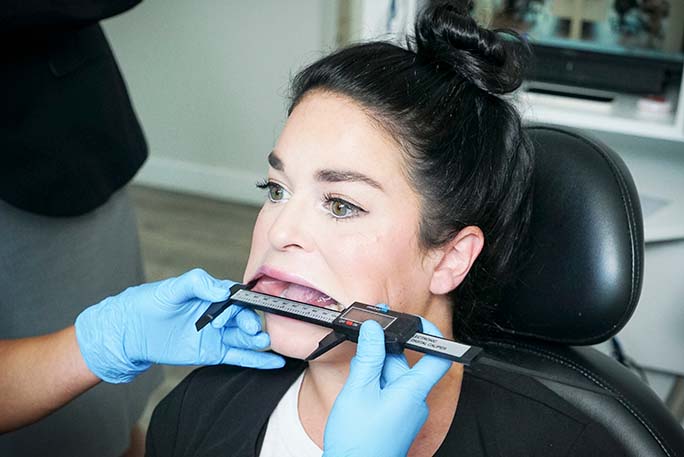 Ramsdell, who is thirty-one, amassed millions of followers on TikTok as people tuned into her page to see what she would do with her large mouth next. Her viral videos include her stuffing three donuts in her mouth at the same time as well as completing other challenges, including some that were proposed by her fans and followers.

“I never thought it would be possible to be this famous off my mouth, but it’s incredible,” she told Guinness. 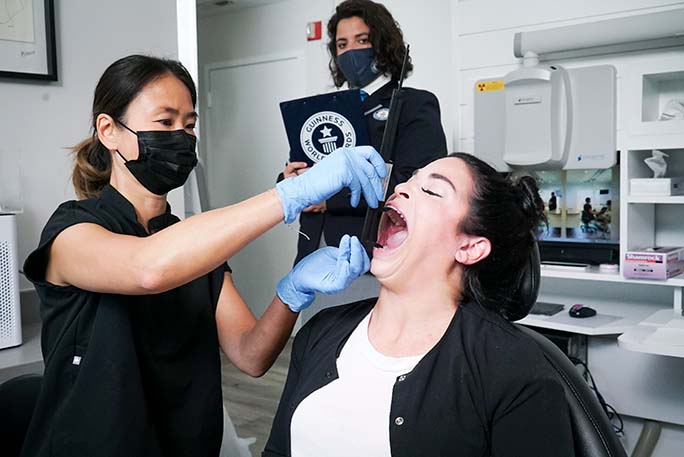 Ramsdell insists that the “children of TikTok” were the ones responsible for her seeking out the world record for the largest mouth. If she hadn’t earned such a large following on the Chinese-created social media channel, she never would have contacted the officials at Guinness World Records to measure her mouth.

She said, “Being 31 and being able to get a record for something that really I was so insecure about, something that I wanted to keep so small, it’s great because now it’s like one of the biggest, best things about me.” 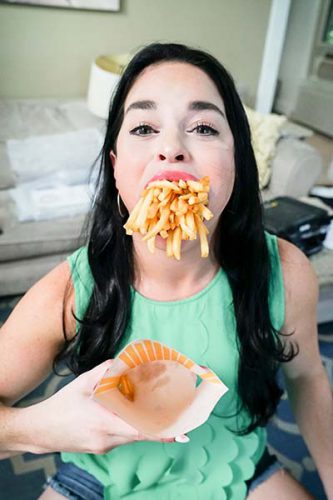 The Connecticut woman won the World Record after she made a visit to the dentist along with an adjudicator who was present for the mouth measuring procedure.

“You know, getting a Guinness World Records title, it’s finally being almost able to show some of the bullies or people who doubted me or tormented me that hey – I have a big mouth, but at least I have the biggest one in the world!” Ramsdell said. 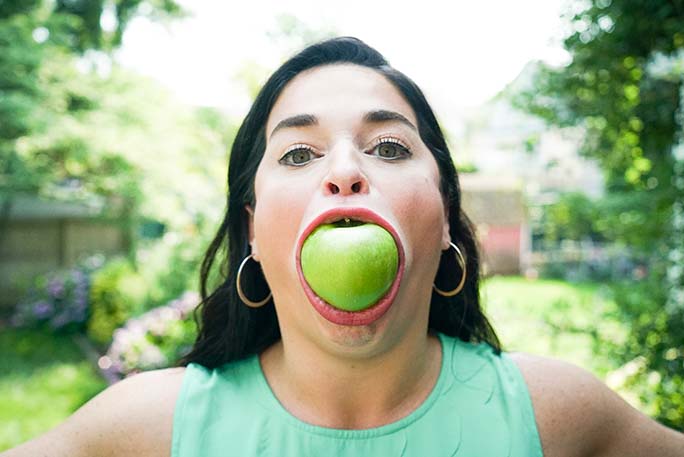 Now that Ramsdell has become TikTok famous and achieved a world record for her large mouth, she urges other people with large body parts to pour more heart and soul into their “biggest asset” and to showcase it as a spectacle and a “superpower.”

“It is a thing that makes you special and different from everyone else walking around,” she said.

She wouldn’t have been able to achieve the world record without TikTok. 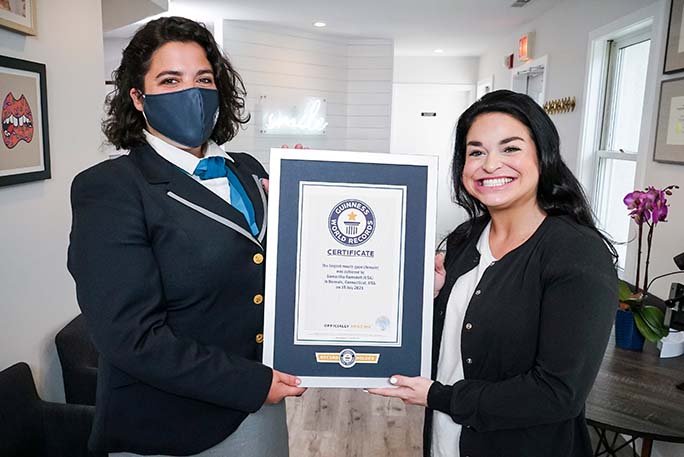 “At first, I was like, well… am I too old to be on TikTok? But it was the one thing I could do right now to keep me busy and keep me creative, so I started doing some singing, some of my comedy stuff, and I did one comedy video where I made this crazy face, and the children of TikTok were like, ‘what happened to your face?!’”