When I Found Out Why There Were Thousands Of Buffalo Lying Dead, I Wanted To Scream 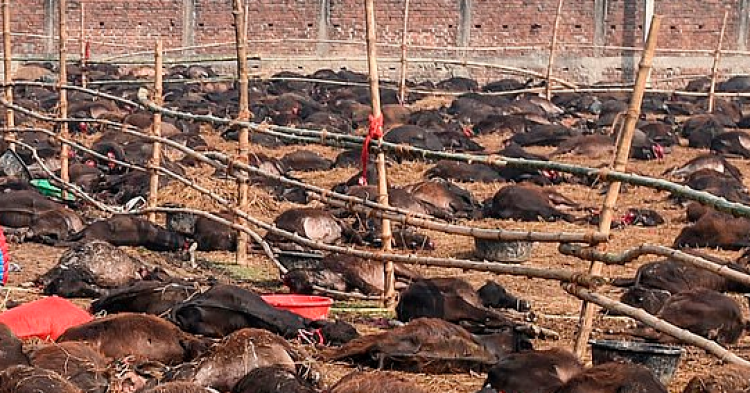 While animals’ rights continue to increase around the world, there are a few traditions that continue on despite the outcry of critics. One such tradition is the Spanish bullfighting, in which a bull is killed for the pleasure of the crowd. But a longstanding tradition of animal sacrifice in Nepal puts the deaths of a few dozen bulls into perspective as Nepalese butcher prepare their blades to slaughter thousands of buffalo in the world’s largest known animal sacrifice.

Hindu worshippers wield their blades to slaughter thousands of these buffalo in one morning as part of a religious Gadhimai Festival. At the last festival, which was held in 2014, some 200,000 buffalo were butchered for no reason but to sacrifice them to the gods. And since then, activists and officials have worked to curb the death toll of the large animal sacrifice to cut back on unnecessary killing. Despite five years of work, the activists were unable to stop the Hindu butchers from slaughtering all the buffalo. Thousands are still slated to be cut to shards over the two-day event in Nepal. 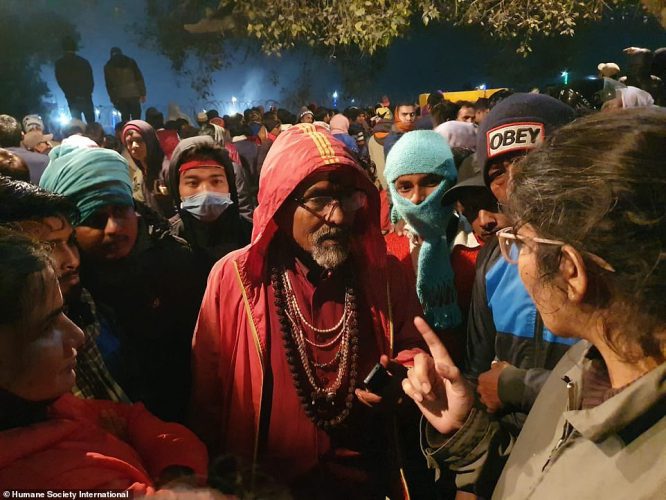 The festival is held to honor the Hindu goddess Gadhimai. The event launched with a ceremony in the early morning hours known as the “Pancha Bali.” During the event, worshipers slaughter a goat, a rat, a chicken, a pig, and a pigeon. Then a shaman anointed in the local tradition offers this blood from five points of his body. Following this sacrifice is the one for the buffalo. About two hundred butchers have freshly sharpened blades walk into a walled-off area larger than a football field to kill the buffalo. While the butchers slaughter the animals for the Hindu goddess Gadhimai, onlookers watch from trees and other points of interest.

“The sacrifices have begun today. We had tried not to support it, but people have faith in the tradition and have come here with their offerings,” Birendra Prasad Yadav from the festival organizing committee said. 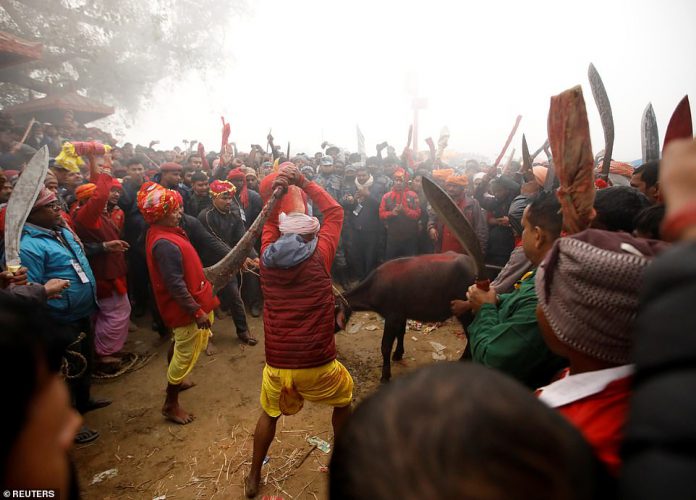 The celebration dates back 265 years. It occurs every five years in Bariyarpur, Nepal, to honor the Hindu goddess Gadhimai. The festival began after an imprisoned feudal landlord, Bhagwan Chowdhary, dreamed that all his problems would vanish if he made a blood sacrifice to Gadhimai. If he slaughtered something in her name, the goddess would free him from the prison and protect him from evil. While legend claims that the goddess demanded a human sacrifice, Chowdhary convinced her to accept the blood of an animal. That’s why this practice has been continued every five years for centuries. But in modern times, it simply seems brutal and cruel. 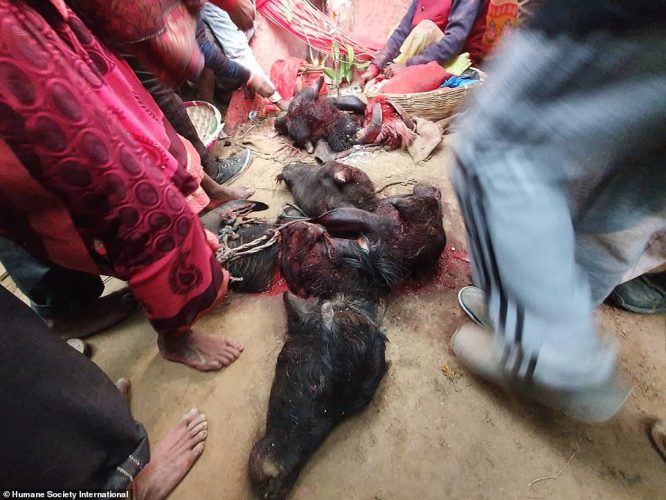 By the dawn of this year’s festival, 3,500 buffalo were gathered for the mass beheading ceremony. The Humane Society International reported that thousands were brutally slaughtered, but it was much fewer animals than previous years the festival was held.

Worshippers still believe in the goddess and slept outside to prepare for the festival. 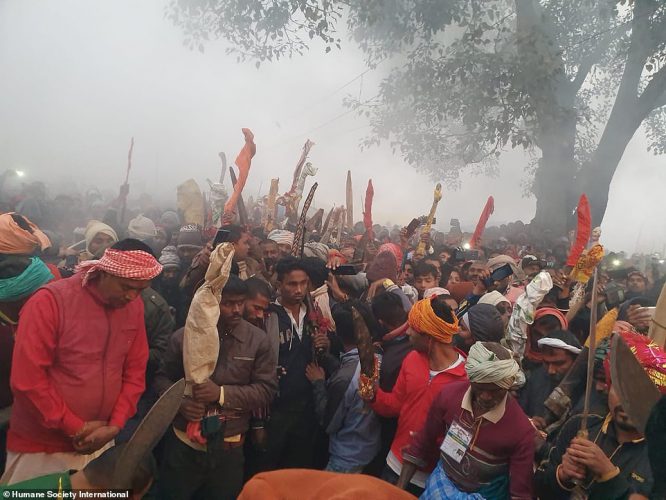 30-year-old Rajesh Kumar Das said, “I believe in the goddess. My mother had asked her for the good health of my son.”