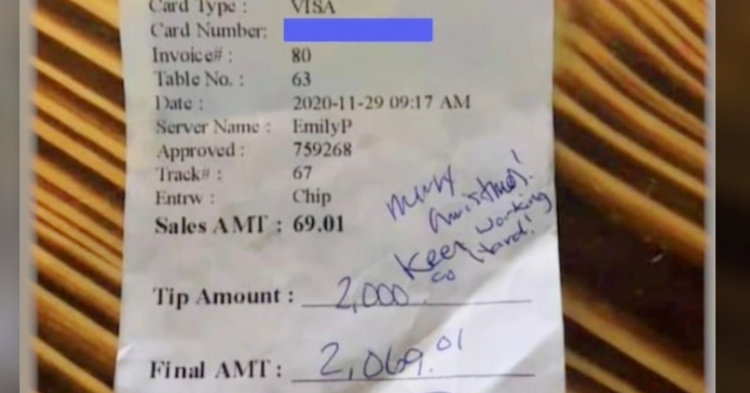 Emily Bauer works hard as a server in a Texas restaurant. As a resident of the Lone Star State, she needs to keep her nose to the grindstone in order to afford living day to day. However, the 21-year-old waitress received some good fortune in the form of a life-changing tip when a customer was feeling extra grateful. Unfortunately, the tip was stripped away from her by the restaurant manager before she was able to put it into her bank account and make the most of it.

As an employee of Red Hook Seafood and Bar in San Antonio, Texas, Bauer was busy on a Sunday. The restaurant was popping, and people were ordering all sorts of items, which kept the server on her toes. Bauer had only been working at the restaurant for a few weeks, and her section was packed. Unfortunately, that meant that service was slower than it usually was, and some customers were getting a bit perturbed. 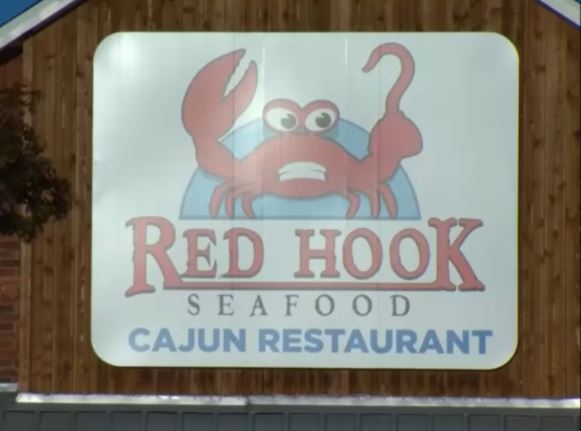 Because she felt that she was disappointing her customers, Bauer kept apologizing and apologizing to person after person. Thankfully, there was one man who was very understanding of her predicament.

“He was like, ‘It’s okay, I’ve owned restaurants, and I understand how it is to be a server.’ I was like, ‘thank you for understanding,’” Emily told The Post.

The man ordered a drink, but Bauer wasn’t able to bring it to him fast enough. When he saw her again, he canceled his order and asked for the check. Bauer was fearful that she had upset the man, who was clearly a busy businessman. Instead, he surprised her by giving her a $2,000 tip along with a message that said, “Merry Christmas! Keep working hard!” 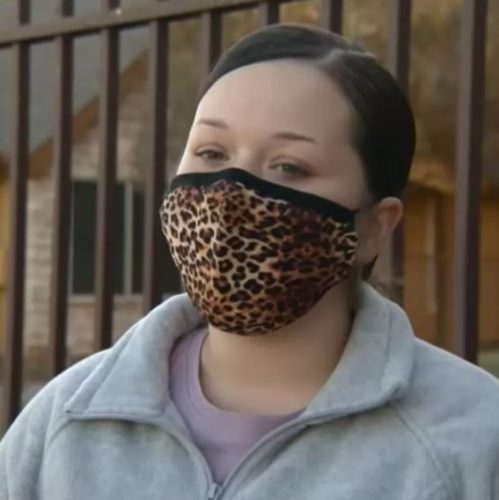 “I was like ‘oh my gosh,’ and I started crying. I was like, ‘wow,’ and I tried seeing if he was still at the restaurant, but he had left already,” Emily recalled. “The first thing that I thought of was my kids. I would be able to finally have a Christmas to give them whatever they want or whatever they need.”

Then the manager found out about the tip. He told her that she wasn’t going to get that much money from the customer.

“He said, ‘Rule No. 1. Never accept a tip like that because you’re never going to get it,’” Emily said.

The manager told her that servers were only able to accept tips up to $500. Other workers suggested breaking the tip into four installments of $500, but the manager refused to do it.

Then the generous man called the restaurant to ask why his big tip wasn’t being processed. As a Texan, he wanted the money to go to the hard-working server. 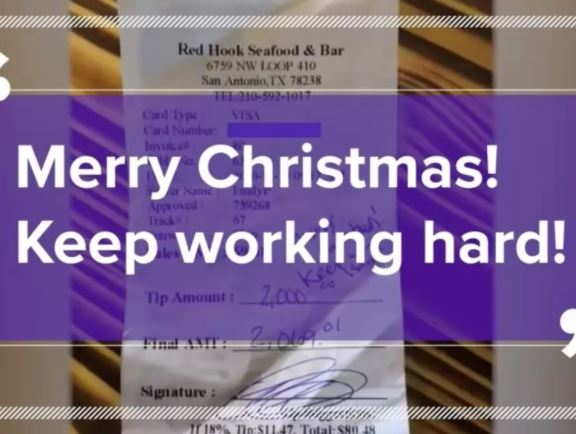 “He said that he left a generous tip and wanted to see if I received it, but she said that they couldn’t process it,” Emily recalled. “He said, ‘I don’t understand why it’s not being taken out if I have that money in my account.”

Because this happened during the pandemic, Bauer’s family was having a tough year. The large tip would have made a big difference.

“It’s been really hard to look for a job. My boyfriend was working but got laid off because of COVID,” Emily said. “For somebody to just block my blessings, it’s just like what can I do about it?”