Volunteer Group Converts A Drone Into A “Death Machine” 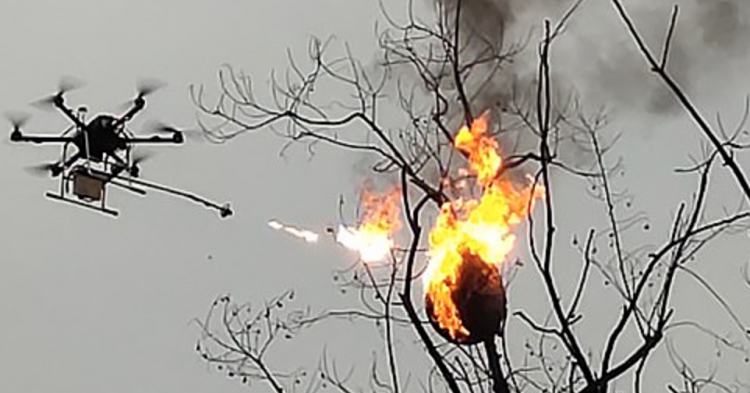 A Chinese group called Blue Sky Rescue is China’s largest nonprofit organization. The group has teamed up with villagers in Zhong county near the city of Chongqing to help put an end to the growing wasp problem. The nonprofit helped the villagers convert remote-controlled drones into a “death machine” by equipping it with a flamethrower so it could take out the wasp nests without anyone having to get too close to the dangerous creatures.

The decked-out drone with an attached flamethrower cost about $10,000. The money was raised by the nonprofit, and they helped build the death machine so they could use it to rid the village of the pesky wasps that had invaded their territory. 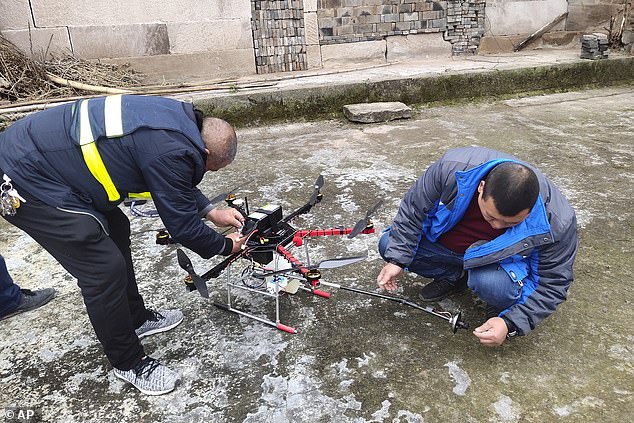 The drone was purchased new and equipped with a gasoline tank and a nozzle. This was then ignited to create a flamethrower that was used to blast the wasp nests into ash.

Footage captured the moment China’s nonprofit workers equipped the drone with the flamethrower to turn it into a death machine. Blue Sky then operates the drone, lifting it into the sky so it can get parallel to a wasp hive and destroy it with a blast of super-hot fire.

The wasp nest in the footage is very large. One report indicates that it is the size of a “suitcase.” The drone gets close enough so the operator can flip a switch and set the flamethrower on it. The nozzle spits out the flame at the pests’ nest.

“The burning ashes of the wasp’s nest gradually peeled off and fell, and the surrounding residents applauded and praised the rescue team,” reported state-owned Chongqing TV. 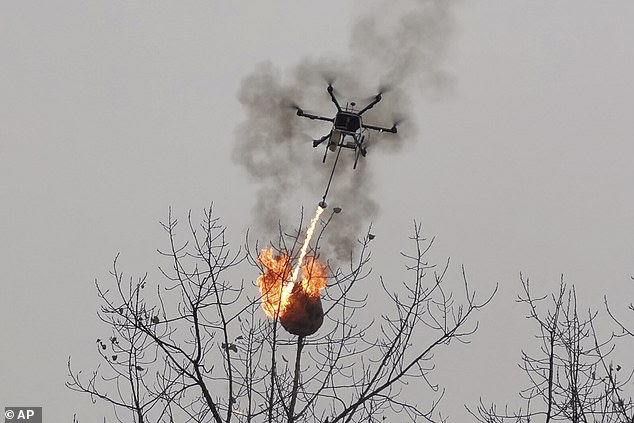 The same publication quoted a local resident thanking Blue Sky for ridding them of the wasps.

“Now we don’t have to worry about being stung by a wasp,” the person told the publication.

China Daily has reported that wasps are a deadly problem in China. Nineteen people were killed by wasp stings back in 2013 in the Ankang, Shaanxi province, according to a report.

Wasp stings can prove deadly in remote areas of China because locals do not have access to treatment.

So far, Blue Sky has set their death machine drone on eleven wasp nests. There are more than one hundred left to be destroyed by the flamethrower device. 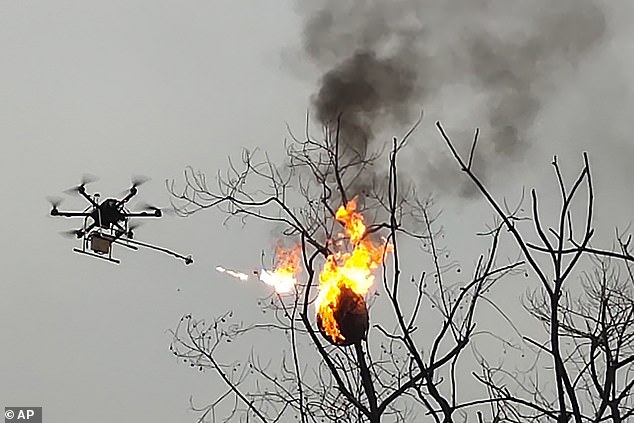 At the nephrology department of the General Hospital of Chengdu Military, Doctor Guo Dongyang said that residents of rural China are at risk of dying from wasp stings because they do not have medical treatment facilities nearby. They are forced to travel far to seek help if stung.

Dr. Guo said that many people in remote parts of China “suffer renal failure, liver failure and cardiac injury” and can die within “one or two hours” due to the potency of the wasp attacks.

Wasps are a huge problem in this part of China. Fortunately, this nonprofit was willing to get creative and create a death machine to help locals with the problem. Do you think it was a good idea for the nonprofit Blue Sky to equip a drone with a flamethrower?