Tourist Steals Artifacts From A “Haunted” Place, Returns Them Saying They Were Cursed 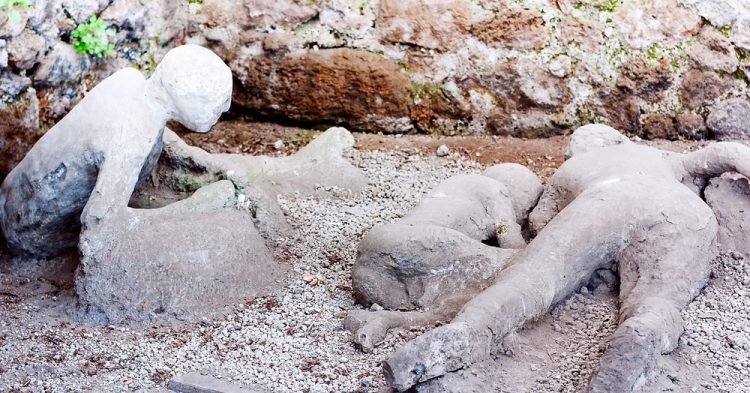 The city of Pompeii in Italy was devastated by a volcano hundreds of years ago. Because the eruption came during a time before scientists were able to warn people in advance, the ash that burst from the fiery mountain covered the city’s inhabitants and froze them in place forever. Now, a 36-year-old tourist from Canada has come forward to admit that she stole priceless artifacts from Pompeii back in 2005 – only to return to the city fifteen years later to give them back since she believes they were haunted.

The tourist, only known as Nicole, sent a package with the stolen artifacts to a travel agent based in the city. Inside the package, Nicole included two mosaic tiles, a piece of ceramic, and a section of an amphora. In addition to the artifacts, Nicole also wrote a note about how the stolen goods had brought bad luck to her life.

Among the acts of misfortunate that Nicole had to deal with were two cases of breast cancer and more. She has since learned her lesson, she said and begged the city of Pompeii – and any ghosts inside of it – their forgiveness for stealing from the devastated city.

Pompeii was covered in volcanic ash and utterly destroyed in AD 79. For more than 1500 years, it was lost to the world until the southern Italian city was rediscovered.

Nicole wrote, “I am now 36 and had breast cancer twice. The last time ended in a double mastectomy. My family and I also had financial problems. We’re good people, and I don’t want to pass this curse on to my family or children.”

In addition to Nicole’s letter, her package also included another from another Canadian couple that had also stolen artifacts from the old city in 2005. Because the Canadians stole the artifacts for their personal pleasure, they failed to realize that they were stealing from people who had lost their lives in a violent volcanic eruption.

To this day, Pompeii is one of Italy’s most visited attractions. People love to gaze upon the destruction of Mount Vesuvius. People are still shocked by the remnants of the city that was once a bustling metropolis. It was erased in a matter of moments because of the volcanic eruption that occurred nearly two thousand years ago now.

On Daily Mail, many readers shared their reactions to the story.

“I remember picking up some lava cinders at the Kapoho eruption in Hawaii a long time ago. I forgot all about having them but had all kinds of not so good things happen to me through the years. Fifteen years ago, when I moved again, I found them and dumped them into the Atlantic, figuring at some point they would maybe go through the Panama Canal and find their way back. I think the effects from that may be long term.. be careful of the souvenirs you pick up and take with you.”

“She is good people?!?! Good people don’t steal what doesn’t belong to them in the first place. The only reason she is returning it is that it caused her harm.”