This Teacher Is Now Teaching Children That Thanksgiving Should Be A “National Day Of Mourning” : AWM 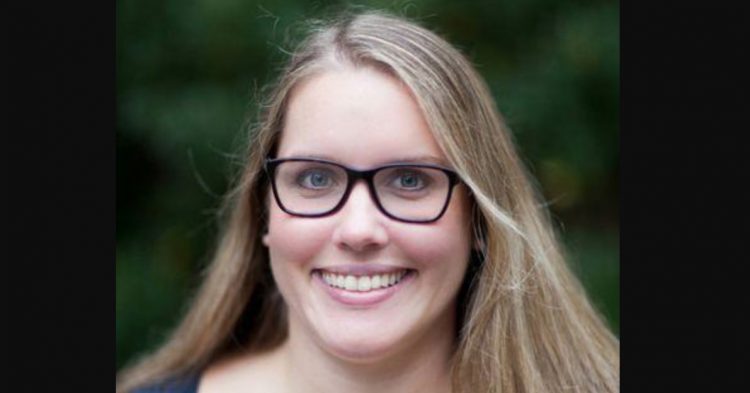 Some educators believe that Thanksgiving should be referred to as a national day of mourning. The McQuade Library at Merrimack College in North Andover, Massachusetts shared some resources in Facebook and Twitter posts to teach children about the true history of Thanksgiving. The posts linked to a toolkit created by St. Mary’s University professor Lindsey Passenger Wieck in hopes of “decolonizing Thanksgiving.”

Wieck’s bio on the toolkit article, titled “Decolonizing Thanksgiving: A Toolkit for Combatting Racism in Schools,” notes that she “is an educator, urban historian, and advocate for integrating local culture and history in the classroom.”

In the article, Wieck notes that she works to tackle “tricky issues of racial representation in my teaching and research,” and sheds light specifically on the typical grade school Thanksgiving curriculum.

She argues that “these activities are problematic because they depict Native peoples in an ahistorical way and perpetuate myths about colonial encounters.”

Further, Wieck notes that “These depictions overlook the immense diversity of Native peoples in North America, while also turning contemporary Native peoples and identities into costumes to be worn.”

The author seeks to “de-romanticize this holiday by engaging Native perspectives that recognize the diversity of Indigenous peoples and their contemporary presence in 21st-century America.”

She further points to books about Native peoples, cultures, and traditions and ways for teachers to explore “myths of Thanksgiving” with students of all ages in the classroom.

For parents looking to make school curriculum changes surrounding the education and classroom activities typical for Thanksgiving, she provides sample letters that parents can send to administrators.

Additionally, Wieck provides links to resources that can assist with teaching about Thanksgiving and Native peoples “in a socially responsible way,” including an article titled “Ten Ways to Make Your Thanksgiving about Social and Environmental Justice,” by Eve Bratman (2016). Bratman explains: “I want to make this Thanksgiving more deeply anti-racist, ecologically rooted, and anti-imperialist… Repeating the holiday with no acknowledgment of the intolerance in its history feels delusional at best, if not actively perpetuating oppression.”

The article “Teaching Thanksgiving in a Socially Responsible Way,” by Amanda Morris (2015), shares further resources, including: “Teaching about Thanksgiving in a socially responsible way means that educators accept the ethical obligation to provide students with accurate information and to reject traditions that sustain harmful stereotypes about indigenous peoples.”

Wreck also provides links that include lesson plans for each grade level.

Merrimack Associate Vice President of Communications and Marketing Jim Chiavelli told Campus Reform that the post from the McQuade Library “in no way represents the ethos of faith, family and freedom for which the college stands, nor our genuine appreciation for this most American of holidays.”

Further Chiavelli noted: “‘#NationalDayofMourning’ is absolutely not a hashtag or mentality the college endorses” and called the Twitter post an “inappropriate use of the account by a student worker.”