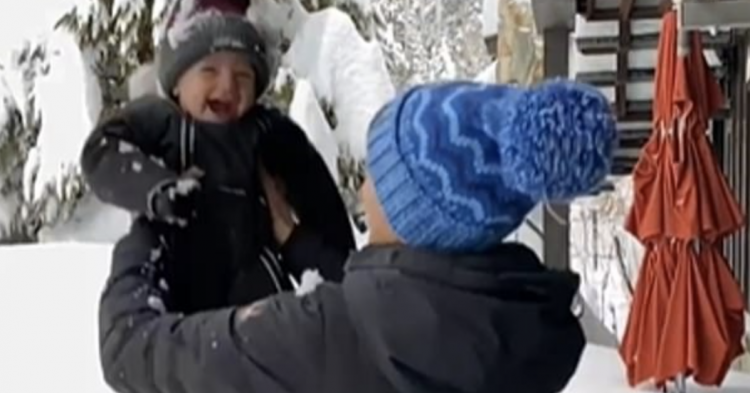 Former Olympic ski champion Julia Mancuso finds herself in deep snow after a video surfaced showing her tossing her one-year-old son into a snowbank. In the video, the 36-year-old Olympian hurls her giggling child into the deep snow so much so that he “disappears” from view in the video. Now, social media users have criticized the sporty mother for pulling this prank on her child while out in the snow.

The controversial video was posted to Mancuso’s Instagram account. She has nearly a quarter-million followers on the social media platform. The little boy in the short video clip is the creation of Mancuso and her husband, Dylan Fish. The boy who was pranked in the video is one-year-old Sonny. 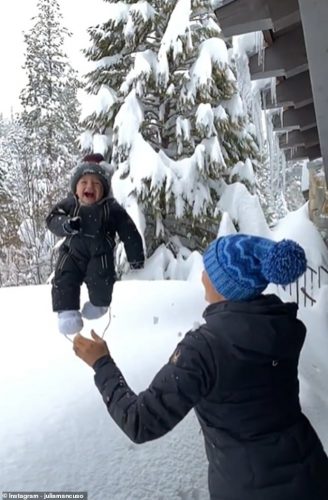 The video shows Mancuso holding her smiling toddler, whose wearing a thick snowsuit. She lifts the boy into the air and then gently tosses him into a pile of deep powder snow a foot or two away. Mom quickly removes the boy from the snow. 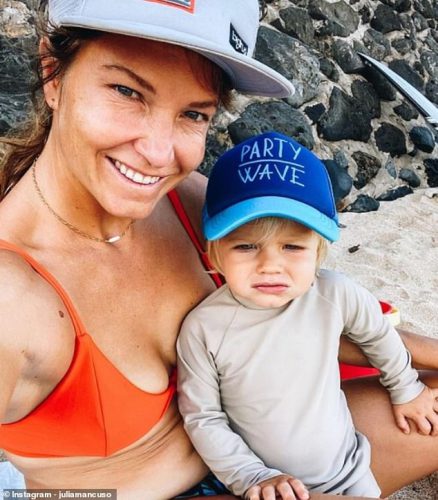 Social media users railed against the Olympian for using her son as a prop in a social media video. 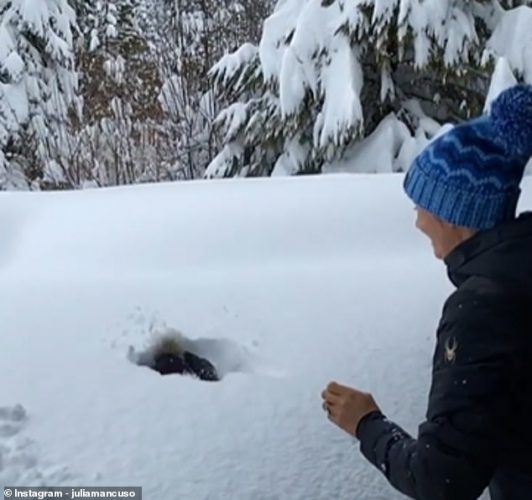 “Poor baby,” wrote one person. “Sometimes laughing is combined with anxiety. He is too small to say what he really felt.”

“He doesn’t look like he’s enjoying it at all,” wrote another woman.

“I freaked out at first because I didn’t know what was under the snow. I’m born and raised in Florida, so I assume this is our equivalent of throwing your kids in the water to teach them how to swim.”

Mancuso lives and breaths in the snow. As a retired Olympian, she spends countless hours outside working in the snow. She wanted to share her love of the snow with her little boy and decided to toss him into a snowbank for fun. 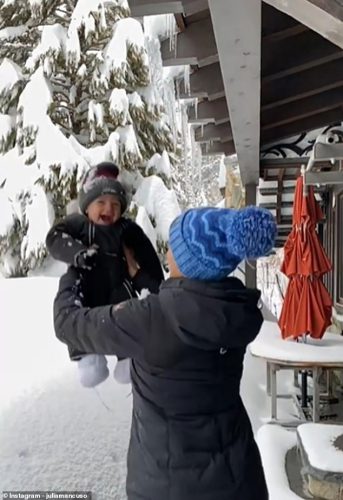 The retired competitive skier admitted that she wouldn’t encourage other parents to “throw their kid in a snowbank,” she admitted that Sonny faced “zero risk” from the incident.

In explanation of the incident, she wrote: “Sonny loves the snow. Winter is coming! Who is excited? I know this video makes some of you pretty nervous, but if you grow up in the snow – you know these days don’t come often, so when they do, you send it!”

She followed up the comment with another that said, “Just wanted to share because I’ve gotten some messages that just really don’t understand this video. Sonny loved it. There were zero risks of something being buried in the snow since it happened over the course of a day on our patio. We literally watched the snowfall. We practiced. Then we went for it. You really don’t get these conditions often and can only enjoy the fluffy softness the very next day. So year, I don’t think it’s a good idea to throw your kid into any snowbank, but when it snows like this! It’s game on.”

Do you think this mom did something wrong, or was she just having fun with her little boy?