They Told Him He Couldn’t See His Wife On Their 67th Anniversary. Then We Saw Him Standing Outside : AWM

They Told Him He Couldn’t See His Wife On Their 67th Anniversary. Then We Saw Him Standing Outside 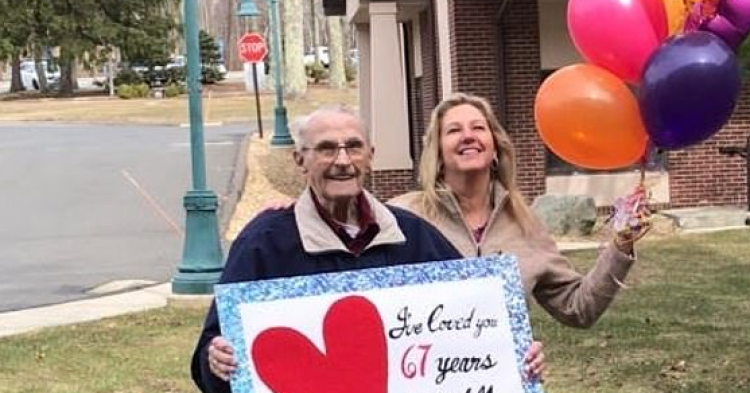 As COVID-19 devastates America, citizens are calling for more government support. Although the government has helped bail out big businesses, the people are demanding decisive and supportive action from President Trump during this trying time. And no one is more devastated by the lockdown due to the coronavirus than ninety-year-old Bob Shellard. On the day of his sixty-seventh wedding anniversary with his beloved wife, eight-eight-year-old Nancy, Shellard stood outside of her nursing home in Stafford Springs, Connecticut, and held up a sign that declared his undying love.

Nancy has been quarantined in the nursing home. Because elderly people are at the highest risk of dying from COVID-19, the Connecticut nursing home has banned visitors, which means that Shellard is unable to visit his beloved bride on their anniversary to celebrate their lasting love. 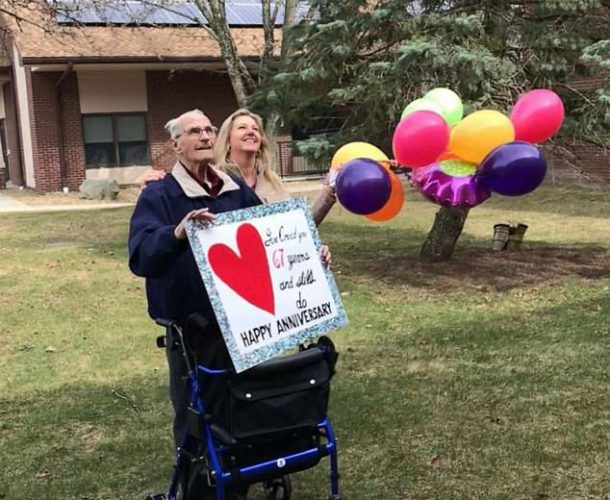 However, a sweet photograph captured the moment when Shellard stood outside the nursing home, holding a handmade sign that read: “I’ve loved you 67 years and still do. Happy Anniversary.”

Since December, Nancy has lived in the Connecticut nursing home. She moved into it because she was diagnosed with dementia. Nevertheless, Bob Shellard visits his beloved bride every day he can. And now that COVID-19 has put the old folks home into lockdown, he can only see her through the window – like Romeo and Juliet.

“He was so proud of the sign,” the couple’s daughter Laura Mikolajczak, 51, told Good Morning America. “He kept asking, ‘Do you think she’ll be able to read it?’ He was thrilled.”

Bob first fell head over heels in love with Nancy after meeting her at a small dairy shop. Nancy worked at the dairy shop, and Bob would visit it every day he could while he was waiting for the bus to take him to the job he had secured following his return to the United States after helping defeat Hitler in World War II. 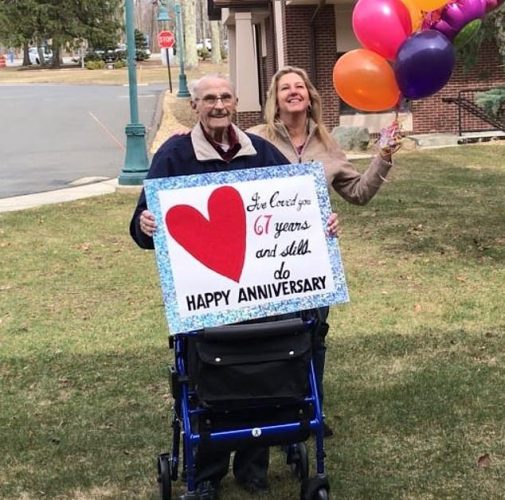 Because Bob loves Nancy more now than ever, he visited her every day he could since her admission to the nursing home in December. But now that COVID-19 has caused the nursing facility to go on lockdown, he is forbidden from seeing his love.

“I just miss her now that she’s in the nursing home,” Bob told GMA.

Because elderly people like Nancy, as well as many baby boomers, are at high risk of dying from the coronavirus, nursing facilities and many hospitals have forbidden visitors from coming. The doctors and nurses want to protect the people who are most vulnerable to COVID-19 before they catch it, and it kills them. 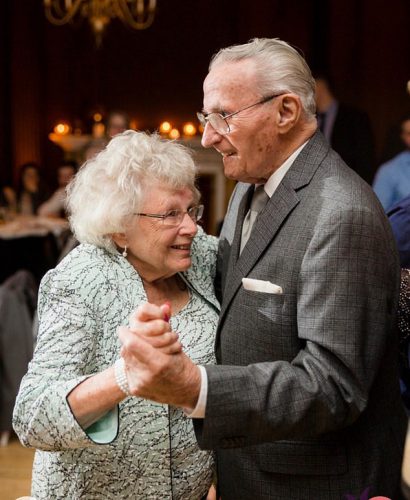 The CDC released data that said that eighty percent of deaths associated with COVID-19 were of adults aged sixty-five or older.

On the day of his anniversary, Bob knew that he had to visit Nancy. Laura, his daughter, suggested standing outside her window with the balloons. It was bob’s idea to make the heartfelt poster.

“They have always been an inspiration to us,” Laura told WNBC in New York. “There’s just a sweetness to the two of them and what they share.”