They Finally Figured Out Why This Dog Has Been Sitting At The Hospital For Months : AWM 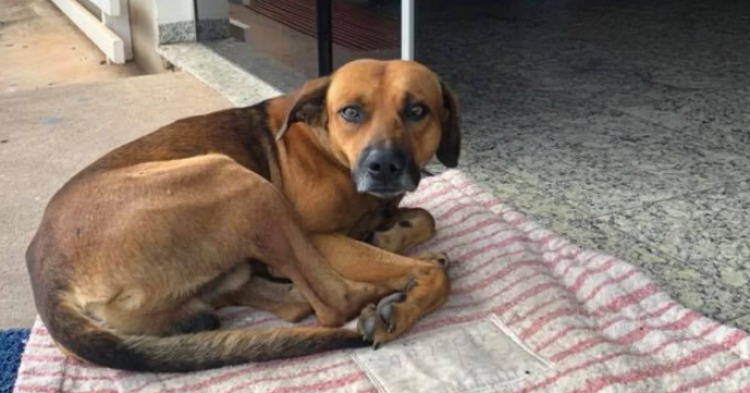 Every day for months, one woman noticed that a dog was waiting outside the hospital. The woman figured that the loyal animal was eager to see its owner. But after some time, she had to wonder where the human was. The poor creature was so loyal and eager to wait and wait and wait for its owner – but would its human ever come out of the hospital and return to the dog’s life?

As it turned out, the dog was waiting for an owner who had deceased while in the hospital. However, the poor animal had no way of knowing the truth about the owner’s fate. And because the dog did not know that the dog had died, but the pooch from Sao Paulo, Brazil was eager to see its owner again. 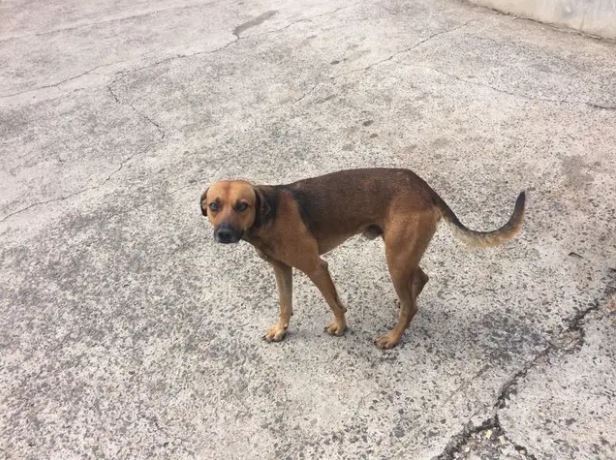 The truth about the owner was devastating. The owner had been stabbed in a violent assault at one of the many dangerous parks in Sao Paulo – and the owner was rushed to the Santa Casa de Novo Horizonte Medical Center to get treated for the wound. Unfortunately, the poor dog owner was unable to survive the attack and died while under the care of the empathetic Brazilian doctors.

At the time of the attack, the man was taken to the hospital in an ambulance. Because the dog was not allowed into the rescue vehicle, the pooch had to chase after the ambulance. It was able to keep up with the speeding vehicle as it rushed through the streets of the busy Brazilian city. It was a miracle that the dog was able to not lose the ambulance given how big Sao Paulo is and how many cars are racing through city’s arteries every single day at every single hour. 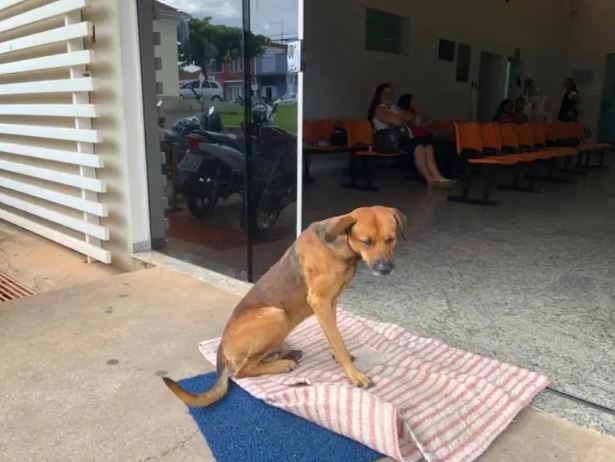 When the dog arrived at the hospital, he had no idea that the owner had died. Although the person was unable to survive the knifing at the Sao Paulo park, the dog had no idea about that. It just thought the doctors were still treating the person. That’s why the dog continued to wait and wait and wait for the owner.

It was only much later when a stranger realized that the dog was waiting for a dead person to come out of the hospital.

Cristine Sardella was the woman who noticed the lonely dog. She first thought he was stray but quickly realized the truth.

“He would get up to let people pass by, very politely, and then lay right back down again,” Cristine told The Dodo. “He was educated and tame.” 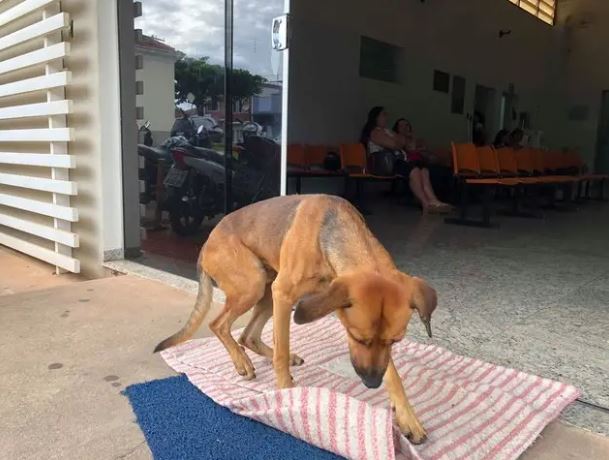 When she asked around, it was clear the dog belonged to a person who died.

“We have a lot to learn from animals. This dog stays every day at the door of the holy house again, waiting for its owner, who unfortunately passed away. I hear it’s fed by some people. Waiting for him is in vain, but the love he nurtures for the owner is eternal. I also observe the respect that holy house staff has for him. And so, follow life, animals teaching men true love,” Cristine Sardella wrote on Facebook.

She added, “It’s sad to know that he will never see his owner again and will not understand what happened. The only thing left is to wait at the last place where he saw him.”

Eventually, the hospital director found the dog a home.