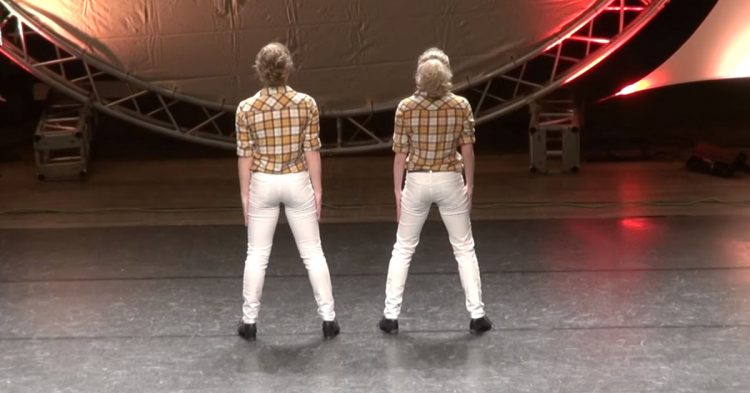 At first glance, you might not believe this type of dance routine could blow you away, but you’d be wrong. Clogging is typically an impressive Irish form of dancing, but it’s all pretty predictable in the way it’s done — there’s definitely some fancy footwork, but limited upper body movement. It’s all about the feet, basically. This routine is very different — it’s clogging, but with a decidedly different and exciting spin.

The girls, Madison and Morgan, turn out an amazing clogging duet in this video making the rounds from the 2013 Clogging Champions of America – Showdown of Champions in Knoxville, Tennessee. 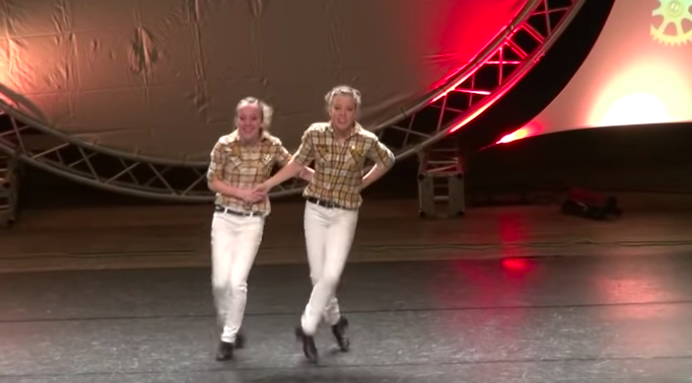 Madison and Morgan perform a high energy clogging routine to Keith Urban’s song “Hit the Ground Runnin’,” which is far cry from the traditional Irish music that most typically accompanies a clogging routine.

The girls aren’t even dressed in the way you’d normally expect, wearing plaid shirts and white jeans, ponytails, and of course, clogging shoes. The video begins with their backs turned to the audience, who are cheering and hollering in anticipation of their routine. 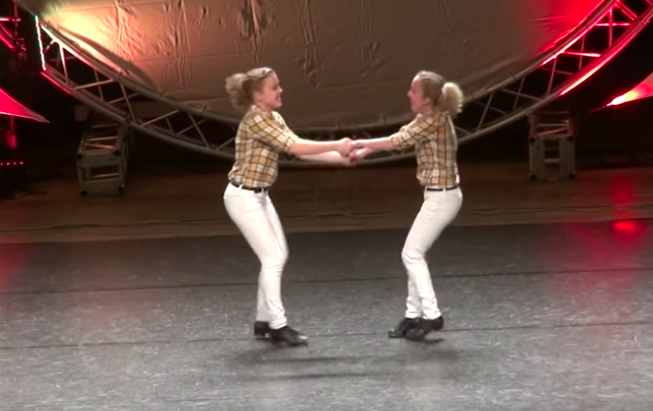 The music starts and right out of the gate, it’s high energy and big smiles, as they quickly turn around and strike a country dance pose… and then their feet get to work and their duet takes off as they work together, holding hands and twirling each other around.

Once they’ve spun around, they keep holding hands, as their arms are now crossed over each other, and get some high kicks in, circling around the stage, and even managing to perform a high jump move.

Each girl now has a hand on her hip and they’re still holding hands, with the clogging moves in full swing and their choreography perfectly executed as they’re in sync on every turn and fancy foot move. 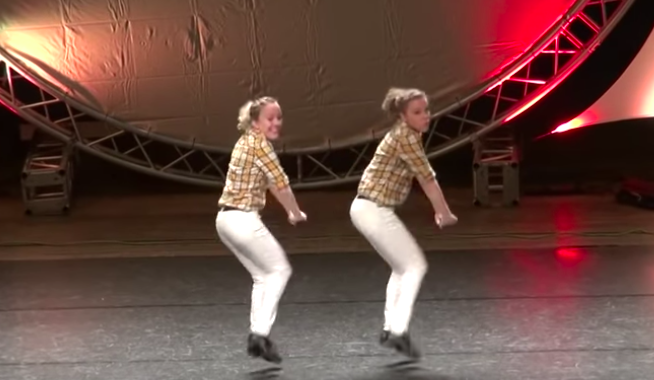 As if the dance choreography wasn’t the typical clogging routine, they also get some upper body arm and hand movements into the mix. It’s all really fun and upbeat, with an amazing mix of traditional and modern moves mashed together.

Watch some of their turns as their arms are looped around and they pass seamlessly through before moving into more impressive moves straight through to the end.

Among those who left comments on the video were those who were definitely impressed, with notes such as “Wow! Clogging is energetic!” and “WOW!!!  That was fantastic.”

There was some debate about the style, however, as one person remarked: “Talented, BUT that is NOT clogging.” 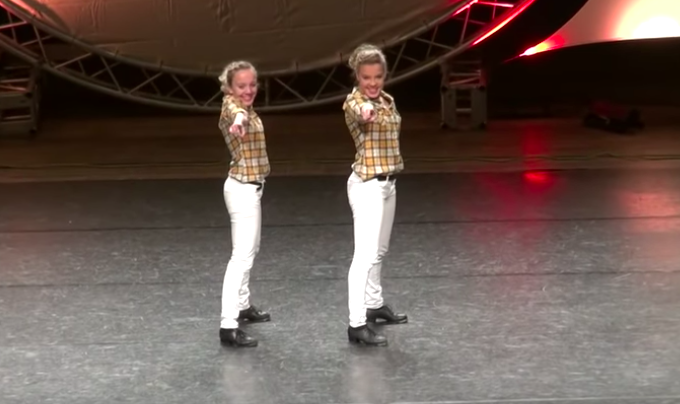 Another person responded: “Clog comes from the Irish Gaelic word for ‘time.’ Add to the obviously Irish steps here, and it certainly is. Don’t denigrate changes in our culture. This is a modern Irish-American dance style, which we should be proud of.”

Another commenter confirmed that this is, in fact, clogging, adding their own personal experience with the style: “I have taught clogging and it is. There are different styles and complexity. You can plainly see the shuffles and the double steps in there as well as a hint of buck step style mixed in.”