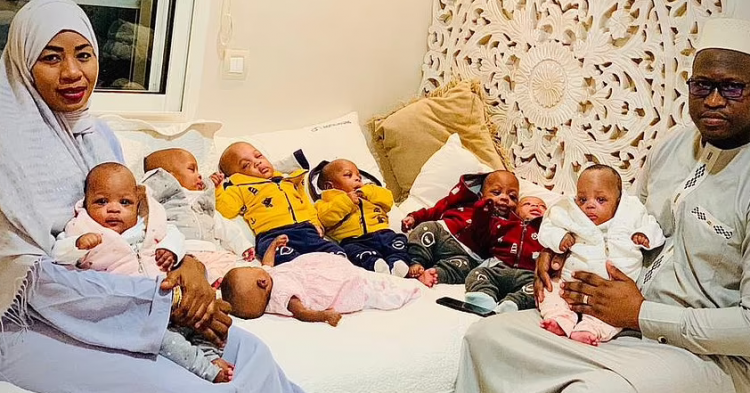 On May 5, 2021, Halima Cisse’s grueling pregnancy finally came to an end. She successfully gave birth to nine babies at the Ain Borja clinic in Casablanca, Morocco. The birth of Cisse’s miracle nonuplets broke the world record previously set in 2009 by Nadya Suleman, who had given birth to eight babies that all survived the process. In the months since Cisse gave birth to her nine children, the little ones have been under careful observation and are finally almost ready to return home to Mali.

Now, images of Halima Cisse and her nine babies are making their way onto the internet for the very first time. Although she gave birth five months ago, the family has been under close care from hospital workers who were ensuring the little ones survived the ordeal. Now that they’re in much better health, the family is gearing up to get on a plane and return home to Mali, where they’ll be able to start their life as a family. However, they may never completely escape the prying eye of the media, which is very eager to get to know the babies that hold the world record for the most children born at one time. 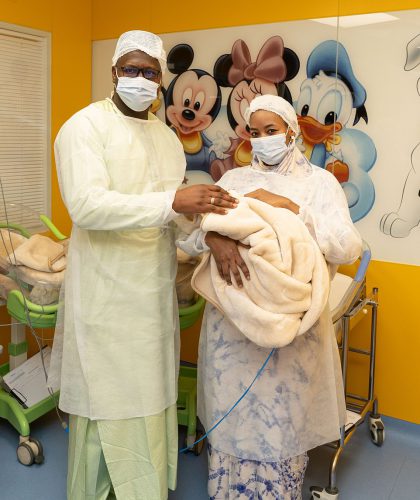 In an exclusive interview with Daily Mail, the twenty-six-year-old mother said: “All of them are getting on very well and are a joy to look after. They are getting stronger every day, and it may well be they are allowed to leave full-time medical care soon so that we can take them home.”

Cisse had conceived her nine children naturally. However, they were very small when born, weighing between just 500gm to 1kg. Because of their small size, the newborns had to stay in the neonatal intensive care unit. Hospital staff used incubators to help the children survive the birth and to get healthier during their first few months of life. Now all nine children have gained weight and are getting ready to fly home to Mali to live a joyful life with mom and dad. 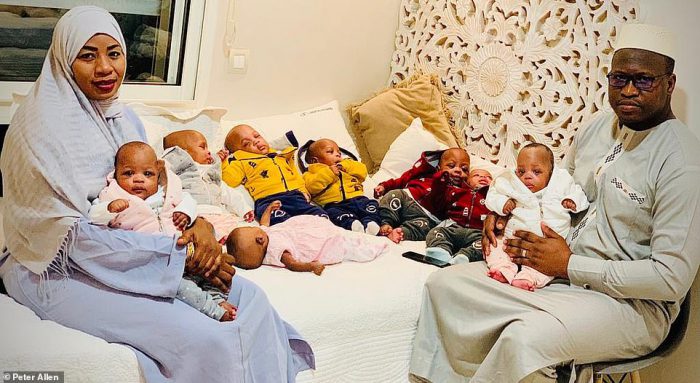 The babies are approaching their six-month age and Cisse, and her 35-year-old partner, Kader Arby, celebrated by sharing photos of the family with the world. The four boys are Oumar, Elhadji, Bah, and Mohammed VI. 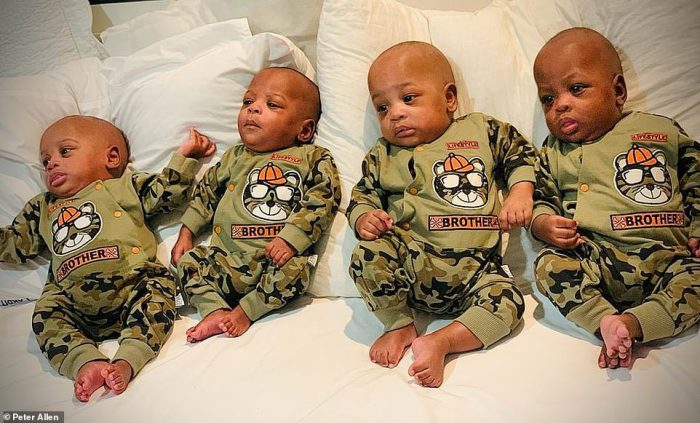 The five girls are Adama, Oumou, Hawa, Kadidia, and Fatouma. 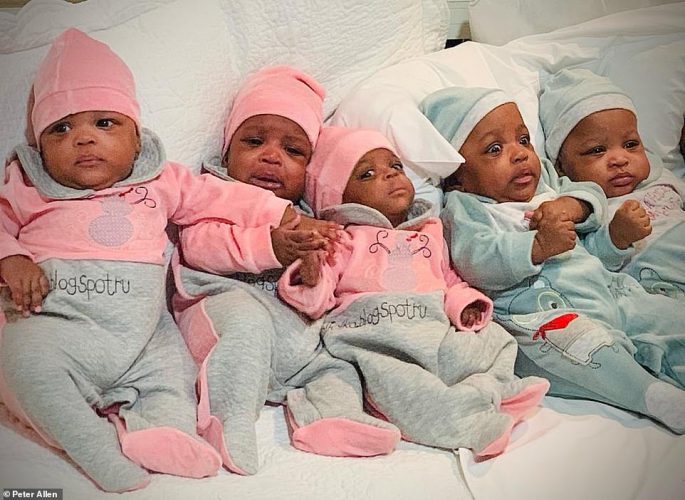 The nonuplets were removed from incubators back in August and had been living in an apartment near the hospital, so health care professionals can keep a close eye on their progress.

“Giving birth to one child is hard enough, but having nine is unimaginable,” said mom. “It’s astonishing the amount of work that is involved in looking after them. I’m grateful to the medical team that is doing all the hard work and the Government of Mali for funding this.” 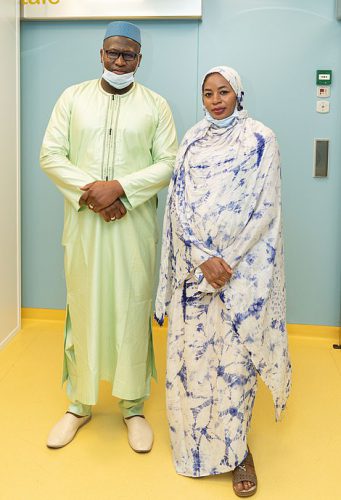 Kader, Cessis’ husband and the father of the children, confirmed that mom lost a dangerous amount of blood during the birthing process. Doctors estimated that mom’s belly weighed more than 30 kilograms, which included the babies and the birthing fluids.

Dad said, “Being together as a family is the best thing in the world, and we give thanks to God all the time. The most important thing is that we are all safe and well and in great hands.”