There’s A Girl Scout Cookie Boycott Going On, But Will Join Them? 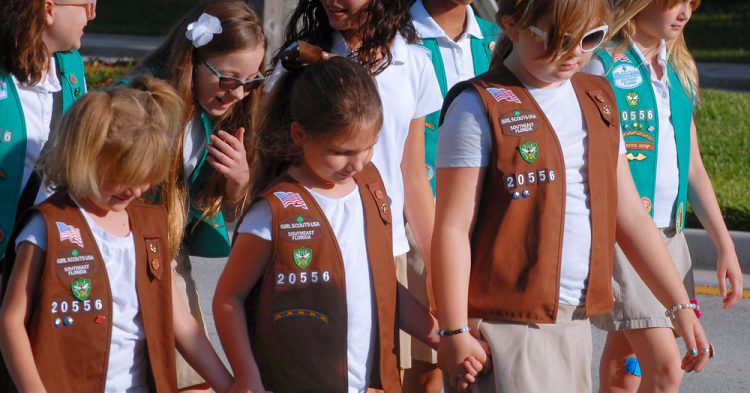 Palm oil requires a lot of natural resources to be produced. It has been problematic for years, but not everyone knows exactly why. As it turns out, the palm oil business is a big business. And the product can be used for much more than just food. However, the creation of the common oil requires so many natural resources that the rainforests of the world are going away.

Rainforest Rescue, a nonprofit organization that fights the use of palm oil, stated the palm oil could be used for so many different things, including food, cosmetic products, and even as a biofuel in some instances.

“At 66 million tons annually, palm oil is the most commonly produced vegetable oil,” Rainforest Rescue noted on its website. “Its low world market price and properties that lend themselves to processed foods have led the food industry to use it in half of all supermarket products. Palm oil can be found in frozen pizzas, biscuits, and margarine, as well as body creams, soaps, makeup, candles, and detergents.”

Although you may not buy palm oil in a container, many items you have in your kitchen may have palm oil as an ingredient. Because it is such a common ingredient, you may not be surprised to learn that Girl Scout cookies stuff their treats with cheap oil.

Nevertheless, palm oil production has caused deforestation in many parts of the globe, including the gorgeous, once-lush rainforests of Southeast Asia, Africa, and parts of Latina America. Palm oil production generates so much cash for big business that entire groups of indigenous people have been displacing and animal habitats have been erased from creation.

Olivia Chaffin, a young Girl Scout from the heart of Tennessee, learned about the palm oil problem and decided to do something about it a few years ago. Although Chaffin, 10, often sold as many as 600 boxes of Girl Scout cookies, she decided to boycott the sweets because they use palm oil as an ingredient.

“In 2017, I wrote to the president of Girl Scouts concerning palm oil in Girl Scout cookies,” Chaffin, who is now 13, wrote in a Change.org petition this month. “She wrote back and told me that it was sustainable palm oil, meaning rainforests were not destroyed to grow the palm plants that that palm oil comes from, but on the box, it says mixed, sustainable palm oil.”

She continued, “I did some research and found out that mixed, sustainable means only a portion of the palm oil is sustainable, meaning it is unknown how much sustainable palm oil is in the cookies. It could be a large amount. The reason palm oil is normally used is that it is cheaper than most other oils, but that doesn’t justify destroying such a valuable part of life.

“Rainforests have the most biodiversity on earth, and medicines and possible new cures come from the rainforest,” she continued. ‘Rainforests also provide homes and food to many animals. Millions of acres of rainforests are destroyed each year, and hundreds of species of animals go extinct every day due to deforestation. According to some scientists, by the year 2030, more than half the Amazon rainforest could be destroyed.”

Will you boycott Girl Scout cookies this year to help save the rainforests?