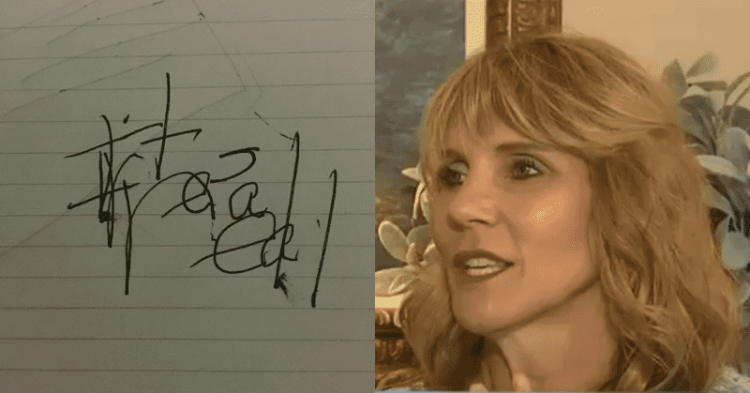 An Arizona woman died. She was gone from this earth for 27 minutes after suffering a devastating heart attack back in 2018. The woman, whose name is Tina Hines, has decided to come forward and share her experience about being “dead,” and the first thing she did when she came back to this plane of existence, which was scribble “It’s real” on a pad of paper.

Because Tina came back to her body with an urgent message about the afterlife, she wanted to get it out before she forgot it. After being dead for 27 minutes, the first thing she did when she came back from the dead asked for a notepad so she could share a message about what she discovered in the space beyond life as we know it. 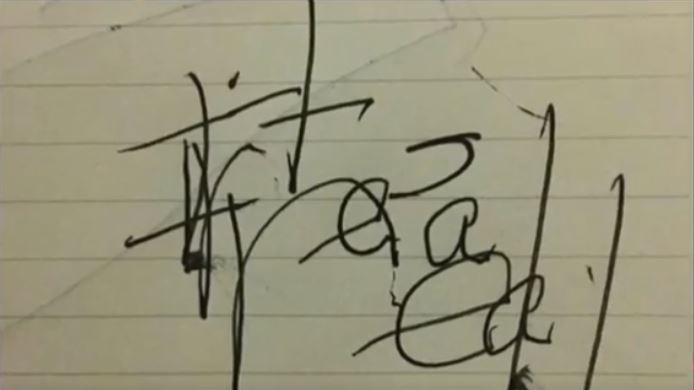 Although the experience changed Tina Hines’s life forever back in 2018, her niece Madie Johnson recently shared an image of a new tattoo that she got to remind her about the experience of the afterlife and what her aunt saw while she was visiting it.

The tattoo was modeled off that message that Tina Hines scribbled on the notepad after she came back from the dead.

“Her story is too real not to share and has given me stronger confidence in a faith that so often goes unseen,” Johnson wrote.

“A little over a year ago my Aunt Tina, one of the most amazing, discerning, and healthy people I know had an unexpected cardiac arrest and according to doctors had died and was brought back to life four times by my Uncle Brian and first responders before arriving at the hospital. She was put on a defibrillator and after miraculously waking up the first thing she did, unable to speak because she was intubated, was ask for a pen and in my cousin’s journal wrote ‘it’s real.’ The people in the room asked ‘what’s real?’ and she responded by pointing up to heaven with tears in her eyes.” 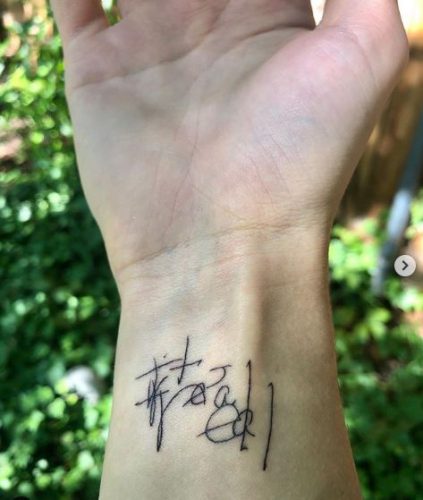 “Her story is too real not to share and has given me a stronger confidence in a faith that so often goes unseen. It has given me a tangibleness to an eternal hope that is not too far away. I love you (Tina Hines). The way you boldly love Jesus and others has changed the way I hope to live and love.”

Because Tina came back from the heart attack, she woke up and wanted to share the message she had gotten from the afterlife. A study by scientists in 2013 that got published in the journal Proceedings of the National Academy of Sciences found that lab rats had high brain activity at the time of their deaths, which is hypothesized to be what near-death survivors are experiencing.

“A lot of people thought that the brain, after clinical death, was inactive or hypoactive, with less activity than the waking state, and we show that is definitely not the case,” said Dr. Jimo Borjigin, who led the study. “If anything, it is much more active during the dying process than even the waking state.”

Nevertheless, Tina Hines ensures her followers that it was Jesus who was at the other end of the tunnel.