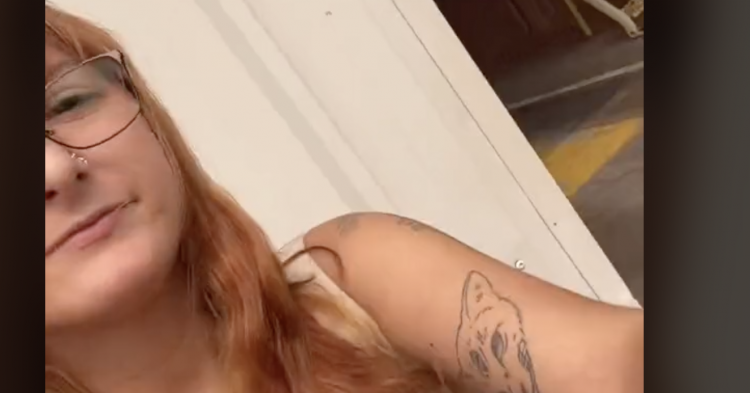 A young female TikTok user has come forward to accuse a mechanic of kicking her out of the shop because her shirt was “too inappropriate” for their place of work. Although debates rage on TikTok and other social media platforms about what is and is not “appropriate” attire, the fact remains that this woman was booted from the show because of the shirt she had decided to wear that day.

In the viral video, which Tia Wood posted to the Chinese-created social media platform, she was asked to “wait outside” of the mechanic shop while her car was getting an inspection because her shirt was “too inappropriate” for the place of business. Tia Wood complained that she was shocked to find that the mechanic had a dress code that forced her to leave the establishment.

“Didn’t know getting your car inspected had a dress code!” she captioned her clip, which has gone viral with more than 1.6 million views and counting.

Because her first video left viewers with a lot of questions and the desire to know more about what was happening at this mechanic shop, Tia Wood posted a follow-up video to further explain the discrimination she faced because of the shirt she had decided to wear to the mechanic on the day her car needed an inspection.

“What I’m about to show you is potentially very dangerous for the welfare of your car, so make sure your vehicle is nowhere near your phone for the next like 10 seconds,” she said sarcastically.

Wood explained that her shirt never crossed her mind as a possible problem when she was heading over to the mechanic because she “didn’t think it mattered” to the manly men who typically work at these shops.

“I’m sorry,” she said, before asking, “Are you inspecting (my car) or baptizing it?”

In a third video, Wood explained that she got on the phone with a representative of the mechanic shop to talk through how she was booted out of the shop for violating its supposed dress code policy.

“So they told you, you weren’t allowed in the waiting area because of your outfit?” the other person on the phone can seemingly be heard saying. “I’m asking questions because this is the first time we’ve ever heard something like this.”

The customer service professional on the phone with Wood confirmed that the mechanic shop did not have a dress code but did require customers to wear face masks when on the premises due to COVID-19 safety.

People on TikTok didn’t quite know how to respond to Wood’s situation. Some people felt that the mechanics might not have wanted her in the shop because she had too much skin exposed, which could be a safety issue.

“Didn’t know the dress code is usually black tie for formal events such as getting your car inspected,” someone joked.

Wood showed off her outfit in the video below. She’s wearing a skimpy top that bares her arms and stomach.

“There’s nothing wrong with your outfit,” another pointed out.

“I saw the other video first and was on your side, but… that’s not at all a crop top,” a commenter argued.

Do you think her outfit was inappropriate for the mechanic shop?