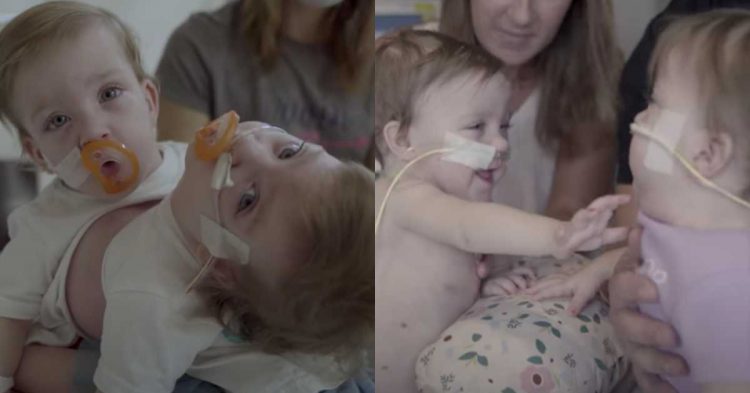 Cojoined twins are rare. That’s why Sarabeth and Amelia Irwin were seen as a blessing by their parents. Because they were born with their chests and bellies connected, the twin sisters were born in a loving embrace. The sight of the newborn babies holding onto each other like that was enough to melt everyone’s heart in the delivery room. Nevertheless, the twins needed to eventually undergo surgery to separate their bodies so they could lead healthy, normal lives.

The Irwin twins were born at Michigan Medicine’s Von Voigtlander Women’s Hospital in Ann Arbor on June 11, 2019. Thankfully, the C-section went off without a hitch. The little girls were taken from their mother’s womb with their arms wrapped around one another, protecting each other in a way only twins could do. Both were experiencing the “real world” for the first time at the same time. 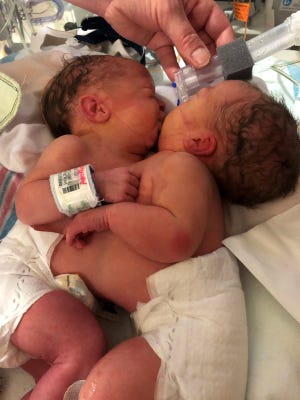 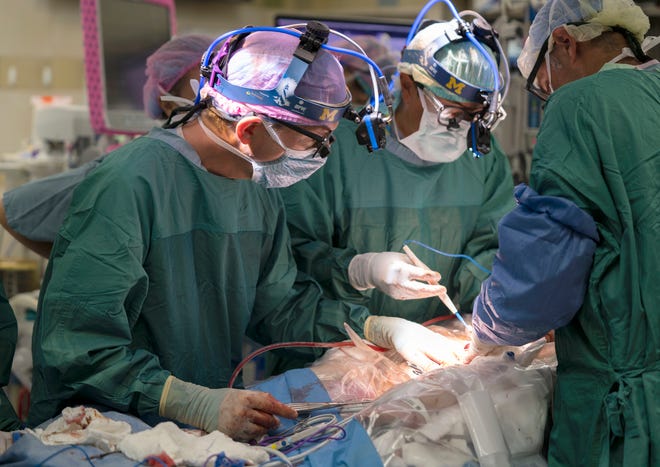 For the first fourteen months of their lives, the twins continued to retreat into the safety of their shared embrace. Being able to have someone so close at all times was comforting for the conjoined twins. But they eventually needed to be separated in what would become a medical achievement worthy of international recognition.

Dr. George Mychaliska, a pediatric and fetal surgeon, first saw the twins during an ultrasound three months before their birth. He went on to lead the surgery team during the twins’ separation. Now, he is pleased with the result.

The twins underwent surgery on August 5, 2020. The medical marvel required the constant attention of doctors for an alarming eleven hours! Nevertheless, the team of doctors worked tirelessly to separate the girls – and their procedure was successful! 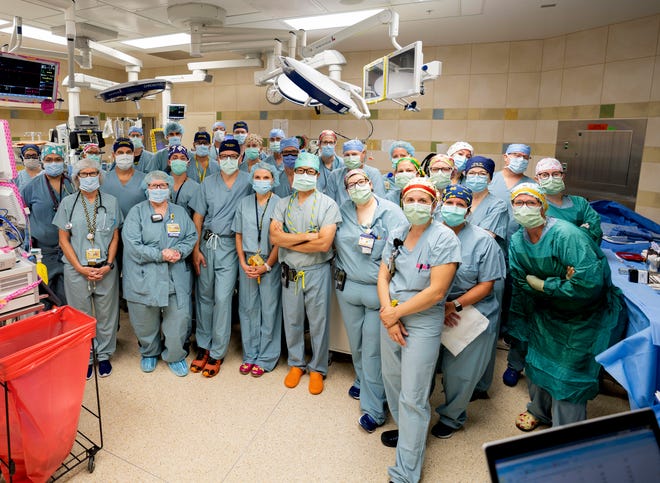 The staff required to perform the operation included two teams of surgeons. Each girl had her own team of doctors. In total, twelve medical professionals (maybe a few more) were in the room, working to make the separation surgery a success. And what a success it was!

“Their outlook is really quite good,” Mychaliska said, “especially with their parents. Their parents are really special people. They got the perfect parents for being conjoined twins. Not only because of their commitment, love, and support but because they’re just very innovative and optimistic people. I think that really made a big difference.”

With the separation deemed a success, the twin girls are expected to go on and lead normal and healthy lives. The girls will be independent – although the love they have for one another won’t be going anywhere. They still are going to want to share embraces as often as possible – especially as a way to soothe themselves during a global pandemic. 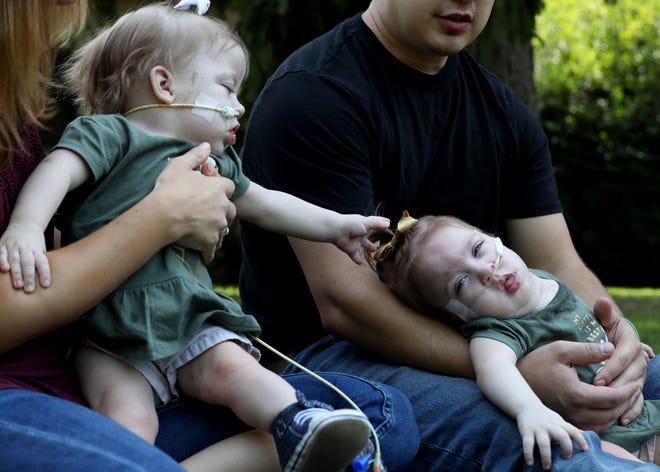 The father of the Michigan twins, Phil Irwin, could not be happier with the results.

“Other than taking our word for it, you would almost never know that they were conjoined,” Phil told the Detroit Free Press in mid-September.