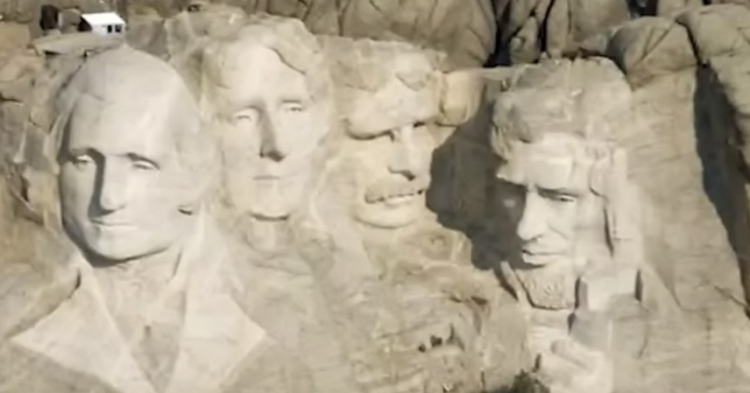 Across the country, protestors are calling for the removal of statues portraying former Presidents George Washington and Thomas Jefferson. Both of these Founding Fathers advocated for slavery and held Black people in bondage without fair compensation or free status. Since both Washington and Jefferson are portrayed in Mount Rushmore, people are questioning whether it will soon become a thing of the past as well.

In the wake of the killing of George Floyd by white police officers in the Minneapolis Police Department, white Americans are taking a closer look at American history. As any American history book will tell you, Washington and Jefferson were slave-holding elitists from the Colony of Virginia where they earned their massive wealth off the backs of Black slaves, whom they did not pay a dime for their labor.

Conservative pundit Ben Shapiro was the one who drew attention to Mount Rushmore as a potential monument that needs to be removed. Shapiro is upset about the status of racial inequality in the country and wanted to make sure both liberals and conservatives had their heads on straight when it came to the protests.

Ben Shapiro tweeted: “So, when is our woke historical revisionist priesthood going to insist on blowing up Mount Rushmore?”

In response to the protests, South Dakota Governor Kristi Noem made it clear that Mount Rushmore was not going anywhere, at least while she was in office.

Although Noem’s response has been retweeted tens of thousands of times, people are not convinced she will be able to slow the tide of progressivism that continues to sweep across the country. More white Americans are becoming “woke” to the idea of racial inequality in America. Not only were Black people held in slavery for nearly a century as the Declaration of Independence, but it was also because of slaves that men like Washington and Jefferson were able to rise above their station and accumulate massive wealth and power.

However, Mount Rushmore might be on the chopping block for more reasons than its honoring slave-holding presidents of American history. That’s because the monument was built on land stolen from the Native American tribes of the area who were granted ownership of the Black Hills in perpetuity in the Fort Laramie Treaty of 1868. However, Gen. George Custer, in 1874, violated that treaty when he recruited the United States Army to invade Native American territory to mine gold in the mountains.

The Indiana Appropriations Act of 1876 cut of rations to the Lakota tribe – starving the people – until they ceded the Black Hills to the federal government.

In 1979, the United States Court of Claims ruled in favor of the Sioux Nation, awarding them $17.1 million from the federal government for illegally seizing the Black Hills from their possession. However, the United States government has refused to work with the Sioux Nation to come to amicable terms. The fight continues, and even the United Nations stated in 2012 that Indigenous land like the Black Hills needs to be returned to the rightful owners, the Native Americans.