She Struggled To Get Pregnant For 8 Years. Now She’s Pregnant With A Baby And Twins 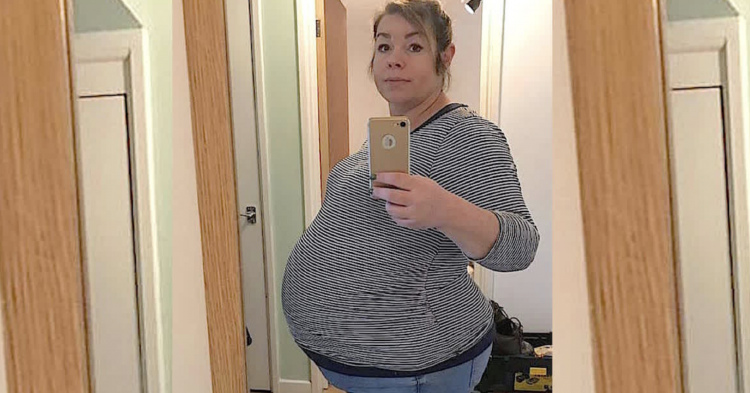 For nearly eight years, Beata Bienias and her husband, Powell, were desperately trying to grow their family. The pair were deeply in love and had everything they wanted in life except for little children of their own. Despite trying everything for seven years, Bienias just did not get pregnant, and her dream of being a mom seemed to be slipping through her fingers.

“I never thought I would have a problem with getting pregnant,” the 36-year-old laundry and linen service worker in Corsham, England, who was originally from Poland, told TODAY via email. 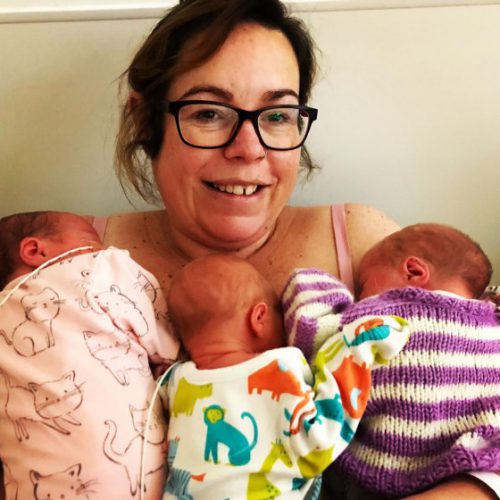 In addition to being overweight, Bienias was also diagnosed with the polycystic ovarian syndrome. The pair of conditions worked to make it harder for her to conceive a child. Doctors urged her to shed some weight, so she did, losing seventy pounds. But that still was not enough. Eventually, Bienias and her husband decided to try in vitro fertilization (IVF).

Doctors harvested eggs from Bienias’s ovaries and told the couple not to have sex during the IVF process. However, Bienias bent the rule when it was Powell’s birthday. They didn’t think anything of it since they’d had sex countless times without conceiving a child. Nevertheless, this one time would prove fateful. 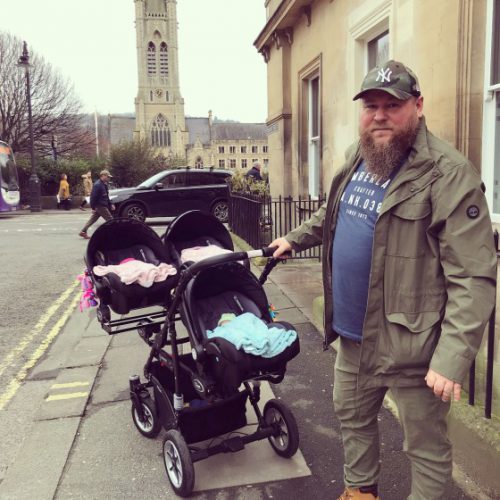 Soon, doctors implanted the fertilized embryos into Bienias’s uterus. Then she received the news that she was pregnant!

“We all discovered the wonderful news,” Bienias said.

However, the first sonogram appointment revealed something that no one saw coming. Bienias was not just pregnant. She was pregnant with triplets. Yes. After nearly a decade of desperately trying to get pregnant, the 36-year-old was pregnant with three babies at the same time. 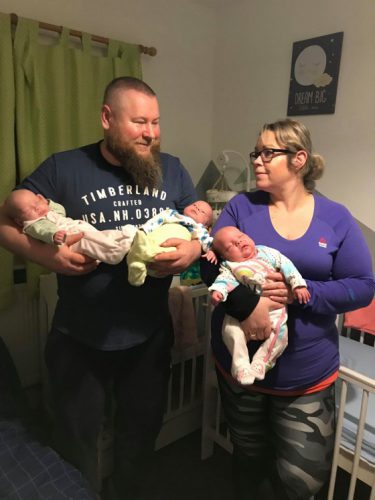 “We both were in shock, and we looked (at) the monitor with disbelief, just wondering who put (three babies) there,” said Bienias. “Straight away I called my mum, and then I started crying saying, ‘There’s three inside me.’”

Doctors did some more investigation to see what had happened. They were at a loss for words when they found out that only one of the embryos inside of Bienias had been planted there. The twins had actually been conceived naturally when the couple had unprotected sex on Powell’s birthday.

“This is so ironic after trying for so long, and when we got the treatment, we conceived naturally,” she said.

Dr. Christine Greves, who did not work on Bienias’s case, was contacted for an interview regarding her work as a doctor at the Center for Obstetrics and Gynecology in Orlando. Dr. Greves confirmed that it is possible for a woman to have both a natural and IVF pregnancy at the same time – although it is very rare. 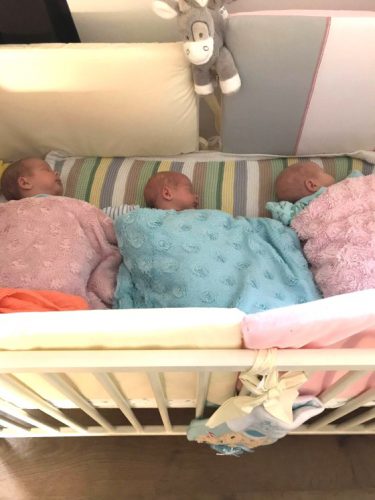 “One can conceive naturally when undergoing IVF treatment … and the implanted embryo can take,” she told TODAY. “It is possible.”

Dr. Greves added, “It happens very rarely. A lot of the people who seek IVF have difficulty getting pregnant.”

After the shocking pregnancy, Bienias went on to deliver three healthy babies – Amelia, Matylda, and Borys. The little ones were born on December 13, 2018, when mom was 34-weeks pregnant. After a week in the hospital to ensure all were healthy and happy, the family returned home. Now, Bienas and her husband are busy raising three babies in a bigger family like they always wanted.

“It can be difficult and hard, but it’s more than 100 percent worth it,” Bienias said. “I’m tired after a night, but when I look into these little faces, it melts my heart.”