She Bought A Bedroom Set From A Deceased Couple. Today She Found The Hidden Treasure Inside 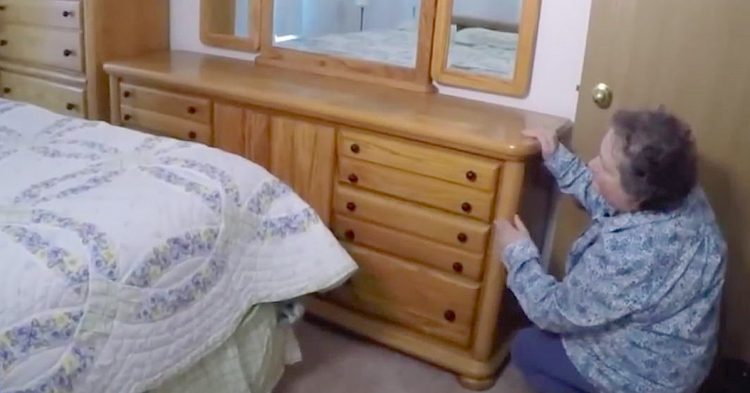 Laural Jaecks thought she was getting away with murder when she bought a secondhand bedroom set from an estate sale on Facebook Marketplace. Since the furniture was Amish-made and 100% wood, it was quality. Laural was able to get the set for just $325, which was a great deal. But when she opened up the furniture to check it out, she found something hidden in a compartment – an envelope loaded with a treasure!

“The Amish do very high-quality work,” Laural Jaecks told FOX 6. It was a no-brainer for her and her husband when they found the bedroom set for just a few hundred dollars. “I said, ‘Would you consider $325?’ and he said, ‘Yes.’” 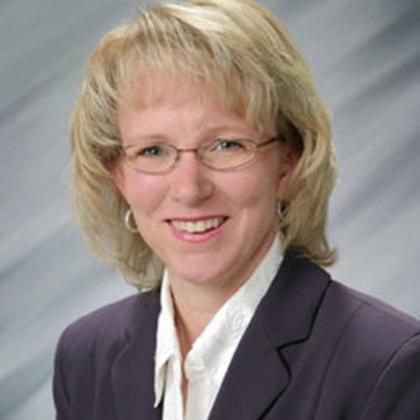 The discovery was inside the headboard. While trying to install the new furniture in her bedroom in Oak Creek, Wisconsin, Laural (above) and her husband found a secret compartment in the Amish-made headboard. The envelope was overflowing with $100 bills. When the couple counted them all, they found they had found $11,000.

Not only did Laural find boatloads of cash in the deceased couple’s furniture, but they also found their bank statements. They scoured the statements for information and learned that they belonged to the parents of the Facebook Marketplace seller. 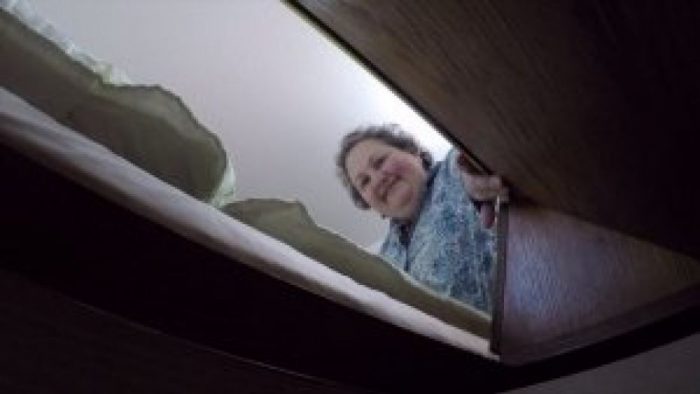 When Laural contacted the seller, she told them about the bank statements and the hidden treasure. The seller was shocked that the couple had so much money hidden in the headboard.

“I said, ‘Those parents worked long and hard and saved for that money,’” said Jaecks.

Instead of holding onto the cash, she contacted the seller. The person could not have been more pleased.

“He couldn’t believe it,” said Jaecks. “He says, ‘Well, I can’t believe that you called to tell me about it.’” 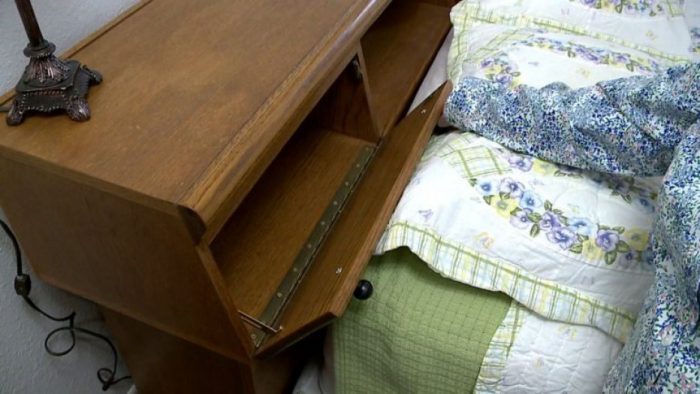 Laural would not have been able to live with herself if she had taken the money. Since it belonged to an elderly couple that had died after living together for a long time, she felt in her heart of hearts that the $11,000 belonged to the seller. Although the seller was surprised to get the money back, the person appreciated Laural’s honestly. Not many people would do what she did.

“I have a clear conscience,” she said. “I can walk a little lighter. Honesty is the best policy. That money wasn’t mine.”

As a school board member, Laural has a reputation to upkeep. If she had kept the old couple’s cash, she might not have been voted into the board. But when locals heard that she gave the money – and bank statements – back to the seller who failed to notice them, they were pleased to know that a Good Samaritan was an elected official.

If you’re like me, you love the idea of finding $11,000. But, just like Laural, it would be hard to hold onto it when it is so clear who the rightful owner is and to know they are in mourning. Would you have been able to keep the money, or would you have returned it, too?