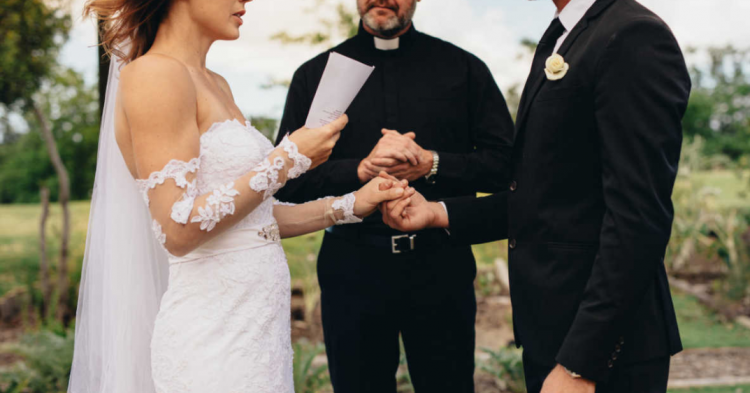 Casey was so excited about her wedding. She had found the man of her dreams and was ready to commit to him for the rest of her life. However, one night before her big day, Casey received text messages that shared another side of the groom’s life that no one had known about until now. He was cheating on Casey with a mystery woman, and the bride was ready to make sure he knew that she knew all about his indiscretion.

During her wedding, Casey read the groom’s damning text messages instead of her vows. The big reveal was a slap in the face for the groom, who thought he had secured Casey’s romance for life and never expected her to know about how he was cheating on her with another woman on the side.

Casey spoke to Whimn about the ordeal and changed her fiancé’s name to Alex to protect his identity. She was with her bridesmaids the night before her wedding at a hotel when the bride started receiving a lot of text messages.

“Phone is running hot tonight,” one of the bridesmaids said at one point.

Casey was having so much fun with her girlfriend that she ignored her phone for a while. However, she eventually checked it and noticed that the messages were coming from an unknown number.

The text messages included screenshots of messages between Alex, the groom, and another woman.

“I wouldn’t marry him. Will you?” the messenger wrote.

In addition to the damning text messages, the mystery person shared selfies of Alex with his other woman. He also wrote messages that revealed how he was not a faithful man.

“This weekend. You and I. It is on hot stuff. Bring your A-game,” one of Alex’s text messages stated.

“Your body is f***ing incredible. And s**t do you know how to use it. I wish my GF had half the skills you do,” read another.

“I miss you so much. I can’t stop thinking about L, S, F’ing you. I’ve never had this kind of connection before.”

Clearly, the groom was interested in this mystery woman and had been sleeping with her for some time.

“Every word was like a dagger in my heart, and my wedding was only hours away,” Casey shared. “How could I cancel when everyone had already traveled to be there, and everything was paid for?”

The bridesmaids told Casey to dump the groom immediately. But that’s when she came up with her ingenious plan for revenge.

“I was going to go ahead with the wedding as expected and ‘out’ him in front of our friends and family,” she said.

At the wedding ceremony, Casey revealed the truth about her groom.

“I arrived at the front of the room, took a big breath, and I faced our friends, our parents, and I told them the truth about Alex.”

“There will be no wedding today,” Casey said. “It seems Alex is not who I thought he was.”

Then she read the texts.

“With each word, more color left Alex’s face,” Casey said. “I let my weeping eyes rise and meet his, and he had not one thing to say. He stalked out of the church with his best man trailing behind him. His family looked on, horrified.”

She addressed the crowd.

“I love all of you, and as horrible as this is, I’m glad you all are here,” Casey told her wedding guests. “There will not be a wedding reception today, but instead, there will be a celebration of honesty, finding true love, and following your heart even when it hurts.”