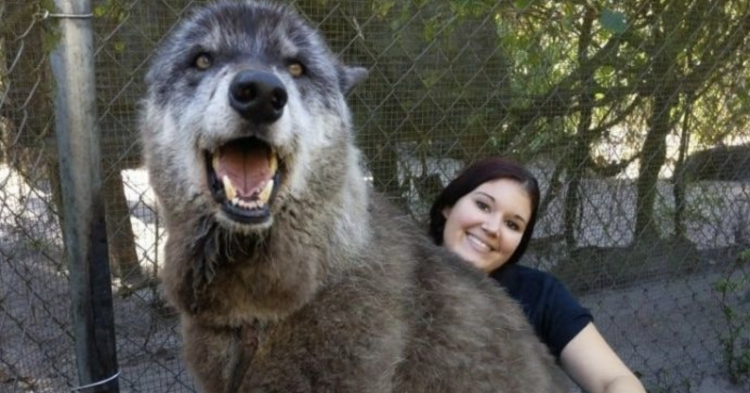 When Game of Thrones was entering its final season on HBO in the spring of 2019, a wolfdog became a viral sensation. The animal, named Yuki, was living at the Shy Wolf Sanctuary Education and Experience Center in Collier County, Florida, at the time. His caretakers snapped a photo of Yuki and posted his image in response to the Game of Thrones hype, and Yuki quickly became a viral sensation because Dire Wolves were a popular feature of the series.

Now, however, the sad announcement was made that Yuki has passed away at the age of thirteen. Yuki died from blood cancer. 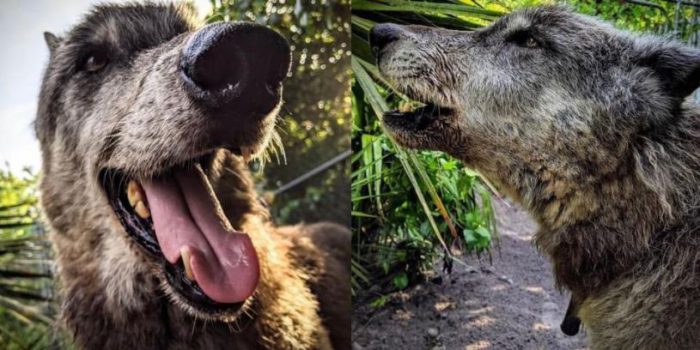 “We have some very sad news to share about our beloved wolfdog, Yuki. He was loved by millions all over the world,” the wolf facility reported on its Twitter account. It is based in Golden Gates Estates, Florida.

On Thursday, Yuki did not appear as usual for his medicine during the morning rounds. This was a big worry for his caretakers because Yuki lives in a large enclosure. The workers entered the wolf’s domain to see if he was all right and found him already dead.

Yuki was diagnosed with hemangiosarcoma, a blood cancer, three years ago, according to data from Sky Wolf. 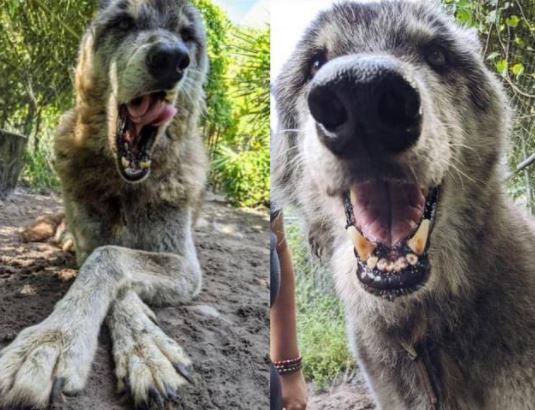 The entire update on his death read:

“This morning, during our rounds, Yuki didn’t come up for his medicine. When we entered his enclosure, we found that he had passed away. He left peacefully on his own terms sometime during the night. Bella, his pack-mate, seems to be doing okay even though we know she misses her friend. Yuki had hemangiosarcoma, which is a blood cancer. Three years ago, we were told Yuki didn’t have very long, but we started him on an immune supplement, which seemed to help him! He lived an incredible and happy thirteen years of life.”

“Yuki’s legacy reaches around the world due to his unique personality and size. Many people saw and came to know him as the ‘dire wolf’ in the viral photo two years ago. Yuki taught us all about patience, love, and understanding as all animals have unique personalities and set their own boundaries.

“We are absolutely heartbroken, and we will all miss him dearly, especially Bella and his harem of volunteers. Rest easy sweet Yuki. We love you forever.” 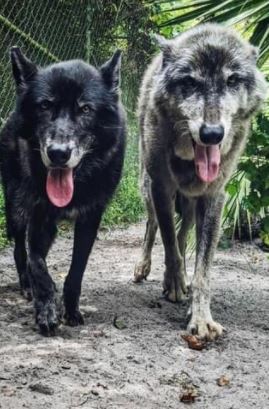 Although Yuki has passed, he was loved dearly when he was alive. People shared their condolences and kind words via Twitter.

“It’s so sad dogs have such a short lifespan. They occupy a place in the heart, similar to one’s children. My guy died a couple of months before his 13th birthday. I still feel like it is so unfair.”

“Your spirit gave us life. Your power gave us strength. Your existence gave us purpose.”

After so many messages of support came through, Shy Wolf Sanctuary posted an update that read: “Thank you all so much for your kind words and condolences. We miss Yuki very much, but we were blessed to be able to care for him for thirteen years. His legacy will live on forever!”