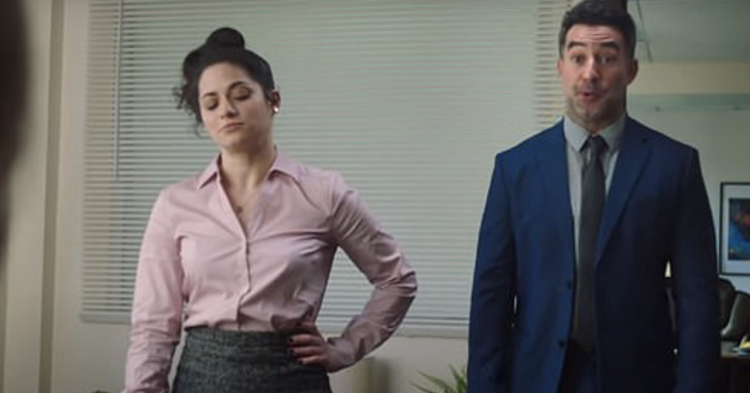 Cure Car Insurance made a risky move during the Super Bowl with their ad. The automobile insurance company shelled out millions of dollars, creating an ad that would air during the Super Bowl only to shock and dismay audiences across the country. In the ad, Cure Care makes fun of the #MeToo movement and sexual harassment at the workplace by joking about a male employee “whipping it out” in front of colleagues.

The Super Bowl ad aired right before the Halftime show. The ad was for the regional car insurance company and was met with about as many viewers as an advertiser could expect to get from the Super Bowl. But after viewers saw the controversial ad, they quickly branded it the “ad fail of the decade” and the “worst Super Bowl advertisement” to ever have been made. Some people even thought that the Super Bowl should never have aired the advertisement and that the higher-ups in charge of the media allocation “should have vetoed” the spot.

The ad begins in an office where a male and female employee approaches a female boss. The boss is seated at a desk with a black-and-white portrait of a lion behind her. The ad poked fun at the rise of sexual harassment in the workplace and how it has recently been exposed by the #MeToo movement.

“Ms. Davis, Tommy just brought me into his office and whipped out his opinion,” said the female employee.

“I didn’t just whip it out,” the male employee said. “She was into it. Plus, I have a pretty big opinion.”

“She only gave me a second,” Tommy said.

“Tommy, not everyone in this office wants your opinion,” the female boss said.

“Okay, well, how about you last week at happy hour when you begged me for my opinion?” asked Tommy.

“I had a pitcher of margaritas. I would’ve taken Doug’s opinion,” the boss said.

The ad shocked Super Bowl viewers because it appeared to be making fun of rampant sexual harassment problems in the American workplace. Twitter filled up with complaints from people who felt that the ad should never have been approved for broadcast.

Ian Shafer said, “I just saw an ad for Cure Auto Insurance that should never have been approved.”

David Berkowitz added, “Who’s the one who should have vetoed the Cure Auto Insurance ad and didn’t?”

“Mocking sexual harassment in the workplace is not a good look,” wrote Jenn Sullivan. “Just my opinion. Not impressed Cure Auto Insurance.”

Another user claimed the Cure Auto ad was “the worst commercial during the times we’re in,” and another critic called the Super Bowl commercial the “ad fail of the decade.”

Do you think this ad was inappropriate for Super Bowl viewers?