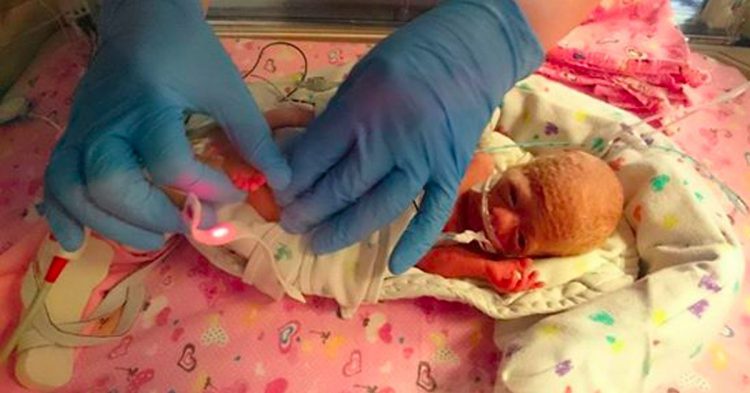 Few things are as scary to a pregnant woman than the feeling of labor contractions weeks before her due date. Unless they are Braxton Hicks contractions, mom knows something is seriously wrong with her pregnancy. Because the unborn baby needs as much time as possible inside mom to grow and develop and get the nutrients he or she needs, premature labor can be terrifying and pose a risk for the unborn baby.

Although there are some things doctors can do to help mom lower her risk of premature birth, no amount of study in medical school can train a doctor to stop nature from running its course. If the baby is coming, all the doctors can do is their best to prepare for it. 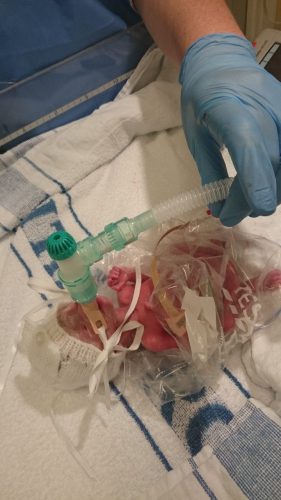 However, things did not look good when Pixie was born. She weighed just 1.1 pounds and came into the world at week 28 of the pregnancy. She was delivered via an emergency C-section at the Derriford Hospital in Plymouth, England. And her mother Sharon Grant was horrified that Pixie has come into the world so early.

Being three months, premature meant that Pixie’s life was in danger. She had not developed enough to be safe and sound. But due to complications in the womb related to the umbilical cord and the placenta, doctors decided she had better odds of surviving if she was delivered and tended to outside of mom’s body. 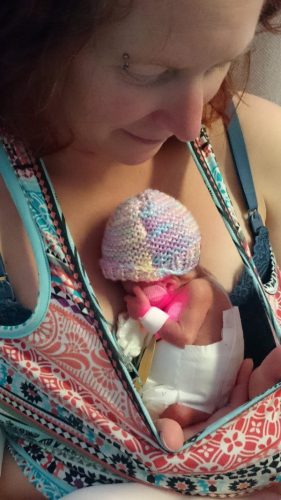 After the C-section, doctors did not think Pixie would survive. They gave her an hour to live and told mom to prepare for the worst. Pixie was so small she could fit into the palm of mom’s hand.

Because the hospital did not have equipment small enough to care for the premature infant, the doctors had to improvise. That meant they had to look beyond their experience in the medical field for solutions that could work for such a small child. They decided that the best way to keep the baby warm was to use a sandwich bag they bought from the local supermarket called Tesco, which was not far from the hospital.

“It was so random that they had her in the Tesco bag. It must have just been what the operating theater had at the time,” Grant told The Telegraph after she snapped a photo of her tiny Pixie in the sandwich bag.

Although the method might have been odd, Grant did not care. She was just happy to see her tiny baby making it in the world despite the doctors doubting that she had a chance in the world. 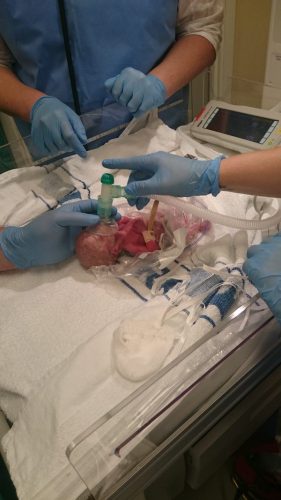 Premature babies have very thin skin and need protection. The clean plastic bag proved to be the perfect thing to help. It kept contaminates away from Pixie and also helped insulate her and keep her warm, both of which are very important at that stage in her life.

The plastic bag method often gets used for premature babies under 3.3 pounds, the Neonatology Consultant said of Pixie.

Despite the odds, Pixie survived, in thanks partly to a plastic sandwich bag. Now she’s doing great. 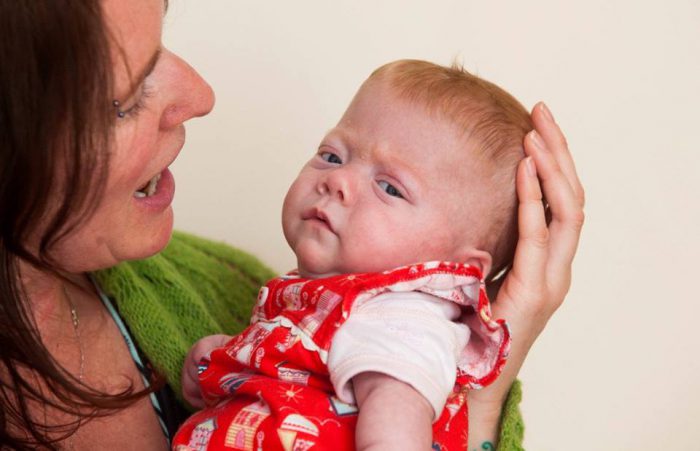 What do you think about this strange tactic the doctors are using to protect premature babies?