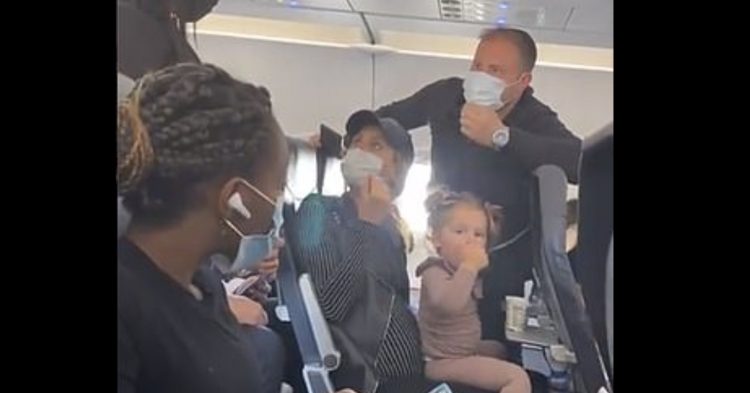 During a cheap flight from Florida to New York, Ari and Avital Eisenberg soon found that they were in the center of a catastrophe. The pair were traveling from Orlando on their way back home to Toms River, New Jersey, when they boarded a Spirit Airlines flight. When the couple’s little daughter decided to remove her mask to eat some yogurt, the flight crew decided that everyone had to get off the plane because of the mask policy violation.

Besides dealing with a hungry two-year-old daughter, Avital was also seven months pregnant. Nevertheless, the flight crew aboard Spirit Airlines was not willing to work with the family and decided to ask everyone to leave the plane because the toddler violated the airline’s mask mandate. 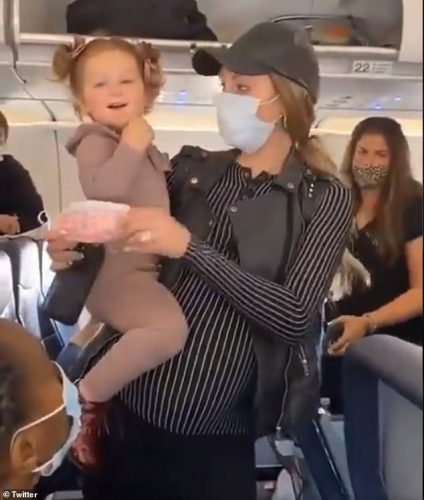 Multiple videos of the incident have since been posted to social media. In one clip, a female flight attendant speaks to Avital because the two-year-old daughter is seated on her lap without a mask. The flight attendant asks the mom and daughter to leave the plane because they are in violation of the strict mask mandate.

When Avi and his wife ask why they are being asked to leave the plane, the flight attendant says it like it is.

“I’m sorry. They want you off,” the flight attendant said. She later added that they were being asked to leave the flight because they were “noncompliant with the masks.” 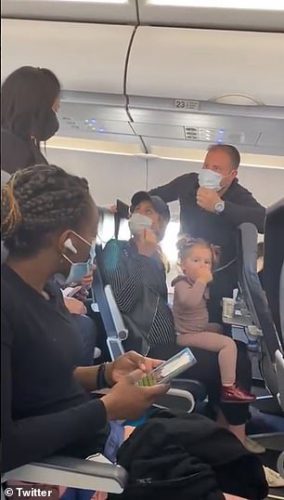 The family, who was celebrating Passover in Florida, wanted to return home to New Jersey. They did not understand why they were in violation of the mask mandate, but the flight attendant drew their attention to the little girl, who was not wearing her mask.

Other passengers pointed out that other babies on the flight were not wearing masks. They also asked the Spirit Airlines flight crew to have some sympathy because the child was eating a snack of yogurt before takeoff. 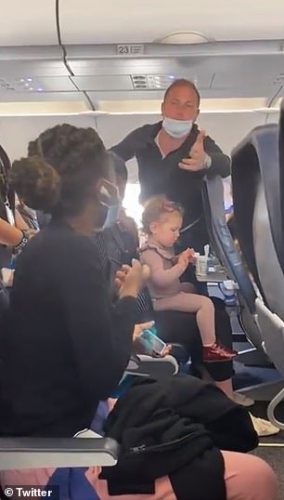 “It’s not my choice,” the flight attendant says. Meanwhile, the toddler’s father continues to fight for their seats on the plane and claims that they are also required to deal with their “special needs” son on the flight.

“We’re done talking. The pilot wants you off, so you have to get off,” the flight crew member said.

At this point, the mom gets desperate and begs the crew to let them stay on the flight: “She’s a baby. She just turned two a month ago. She’s been trying to wear it.’”

The flight crew member then leaves and threatens to call the police on the family. 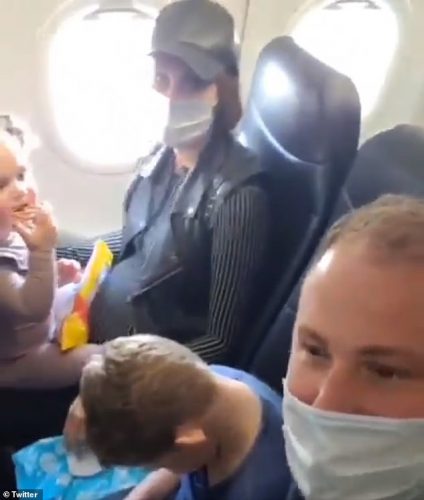 “She just kept repeating that she needs me to deplane, and I said I’m not going anywhere. I didn’t do anything wrong. We tried to explain that we’re doing everything we can with the kids,” the mom said. “My son missed his medication window. Thank God he didn’t have a seizure. He was sitting there in a soaking wet diaper because I couldn’t change him during the whole thing. My daughter is going crazy from all this; it was a terrible, terrible experience to go through, let alone someone with a special needs child.”

What do you think about this incident on Spirit Airlines?