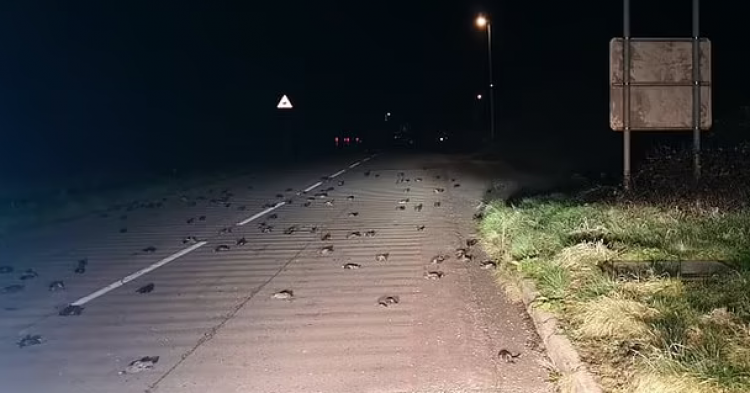 As yellow-headed blackbirds migrated south through Mexico, a bizarre thing happened on the morning of February 7, 2022. Footage captured from that day in early February shows hundreds of dead birds lifeless on the street. Police received a call about the dying birds around 8:30 am on the February morning and rushed out to the Alvaro Obregon area in the Chihuahuan city of Cuauhtémoc.

The birds that suddenly died were traveling from Canada up north down south to Mexico, where they enjoy the warm winter months in peace. The footage that has since gone viral shows dozens of the blackbirds suddenly falling out of the sky. They drop to the ground in a shocking display of death that authorities are still trying to piece together. 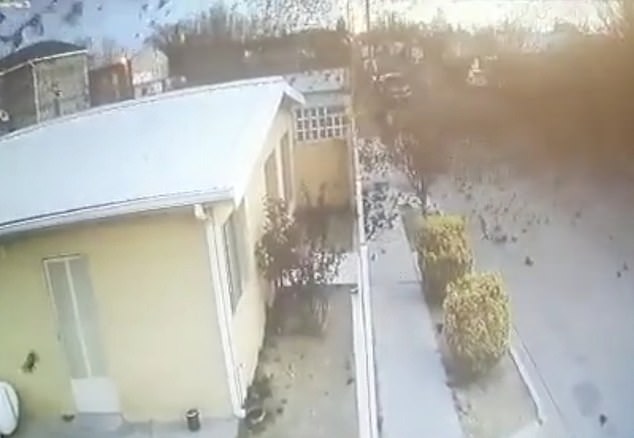 In the viral footage, a swarm of yellow-headed blackbirds descend from the sky and crash to the ground. Moments later, most of the birds get back into the air and fly away, but there are dozens – if not hundreds – of dead birds left behind after the mysterious event forced them from the sky. 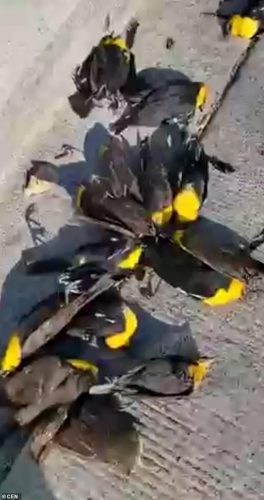 According to locals from the Alvaro Obregon area, the blackbirds began falling from the sky as early as 5 am on February 7, 2022. There didn’t seem to be an explanation for the sudden deaths of these birds as they travel south from Canada to Mexico every year to escape the harsh winter up north.

In another video, which was taken later in the day, you can see someone sweeping up the dead birds into piles so they can be hauled away to the trash pit. 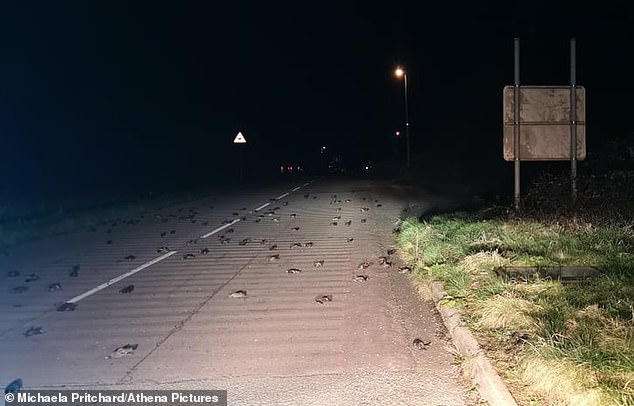 According to a report published by the local paper El Heraldo de Chihuahua, a veterinarian who examined the birds believes they were thrust out of the air because something bothered them. They believe that the mass deaths of the birds might have been from inhaling toxic fumes. The vet suggested that this could have happened if a heater was polluting the environment. Another possible option for what happened to the blackbirds was that they could have been electrocuted if they were roosting on powerlines in the area – or they could have been too heavy for the powerlines and broke them. 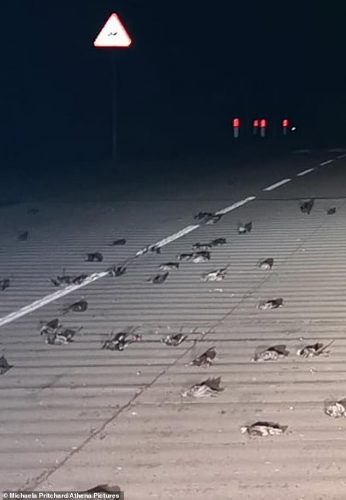 On social media, people came up with all sorts of theories about what happened to the birds. One person suggested that it might have been a murmuration that did not go according to plan. A murmuration is a huge collection of birds, typically starlings, that travels together and moves in tandem with each other to confuse predators and keep themselves safe.

One user wrote: “Looks more like the lead birds got confused, the dead birds look more like a result of a collision with the surface given that the surviving members of the flock flew back up.” 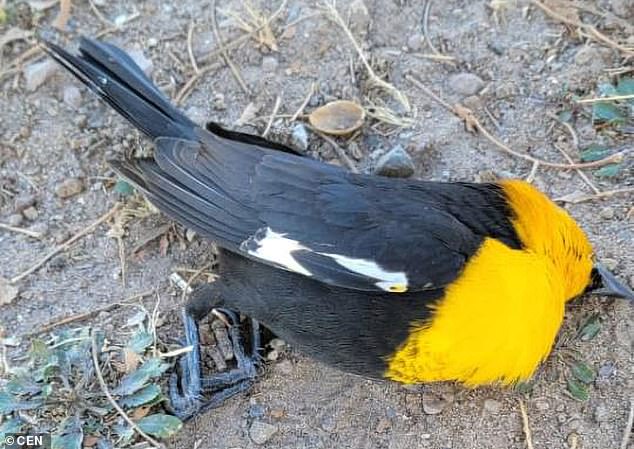 Dr. Richard Broughton, an ecologist with the UK Centre for Ecology & Hydrology, believes that a predatory bird probably forced the swarm of blackbirds toward the ground, which forced some to crash and die.

What do you think about this shocking footage?