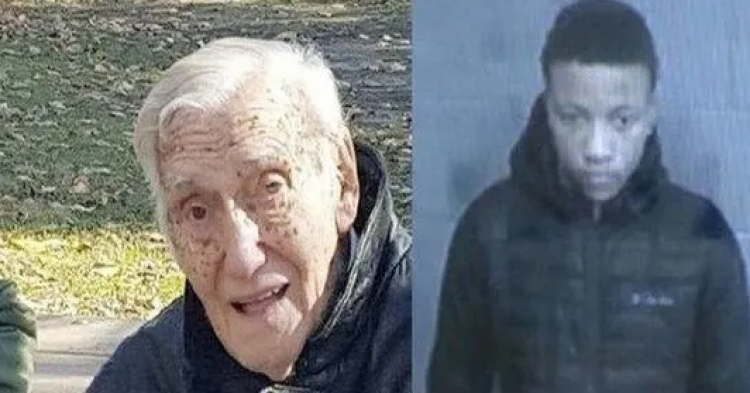 Police officers in Detroit, Michigan, were stunned when they learned what a suspected murderer made his 91-year-old victim drink before ending his life. The victim, Paul Monchnik, a retired TV repairman, was found dead by Detroit officers in his home after he was brutally beaten to death before being set on fire to burn. Now, an assistant Wayne County medical examiner had revealed that the victim might have been forced to drink gasoline before he was murdered inside his own home for no good reason.

Judge Kenneth King said it was heartbreaking that Monchick, who chose to live out his old age in Detroit, was murdered in such a violent and cruel manner.

An autopsy reported to the public by Dr. Kilak Kesha said that the 91-year-old victim was found to have about a fifth of a cup of by-product from an accelerant like gasoline in his body when he died. Because of this evidence, authorities believe that his teenage killer forced Monchnik to drink the fluid before beating him to death and burning his corpse.

“It would have to come through the mouth,” Kesha testified in 36th District Court. “The victim could have drank it or (had it put into his open mouth while he was unconscious).”

The primary suspect in the murder case has been identified as 17-year-old George Steward IV. On January 5, he stood before a judge and jury, facing charges of first-degree murder, felony murder, and burning a dwelling.

The murder occurred two months prior, on November 23. Steward allegedly broke into Monchnik’s home with the goal of robbing him. However, things quickly took a turn for the worst. Steward beat the old man and struck him against the head at some point during the exchange. He also purchased gasoline at a local gas station so he could set the old TV repairman’s house on fire to cover up the evidence he left behind.

When police arrived at the victim’s house, they found him already dead. He had been badly beaten and was suffering from burns on over eighty percent of his body. The damage of the burns ranged from first-degree to fourth-degree and covered most of the man.

“This was a horrific, tragic murder of an elderly man who did nothing wrong,” Worthy said. “The defendant must be made to pay for his actions.”

If Steward is convicted of first-degree murder, he will automatically be sentenced to life in prison without the possibility of parole. The trial is still ongoing, and a verdict has not been reached yet. However, it is likely that Steward will face a harsh sentence if convicted.

No matter what the outcome of the trial is, one thing is certain: Paul Monchnik’s life was ended in a cruel and unusual manner by a heartless killer. His death has left his family and friends devastated and the Detroit community reeling. It is yet another tragic example of the violence that plagues cities like Detroit. Hopefully, justice will be served in this case, and Monchnik’s killer will be brought to justice.