Plumber Notices Little Toes Floating In The Water, So He Grabbed Them And Started Pulling 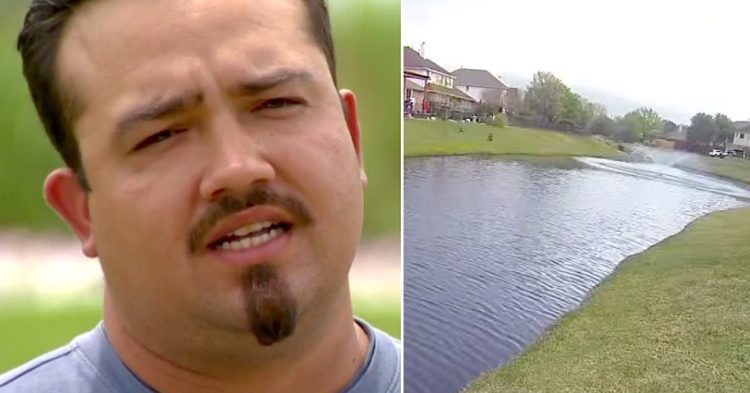 Like every hard-working individual, Angelo needed a vacation. The 32-year-old plumber from Colorado closed up shop for a few days and set out for a weekend along Windsor Lake with his beloved family. Spending time in the water was one of his favorite things to do. However, his vacation quickly turned into a life-or-death situation when he felt something brush against his leg during his dive in the water.

Angelo felt something brush against his leg while he was waist-deep in the lake. He kicked at the object to raise it to the surface. When it broke through to the air, he realized it was the foot of a little three-year-old girl. The child’s name was Sitali, and her body was as cold as ice.

Without missing a beat, Angelo yanked the girl from the water. He screamed as loud as he could to attract attention so he could get help from someone. He demanded to know whose baby she was and why she was left alone to wade in the water. Sitali seemed lifeless, and her skin was turning blue. With the help of two off-duty nurses, Angelo administered CPR to the little girl.

Eventually, medical professionals arrived at the scene and rushed the little girl over to the Children’s Hospital in Aurora, Colorado. Angelo wanted to keep tabs on the little girl and decided to take time out of his family vacation to visit little Sitali in the hospital.

“I’m coming to let her know that I love her, and she’s a part of my family now,” he said.

The media has hailed Angelo as a hero. He offers a much humbler explanation of how he saved Sitali’s life. He claims that he was simply in the right place at the right time and did what anyone would do if they found a little child drowning in a lake.

“As I told the little girl’s mom when I saw the baby’s toes, that became my baby.”

Because of Angelo’s intervention, Sitali is expected to recover in full. Because the three-year-old was not wearing a life vest while out in the lake, she was at risk of drowning. When she fell into the water, that was exactly what happened.

Now, Angelo hopes to help protect other little children like Sitali. He is raising money to buy life vests for families who cannot afford them. He wants to protect children who are at risk of drowning, and the easiest way to make sure people are safe is to equip them with life vests while they are out on the open water.

CBS Denver reported Angelo’s actions and was met with a marvelous response. Many people shared their thoughts about how Angelo saved this little girl. This is what some people had to say:

“May God protect him. Clever guy, he realized that it is necessary to solve the problem in a complex.”

“F***’s sake, people. When you take children to the water, you have to have eyes on them constantly. I have a twelve-year-old that still keeps me terrified because he has no fear of life’s real dangers. We take it for granted. They still have no clue.”

What do you think about his actions?