Pastor Plays With Deadly Snake Because God Will Protect Him, Learns Valuable Lesson 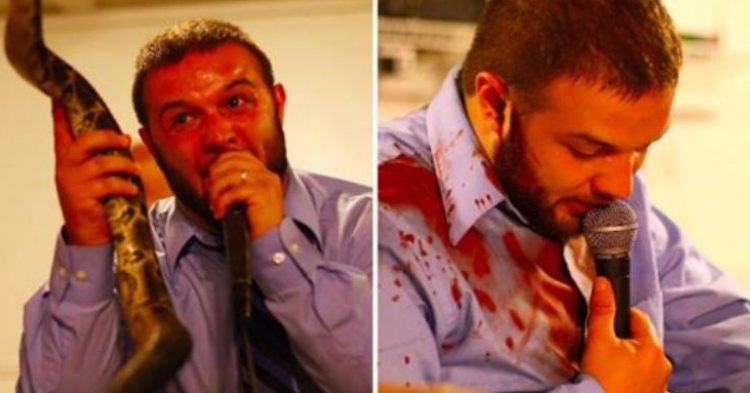 After his father passed away, Cody Coots knew he had to follow in his father’s footsteps. Now Cody has risen to command the flock of followers as the pastor of the church. And like his father, Cody has picked up a rather unique skill. He is a snake handler. Just as his father was before him, Cody was bitten by a venomous rattlesnake while leading the congregation through service at his Pentecostal church – and he didn’t even flinch.

While Cody Coots survived the attack, his father, who was also bitten back in 2014, died from the venomous bite. Nevertheless, Cody looks up to his late father Jamie Coots and tries to mirror many of the things he learned from him while he watched his dad lead the fellow Christians through the service as pastor of the church. 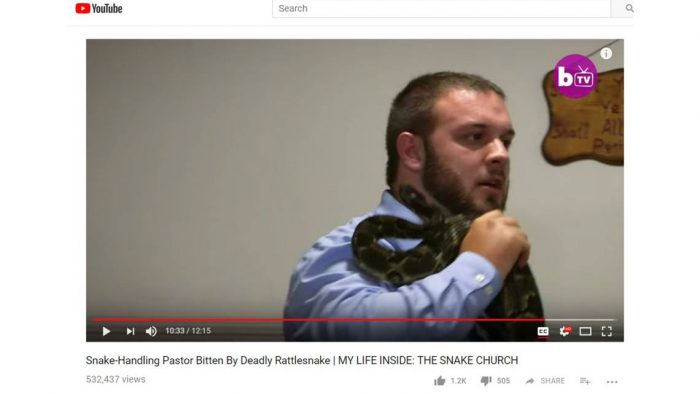 Cody doesn’t know why the rattlesnake bit him during the service. And in the video footage released as part of the documentary “My Life Inside: The Snake Church,” it is also unclear at the exact moment when the rattlesnake sank its large fangs into Cody’s body.

Unfortunately for Cody Coots, this was not the first time a rattlesnake bit him in front of his followers. He’d been on stage before during one of the services for his congregation at the Full Gospel Tabernacle in Jesus Name in Middlesboro, Kentucky.

While he’s been bitten before, this attack by the rattlesnake was documented and proceeded to go viral as the documentary was published to YouTube back on August 16.

In the footage, Cody Coots stands before the crowd of Christians preaching a sermon. He holds the rattlesnake in his fist and even passes the snake around to other people so they can feel the protection of Jesus. He eventually wraps the snake around his neck as he gesticulates wildly and then whispers to the snake.

At some point during this high-intensity sermon, the rattlesnake bit him.

He addresses his worshipers, at one point in the video clip, “I believe in the God almighty and if he says I can hear Him, I can!”

Then, as things calm down, the rattlesnake rears back and strikes him aside his head next to his right ear.

Blood splatters onto the pastor’s shoulder and then begins to pour from the hole in the side of his head. Coots tries to ignore it and says, “I’m not worried at all. Don’t worry. God’s a healer,” he called out to the crowd.

Although Coots tried to play it cool, other members of the congregation were visibly shaken. They had been told that the snake was safe. Some people then ushered Coots out of the church so he could get appropriate medical attention. The video then concludes, “To be continued” as if it was an installment episode.

While Cody Coots managed to survive the venomous attack, his father perished in this way. Because Cody happened to be near a hospital, he got treated rather quickly. His father, who taught Cody everything he knows, was not so lucky.