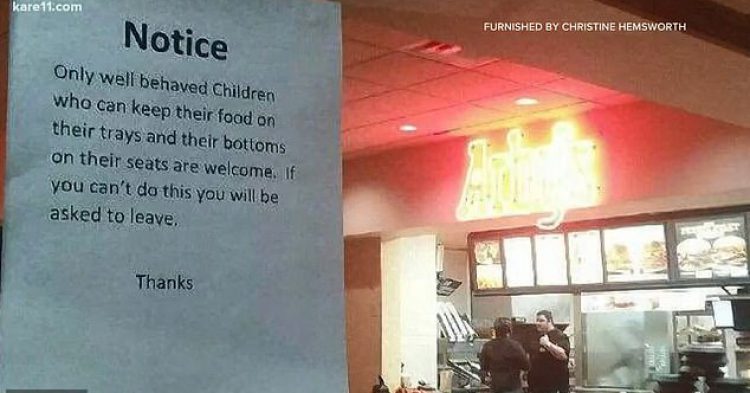 Arby’s is a fast-food restaurant that attracts people who love their meats. Because it’s a quick joint that families can go to for a heart, fast meal, families often do go to it. But in Minnesota, one Arby’s location has put up a sign to shame parents who are not able to keep their children under control. The sign on the restaurant’s front door claims that the restaurant will serve “only well-behaved children,” which has caused mass outrage among some parents.

Christina Hemsworth led the mob of angry parents into boycotting the fast-food restaurant when she saw the anti-family sign. The experience happened back on October 6, 2019, when Hemsworth brought her family to the Arby’s location in Elk River, where she stumbled upon the sign that was deeply offensive to her and her family. 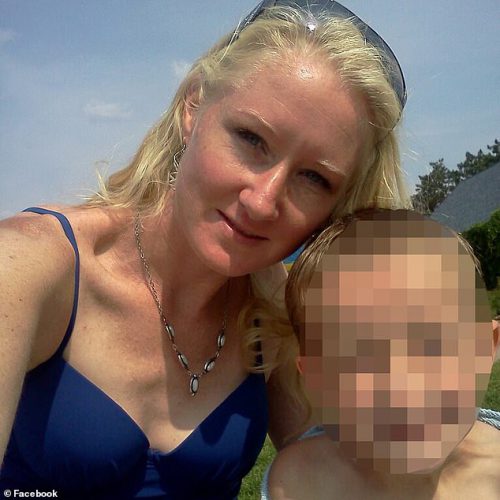 “Only well-behaved children who can keep their food on their trays and their bottoms on their seats are welcome. If you can’t do this, you will be asked to leave.”

No other Arby’s location in the United States seems to be so non-kid friendly as this. Because Hemsworth has a two-year-old child and savors places that allow kids to be kids, she knows she won’t be returning to this prudish Arby’s location anytime soon – unless they change their policy to be more inclusive of all children and not just one that was raised with manners.

Hemsworth is the mother of a two-year-old toddler. That means she understands that kids cannot always be controlled. Toddlers get involved in stuff that they should not get involved with. It’s just the way they are. It didn’t take long for her toddler to break this Arby’s location’s strict rules.

“I was like ‘oh gosh.’ I’ve got a two-year-old with me, and he doesn’t always keep his fries on the tray or his bottom on the seat. He sometimes stands up.”

Although Hemsworth was weary because of the sign, she had a coupon and was hoping the Arby’s manager was not as strict as they seemed with the sign. She felt on edge the entire time. 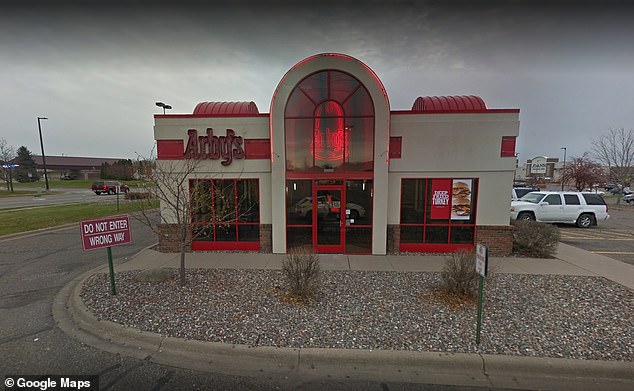 “It was kind of uncomfortable in the restaurant the time we were there,” she admitted. “I have a toddler. I wasn’t sure if it was because they didn’t want to clean up messes. I always clean up my children’s mess anyway, but it was an uncomfortable and stressful meal.”

This busy mom doesn’t have tons of extra time or money, so she wants to make her meals out of the home count. Because she had been to Elk River several times, she never noticed the sign until that time.

“I was shocked to find a sign like that. It is a fast-food restaurant. It’s not something with white tablecloths. It’s supposed to be family-oriented as far as I knew.”

But this Minnesota Arby’s location wants to be uppity.

“No, I think this should be the norm, people have expectations, and one of them is to eat in a non-chaotic environment. I love the children.”