Once You See What Goes On In This Cemetery, You Won’t Want To Be Buried Anywhere Else. 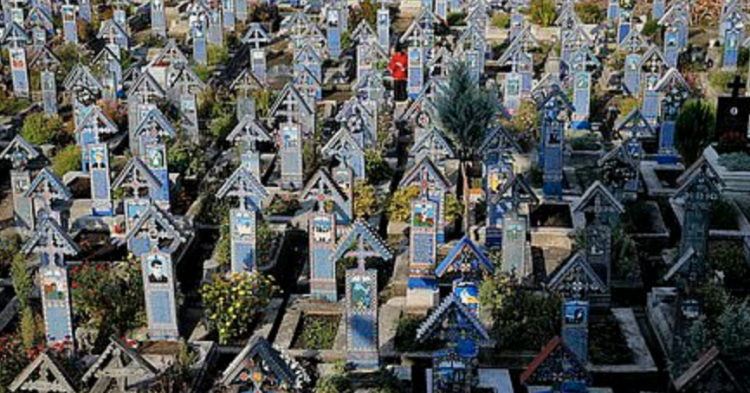 In Romania, there is at least one cemetery that makes fun of death. Known as the Merry Cemetery in the northwestern village of Sapanta, the nearly 1,000 wooden Orthodox crosses are decorated with happy-go-lucky cartoons and stories from the lives of the deceased. Because the village is a small, tight-knit community, there are few secrets among residents, which is why people’s flaws are transformed into “grave art” to be put onto their cross when they are gone.

Visitors are mesmerized by the dark humor that epitomizes the peasant culture of the reason. While the village is about 360 miles from Bucharest, the capital of Romania, it attracts many visitors who wish to see the colorful grave art. 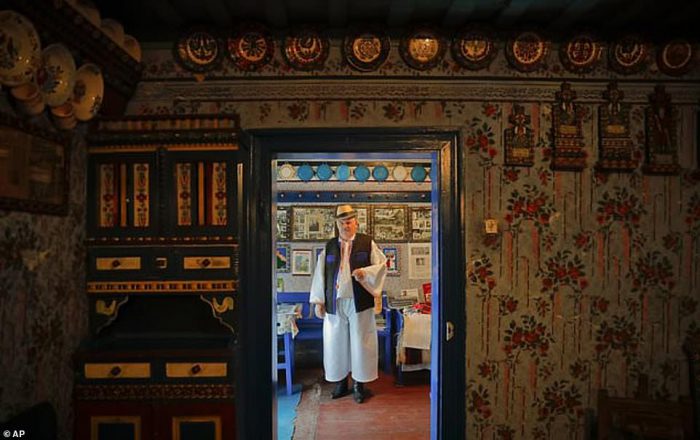 Dumitru Pop Tincu (above), 62, has sculpted many of the Orthodox crosses. He spoke to the Associated Press about his craft while wearing the traditional dress of the region. He wore an embroidered smock, loose trousers, and a straw hat, which made him appear like someone out of a storybook. 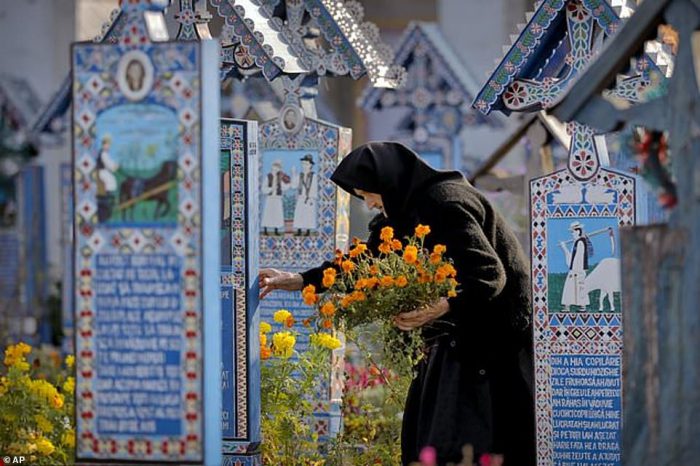 “’ve seen what touches (tourists). This cemetery… is not just a cemetery. People realized that this indeed is a place where you can laugh at death itself,” said Tincu. 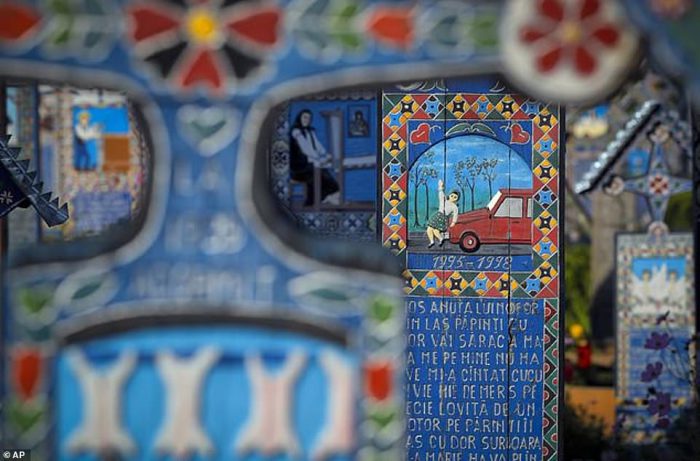 Many people consider the graveyard less of a cemetery and more of a museum to be appreciated outdoors. The colorful wooden crosses are dyed red, blue, yellow, and green and feature delightful cartoon drawings as well as humorous limerick-style writing in the language used by the locals of the village.

Gerhard Schuster, 63, was born in Romania but now lives in southern Germany. He said, “Ever since I was a child, I heard stories about this. My parents were talking about the Merry Cemetery, and I’ve always wanted to come and see it but wasn’t able to until now.” 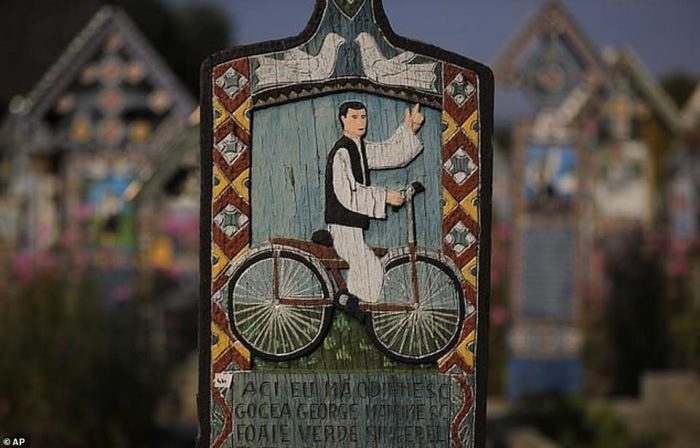 One such drawing features a young man in a subway. He died when he was run over by a speeding train.

“I enjoyed life so much, I went to western Europe; may it be cursed along with the Paris metro. I used to be a gambler, and I died in 2001 when I was 16 years old.”

Another cross at the gravesite of a former truck driver warns visitors about the dangers of working too hard and not stopping to smell the roses. 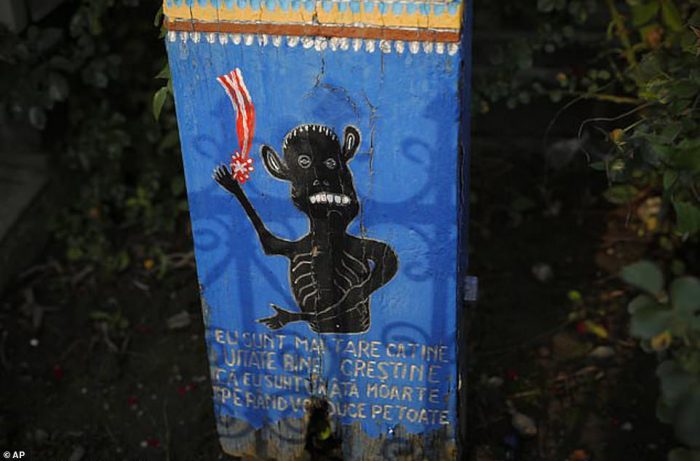 “I used to work to be wealthy, and I had to leave everything behind. I wish people would stop and read this on my cross,” it reads. “Here’s what happened: the truck rolled over, and the dirt smothered me. I died in Barcelona in 2002 when I was 42 years old.”

The idea for this decorative cemetery came from wood sculptor Stan loan Patras back in 1935. He created 700 crosses throughout his career until his death in 1977. His grave describes him as the creator of the Merry Cemetery. 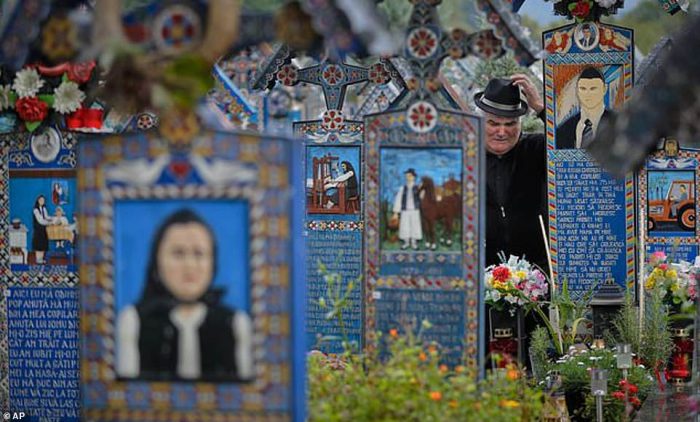 Crosses take weeks to be created and cost as much as $1,300. While most are merry, there are some that are just depressing, like one for a three-year-old who was run over by a speeding car.

“These texts and images contain elements that remind you of what life is about,” sculptor Tincu said.