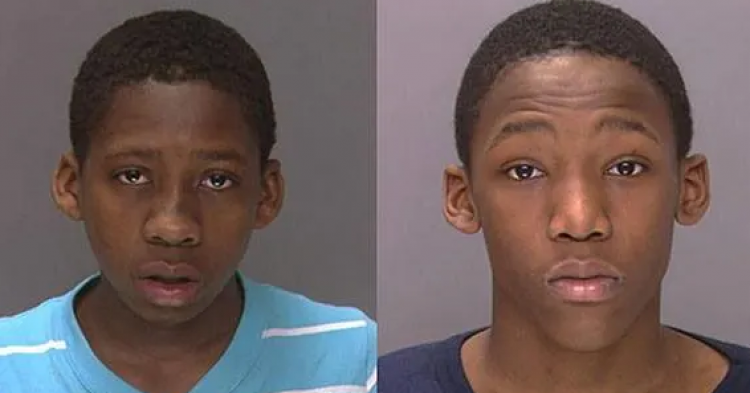 Two teenagers from the City of Brotherly Love – Philadelphia, Pennsylvania – have been arrested for gunning down a man while he was taking a walk with his dog. The victim, James Patrick Stuhlman, was shot and killed during an armed robbery by suspects Brandon Smith and Tylfine Hamilton. The teenagers were playing basketball when Stuhlman walked past the court and suddenly became a robbery target for the young Philadelphia men.

Because the teens thought that Stuhlman looked “weak,” they decided he would be an easy person to steal possession from – so they approached him and demanded all his money and valuables. However, Stuhlman was not as weak as the suspects thought because he ended up resisting the robbery and trying to free himself from the terrible situation. Unfortunately, one of the teens pulled a gun on Stuhlman and shot him in the chest with a round that would later prove fatal for the 51-year-old man who had simply been outside of his home to walk his dog for the day.

The murder was a shock for the teenagers. They hadn’t meant to fatally shoot their intended victim, so they fled the scene in a state of panic, entirely forgetting to pick through Stuhlman’s body for his valuables and various possessions – they ended up with nothing from him despite taking his life.

After the shooting, police struggled to find the men responsible. Eventually, Tylfine turned himself in to authorities after it became a big story in the local news media.

When the boys shot and killed Stuhlman, they left him alone to die on the Philadelphia street near the basketball court. When police arrived, they found Stuhlman dead while still holding the leash of his dog, which was terrified from all of the chaos.

Lt. John Walker told WCAU, “The dog was lying next to him — appeared to be scared and in shock. In his other hand, he had a flashlight.”

Clark confessed that Stuhlman walked his dog around the neighborhood every night, often with his daughter.

“For whatever reason, he said to her, ‘It’s a little late tonight. I don’t want you walking with me.’ So in effect, he may have saved his daughter’s life,” Clark said.

Facebook users shared their opinions in the form of comments.

“These teens knew what they were doing and should be tried as adults. They have no value for life. The man that was killed seemed like a nice guy. I feel sorry for their family that they have to suffer such a loss,” one reader commented on Facebook.

What do you think about the killing of this Philadelphia man?