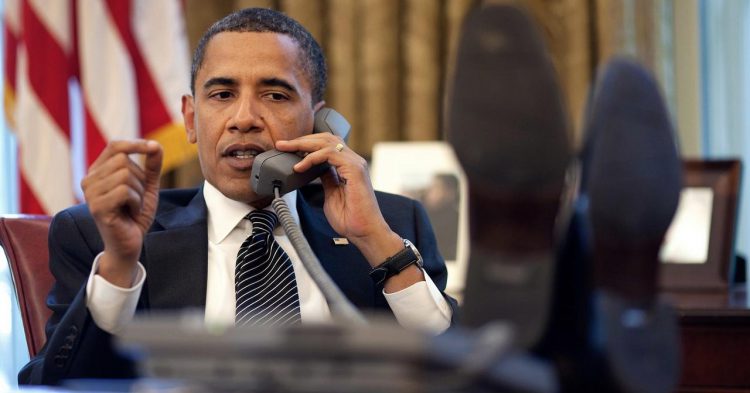 When Donald Trump took his victory laps after the 2016 presidential election, Barack Obama flew into a fury. A book, which was originally released in July 2017 by chief White House correspondent Peter Baker called “Obama: The Call of History,” outlines just how outraged the 44th president was that Hillary Clinton was not able to secure the win for the Democrat Party.

In the book, Obama admitted “this stings” after it was declared that Trump was the victor of the election. Instead of being glued to the election results, Obama watched Dr. Strange to distract himself from what was unfolding across all fifty states.

At the start of election day, the former president was confident that Hillary Clinton was going to take home the victory. But as the day progressed and he saw more clearly that Trump was winning more electoral votes, he took it as a “personal insult” that she lost.

Obama felt that the American people “turned on him” for a man who many people considered simply a “cartoon” character who had most recently made a name for himself as a reality television star.

In the new edition of the book, the details make it very clear just how upset Obama was to watch Trump win. Although Obama was seething with rage after the loss, he always kept up appearances in public. Even when Obama met with Trump face-to-face, he acted cordial. But in private, he revealed his true feelings, calling Trump a conman like one out of Mark Twain’s great American novel, “Huckleberry Finn.”

Obama could not believe that he was going to be handing over his power to the very man who was intent on destroying his legacy.

When Obama woke up the morning after the election, he was convinced he would “Not be handing the nuclear football over to Donald Trump – the reality television star, he thought, was a joke.”

Although Clinton was no perfect candidate, Obama was convinced Americans would not turn on him.

“She was a serious and seasoned professional who had served at the highest levels of government and provided mature leadership,” Baker wrote. “Just as important, she would continue his policies and cement his biggest achievements. His legacy, he felt, was in safe hands.”

Because he had no control over the election results, Obama and his wife Michelle went into the White House movie theater and watched Dr. Strange, the superhero movie with Benedict Cumberbatch to distract themselves from what was happening.

When the results were clear, Obama called Clinton and told her she should concede quickly.

On the phone call, she told Obama, “I’m sorry for letting you down.”

Baker wrote, “While Clinton had lost, so had he. The country that had twice elected Barack Hussein Obama as its president had now chosen as his successor a man who had questioned the very circumstances of his birth. Obama may not have been on the ballot, but it was hard not to see the vote as a ‘personal insult,’ as he had called it on the campaign trail.”