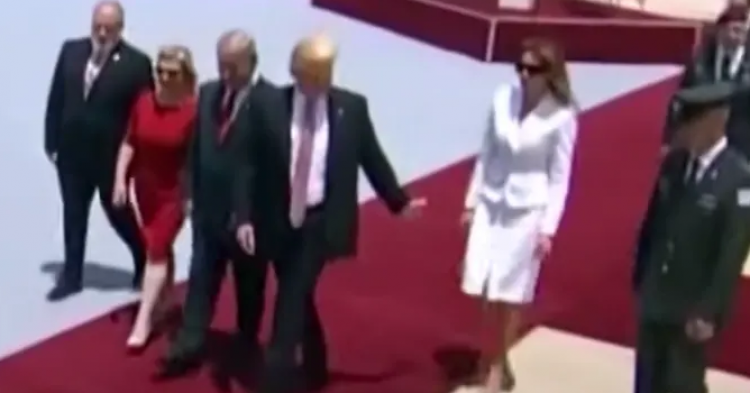 During the Trumps’ visit to Israel, Melania made it very clear that she didn’t want to hold her husband’s hand. After landing at Ben Gurion International Airport, former President Trump and first lady Melania Trump disembarked from Air Force One as they set out to meet with Israeli Prime Minister Benjamin Netanyahu and his wife. During their walk from the plane across the tarmac that chilly day in 2017, Donald reached out to touch his wife’s hand, but she furiously swatted it away.

In the years since Melania swatted away Donald’s hand in public, people have referred to the incident on social media. It has become quite the large inside joke among liberals who often criticized the president during his single term in office. 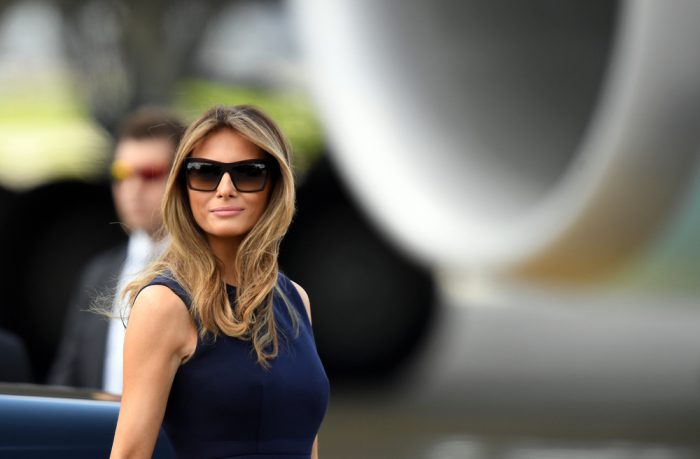 Shortly after the incident happened in Israel, another person sent a 2018 tweet that said, “Is there a band called Melania Hand Swat yet? If not, there should be.”

Millions of people saw Melania’s hand swat as a sign that their marriage was on the rocks. Rumors had been circulating since the first days of the Trump presidency that Melania was going to separate from the former president. It was a news scandal when she refused to move into the White House during the first months of the presidency, living in New York instead of being with her husband while he worked for the country. 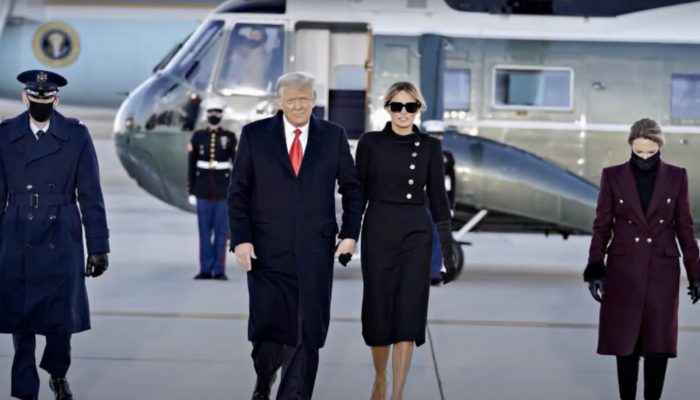 However, other people thought that the hand swat was not a big deal. These people felt that the masses were overanalyzing it.

Stephanie Winston Wolkoff told The Washington Post in 2018: “She is a dignified, private person, and she’ll deal with her personal life in private, and it’s no one’s business. They are not that couple that holds hands just because; she is old-world European, and it’s not who she is.”

However, a Trump insider now has a different story to tell about when Melania swatted away her husband’s hand. Stephanie Grisham, the former chief of staff for Melania, wrote a book in which she talked about the incident. Her book is entitled I’ll Take Your Questions Now: What I Saw at the Trump White House – and she explains the truth about why Melania swatted her husband’s hand away. 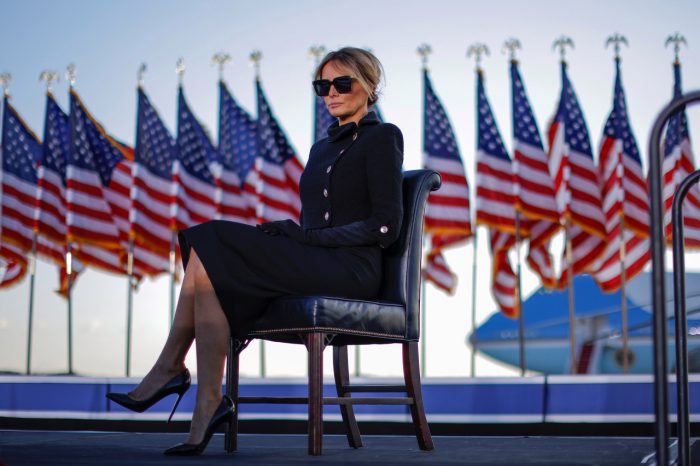 The book reads, “At one point, while they were walking together down the red carpet, President Trump was a few steps ahead of Mrs. Trump. He reached out and slightly behind him with his left hand, apparently to try to take Mrs. Trump’s right hand. Without breaking her stride and with a flick of her wrist, she appeared to swat his hand away and kept walking….”

Grisham added, “For those who care to know, Mrs. Trump ‘slapped’ her husband’s hand away that day because she thought it was against protocol to hold hands at such a formal ceremony.”

Because Melania is “a rule follower,” according to her former chief of staff, the president was the one who “often tried to hold her hand or messed with her hands on purpose in front of the camera to irritate her.”