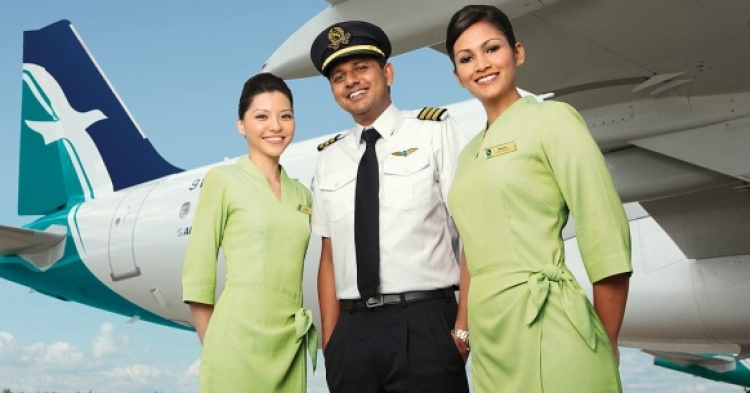 When was the last time you were able to go on a flight? Millions of Americans have still yet to return to travel after hunkering down for two years because of the COVID-19 pandemic. If you’ve been fortunate enough to get on board a plane and fly to a destination of your choice – or even if it was mandated by your job – you might have noticed one quirk flight attendants and crews do when it comes to how they hold their hands and arms.

This posture is not just something that happens when passengers enter and exit an aircraft. Flight attendants also hold their hands behind their backs while they are walking up and down the center aisle of the airplane – unless, of course, they are cleaning up or collecting trash from passengers.

The real reason that flight crews hold their hands behind their backs is that they are counting. Yes, that’s right. These flight attendants count the number of passengers to make sure the people onboard the plane matches the number of people who have purchased tickets for the ride.

The flight attendant with the job of counting doesn’t have to do it manually. They’re often given a clicker counter, which allows them to track how many people have boarded the plane and taken a seat. The number of passengers can range greatly depending on how big the airplane is, with the largest commercial flights carrying as many as six hundred passengers on board.

After the flight attendant in charge of counting finished their count at the front of the plane, they repeated the process by walking down the aisle and re-counting every passenger. This process can be a bit tedious, but it is an essential part of the flight plan because the airline cannot afford to let someone get on the plane who didn’t purchase a ticket.

But why do flight attendants have to count the passengers with their hands behind their backs? While every airline is different, it seems that flight attendants simply do not want to draw too much attention to what they are doing lest a passenger interrupts their flow or disturbs the process in some way.

Now, the next time you get on a plane and you see a flight attendant with their hands behind their back, you’ll know that they’re not up to anything sinister. They’re simply counting the passengers onboard to make sure no one snuck on who wasn’t supposed to be on the flight.

What do you think about this technique used by flight attendants?