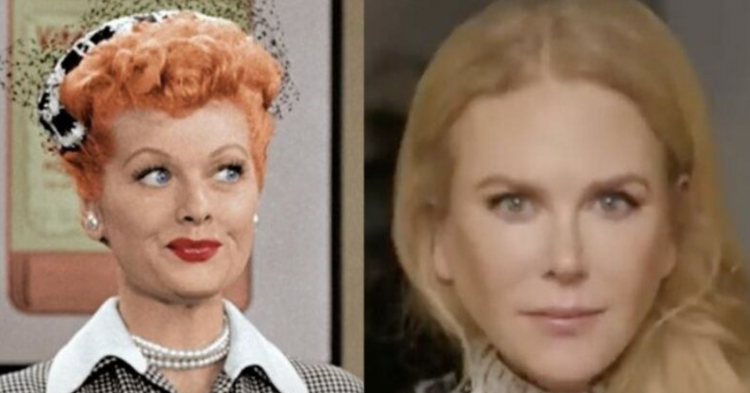 After it was announced that actor Nicole Kidman would be starring as Lucille Ball in Aaron Sorkin’s new movie, Being The Ricardos, fans flew into outrage. People were furious that the casting director would choose Kidman to play Ball, given that the pair did not look too similar and Kidman was Australian. However, new images from on set of the movie show that Kidman makes a perfect Lucille Ball, and fans are now beyond eager to see her on the big screen when the movie finally releases in the future.

Photos captured from on set of the movie show Kidman with fire-red hair. Usually, Kidman has a more neutral hair color, so paparazzi were pleased to see Kidman wearing the wig to match Ball’s trademark hair. 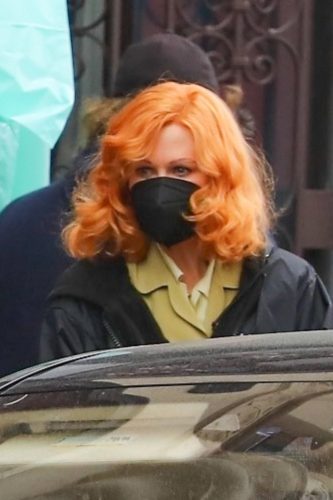 Kidman also shared an image from the set of the Sorkin movie. In the image, she shows herself standing next to a sign warning people not to use social media on set due to the secret nature of movie-making.

Sorkin’s latest movie, Being The Ricardos, will tell the story of Lucille Ball and her husband, Desi Arnaz, who starred in the world-famous sitcom from 1951, I Love Lucy. The two shared a tumultuous marriage from 1940 until they broke up in 1960. 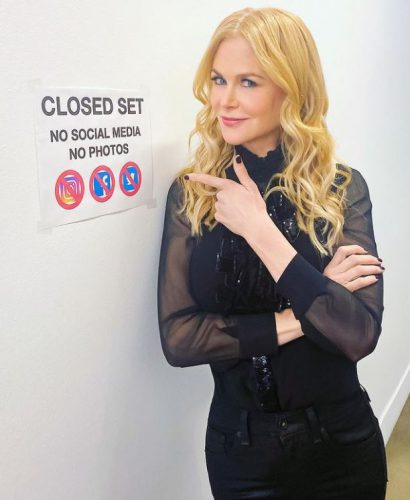 Kidman will be starring alongside Javier Bardem in the movie.

“I was like, ‘Yeah, I would love to give it a go,’” Kidman told Variety. “With Aaron’s words and his direction and Javier… that’s kind of a wonderful prospect to, you know. But yikes, off we go. Give it a go. Try my best — see if I can do it.”

In preparation for the movie, Kidman has been studying Ball. She has been spending hours watching behind-the-scenes recordings from I Love Lucy as well as rehearsals so she could get to know Ball and how she behaved. 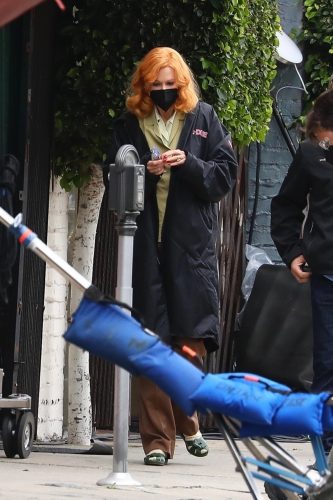 “I love Lucille, having looked now and delved into her,” she said. “She’s an amazing woman. I’m very excited for people to see what Aaron found out about her and the way he’s interpreted Desi and Lucy, and the way that it’s so rich. I didn’t know any of this.”

Although fans were outraged that Kidman was chosen to portray Ball, Ball and Arnaz’s daughter, Lucie Arnaz, shared a message on Facebook, trying to calm the outrage down. 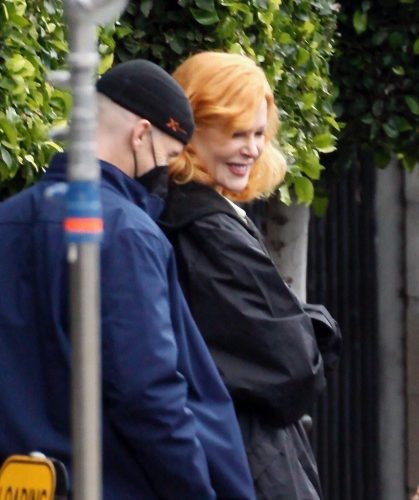 “Nobody has to impersonate Lucy Ricardo nor do the Vitameatavegamin routine, or … any of the silly things. It’s the story of Lucille Ball, my actual mother, not Lucy Ricardo, and her husband, Dezi Arnaz, my dad, not Ricky Ricardo,” Lucie explained.

“Aaron has done a wonderful job of bringing these characters to life, and it’s just a little … slice of life in their journey,” she shared. “It’s not the whole story. It’s not a biopic from the cradle to the grave. It is a two-hour feature film about these two people and some of the remarkable things they lived through. So I hope I can set the record straight here and just say, stop arguing about who should play her, ‘She doesn’t look like her, her nose isn’t the same, she isn’t as funny…’ Just trust us, it’s going to be a nice film, and p.s. the voting is over,” Lucie added. “I love all of you.”