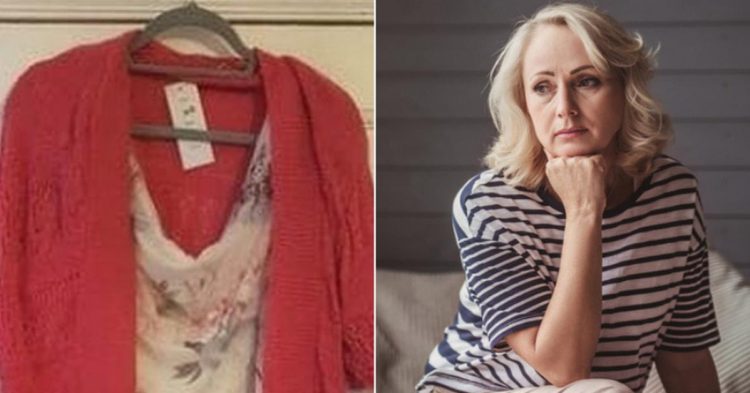 When a young man’s mother learned that her only son was getting married, she was delighted. Although she felt that things were moving very fast with the young man’s new love, she held her tongue and went along with it for the sake of a harmonious relationship. But when the bride saw what the groom’s mother was planning to wear to the big day, she swiftly disinvited her and told her that she would not be allowed to attend due to her failed fashion sense.

The mother of the groom turned to an online community to share her story and get anonymous feedback. After reading her entire story, most readers sided with the mother of the groom and believed that the bride was heartless and cruel to bar the woman from attending the wedding of her only son. 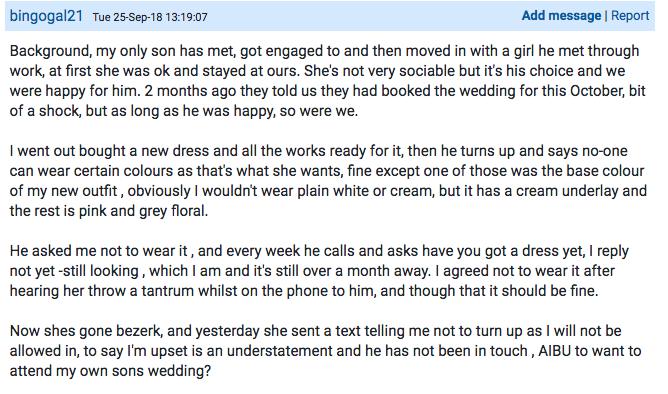 “Background: My only son has met, got engaged to, and they moved in with a girl he met through work. At first, she was okay and stayed at ours. She’s not very sociable, but it’s his choice, and we were happy for him.”

While her son’s new relationships started off on the right foot, a few months later, the bride did something that his mother did not like.

“Two months ago, they told us they had booked the wedding for this October. (It was a) a bit of a shock, but as long as he was happy, so were we.

“I went out, bought a new dress, and all the works ready for it. Then, he turns up and says no one can wear certain colors as that’s what she wants. Fine, except one of those was the base color of my new outfit. Obviously, I wouldn’t wear plain white or cream, but it has a cream underlay, and the rest of it was pink and gray floral.” 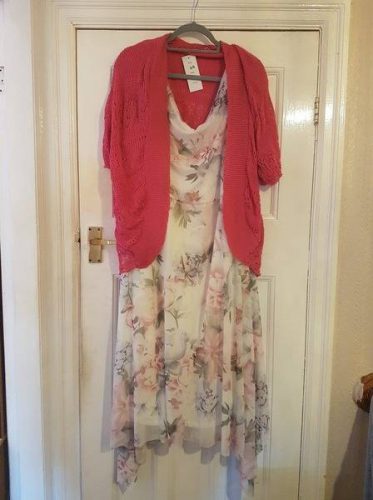 “He asked me not to wear it, and every week, he calls and asks, ‘have you gotten a dress yet?’ I reply, ‘not yet, still looking’ – which I am, and it’s still over a month away. I agreed not to wear it after hearing her throw a tantrum whilst on the phone to him and though that it should be fine.”

The mother of the groom could not have underestimated her son’s fiancé any more than she did. While she thought she was reasonable about what to wear, the bride had another idea entirely.

“Now, she’s gone berserk. Yesterday, she sent a text telling me not to turn up (to the wedding) as I will not be allowed in. To say I’m upset is an understatement! My son has been in touch, am I being unreasonable to want to attend my own son’s wedding?”

Most people agreed that the bride was a bridezilla. Some even went so far as to “feel sorry for your son, to be honest.”

Another person wrote, “Good God! Of course, you’re not being unreasonable. It seems like she’s gone through her entire existence, throwing strops and spitting her dummy out.”

What is your take on this dramatic tension?