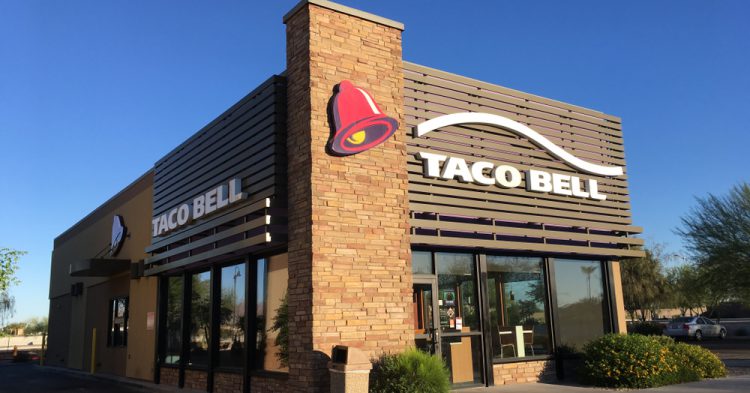 A new item has just been added to the secret menu at Taco Bell. Fast-food employees have been turning to TikTok throughout the pandemic, revealing dirty secrets and impressive life hacks. However, one Taco Bell employee has revealed a secret drink recipe that will forever hold a place in the taco joint’s secret menu. The video on the Chinese-created social media platform shows how you can make Taco Bell’s Baja Blast drink, add one ingredient, and transform it into an entirely new beverage to delight your tastebuds.

The video explains the unique drink combination and how to make it yourself next time you order a drink from the soda fountain at Taco Bell. According to the viral video, which has amassed more than 165,000 likes at the time of this writing, you need to have a cup handy as you get ready to fill it with delicious liquid.

First, fill your cup up with ice cubes. Then, press the cup up against the soda fountain to fill it halfway with Baja Blast soda. Then, fill your cup up the rest of the way with pink lemonade. The drink is called Cloudy Skies and promises to excited tastebuds for all Taco Bell customers across the country.

Comments streamed in from other TikTok users by the hundreds. With nearly seven hundred comments shared in response to this Taco Bell secret menu item drink, there’s a lot to sift through. The following comments stood out as being part of the conversation.

“Bro! I worked at Taco Bell. Why didn’t I find this sooner.”

“We are trying this on our next Taco Bell date!” one user replied as a comment to the video.

“I love Taco Bell so much,” one person wrote.

Others suggest their own varieties of the drink mix.

“I have a whole book of drinks to mix from Taco Bell that I made.”

There were a group of people who were already mixing drinks at Taco Bell. According to one user, it was something they’ve been enjoying for a long time.

“Pretty sure, we all did this mix,” one person wrote. “Thought it wasn’t anything special.”

Another person wrote, “I used to do that all the time when I worked there. If you put the pink first, then

“Oh my God, I have been doing this forever, and it’s so good.”

“That’s old, lol. You are really not putting us on none because I used to make this when I worked at Taco Bell.”

“It’s called the Silver Bullet. I was a Taco Bell worker for two years when I was a minor. Don’t listen to this man! It’s been in the secret menu for years!”

But the menu item does not please everyone.

“Done this before. It is awful,” one user wrote.

Do you know of any other secret menu items from Taco Bell? Will you be trying this drink mix next time you get to order something from the fast-food restaurant?