Mom Shares Her One Secret To Losing 240 Pounds : AWM

Mom Shares Her One Secret To Losing 240 Pounds 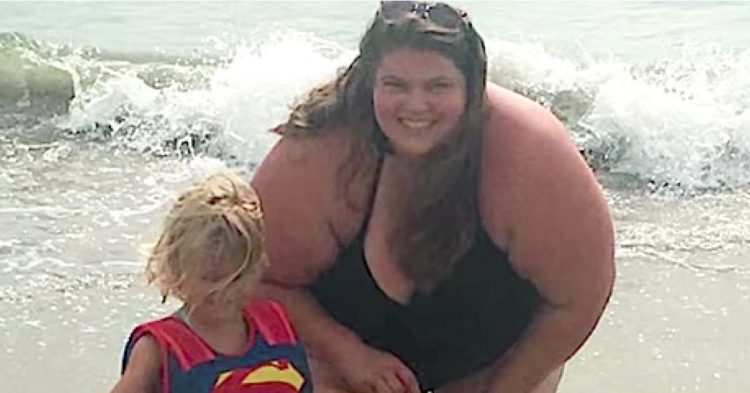 Food has always been one of 30-year-old Meghan See’s most loved passions. Even as a young girl, the Virginia native found it hard to say no to delicious food. But soon she realized that she had more than just an average love for food. She had developed an addiction to eating – and it affected every aspect of her life from how things were at home to how they were at school.

When she was in elementary school, Meghan weighed 200 pounds. She was the largest kid in class, and people could not help but gawk at her – even when they already knew her very well. The problem only got worse as the years went on. By the time Meghan had entered high school, she had established the reputation as being “the fat girl.” She weighed more than 300 pounds and showed no signs of slowing down her weight gain.

Although Meghan could never get a handle on her weight, her weight never moved in just one direction. She was on a rollercoaster ride when it came to the scale. For stretches of time, she would gain a lot of weight. Then she’d shift her lifestyle and shed one hundred pounds or more. But the loss would only be temporary, and she’d gain it back and then some. The reason she couldn’t ever keep the weight off was that she never got down to the true root of the problem. What was her emotional connection to eating? What compelled her to eat until she was full and then keep on eating until she was stuffed.

Meghan hit her lowest point in her life when she realized she no longer had any sense of enjoyment. She hated herself and who she had become. But she could not give up because she had her daughter to take care of.

In 2017, Meghan stepped on the scale after ignoring it for some time. She was shocked to see her weight had increased all the way to 240. Not long after that, she took a train ride with her family and was embarrassed to see that she could not fit in the seat. She had gotten too large and had become a danger to herself and her health.

She no longer wanted to be a disappointment to herself or her daughter. She vowed to make a permanent change.

“I made a promise to myself when I started that I was going to do 10 minutes of physical activity every day no matter what,” she told Barcroft TV.

Meghan appeared on Truly, and they shared the following description about her journey to weight loss:

“A MUM OF ONE has struggled with weight loss her entire life – but over the course of 17 months, she’s managed to lose a staggering 240lbs. With a lot of past attempts to lose weight that proved unsuccessful, Meghan See, 30, from Virginia, admits that she became addicted to food until 2017, and at her heaviest, she weighed 420lbs. Meghan had hit her lowest point – she stopped enjoying life and kept turning to food for comfort. But one day, the young woman decided it was time to commit to a healthier lifestyle. Meghan cut out fast food and soda from her diet. Small changes in her lifestyle brought big results – she lost an incredible 240lbs in just 17 months and became unrecognizable to many friends and family.”