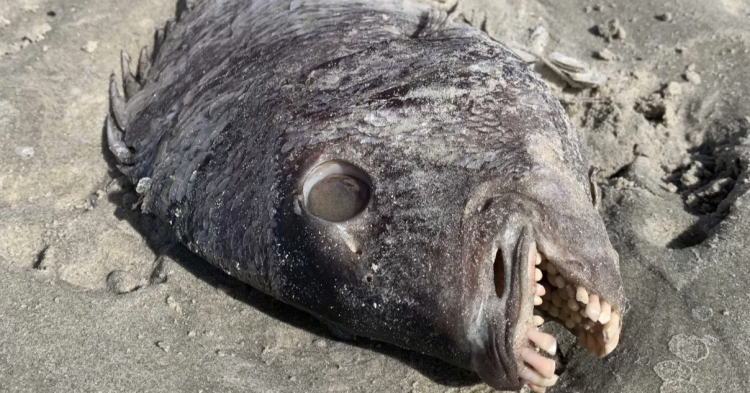 One look at the mouth of this fish, and mom thought she was living in a horror movie. Because she had taken her kids out to the beach for the day, the mom was stunned to see the bizarre creature that had washed ashore and was not stuck in the sand. Although this creature has been seen before by fishermen who call it the “convict fish” or “bait stealer,” it was strange enough for this mom and her children to snap some photos of it and share their reaction with the world.

Maleah Burrows did not know what to think when she saw the fish on the beach. Since the fish had teeth that looked almost exactly like an adult human being’s, she “freaked out, thinking how bad it would feel to get bitten by it.” 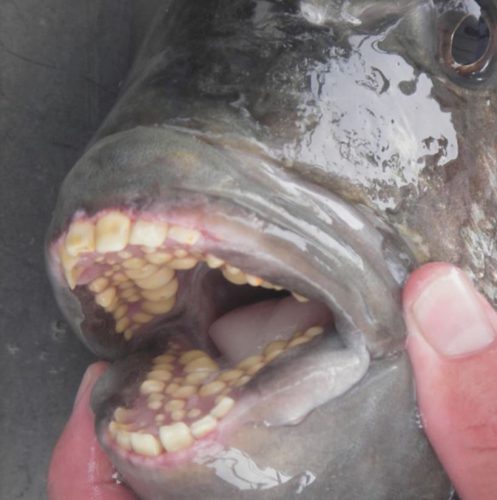 The freakish fish came into Burrows’s life when she and her toddlers were walking along the beach of St. Simon’s Island in Georgia. The 31-year-old mother took one look at the fish and knew that she had to document it with her smartphone camera. But she was not willing to let her little ones get too close because it still looked like it might have some bite left in it.

“We were just walking along the beach, and it was washed up far from the shoreline and caught our attention,” she said to The Sun. “I originally just thought it was a plain old fish – nothing exciting, but I still wanted to show my three-year-old. Then as we got closer, I saw all the teeth, and I was shocked because I’d never seen anything like it!” 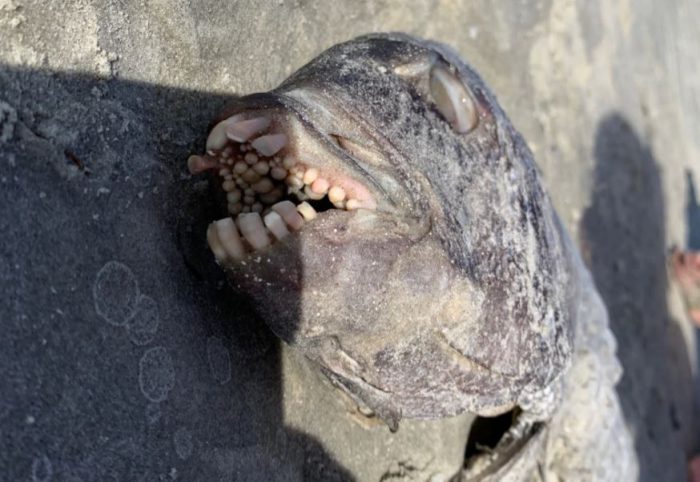 Upon closer inspection, she saw that this was no ordinary fish. Its teeth were like a human being’s!

“It had an entire mouthful of teeth – they weren’t pointy but blunt like an animal’s. Behind its first row of teeth were buds that filled up its entire mouth. I’m not sure what they were, but I’m guessing more teeth.”

Since Burrows and her loved ones were swimming in the water, she worried that there might be more fish like this ready to bite at their ankles if they waded back out into the waves.

“It freaked me out a little bit thinking that something like this was swimming in the same water we were and how bad it would feel to get bitten by it! Every person I’ve shown the pictures to has been shocked because they’ve never seen anything like it.” 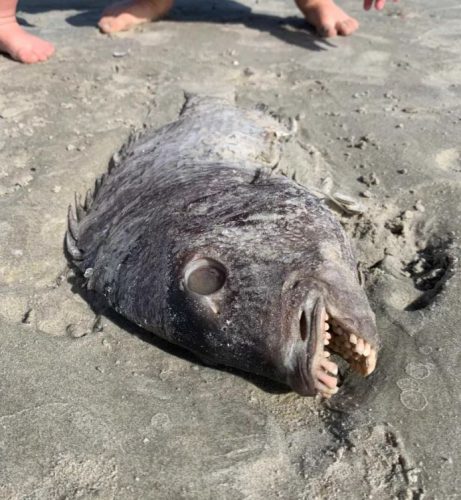 Burrows hails from Charlotte, North Carolina, and never saw anything like this fish before in her life.

“It had really thick, large scales on its body, which was interesting.”

Fortunately for Burrows, this fish was not an alien creature. It was known to experts in the field. 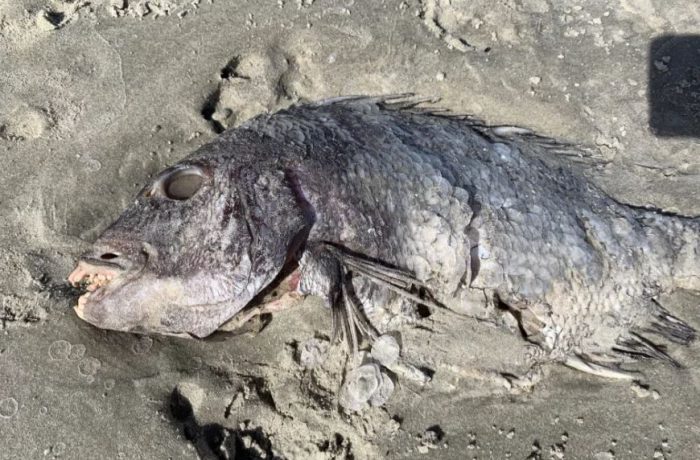 These fish are “sheepshead” and have the large choppers to crush shrimp and other shelled critters for lunch. They live in saltwater environments.

GON said, “catching them is a real chore. One look at the near-perfect row of front teeth, and you see why they are so aptly named. They really do look like the teeth of a sheep!”