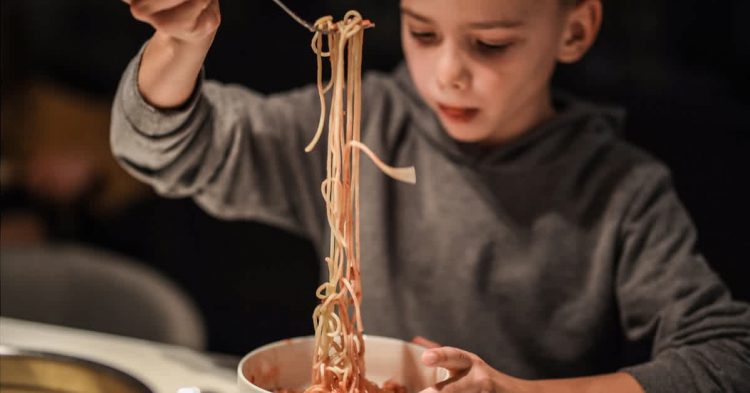 A woman turned to Reddit with a simple question: “Am I the a**hole?” When posting on the social forum, the woman explained that she spent time with her coworker’s child and cooked a meal. Instead of ordering pizza, she decided to make the kid her famous pasta sauce with spaghetti. But there was one problem that the babysitter didn’t think about before serving up the food, her famous pasta sauce includes red wine – and lots of it!

“As a special favor, I babysat my coworker’s 8-year-old son the other evening,” the Redditor explained. “The kid asked for pasta and red sauce for dinner, so I made a really great tomato/red wine/sausage sauce recipe I know. He absolutely loved it.”

However, mom was not as pleased when she learned that red wine was a prominent ingredient.

“A couple of days later, my coworker told me that her son hasn’t stopped raving about the pasta dish I served him and asked for the recipe, which I gladly gave her,” the Redditor said. “Upon reading it, she got really angry and said that it was totally inappropriate for me to serve a child wine sauce.”

Most home cooks know that when cooking with alcohol, most of the alcohol burns off and does not remain in the finished dish. Nevertheless, the mom was furious that her son was fed red wine.

“I told her that the alcohol almost entirely boils off when the sauce simmers, but she said that she does not want her kid consuming any amount of alcohol and that I was really irresponsible for not asking her permission first,” the Redditor said. “Before babysitting, I asked if her son had any food allergies/dietary restrictions, and she said no. When I mentioned this to her after she got upset at me, she said that it’s common sense to not feed someone else’s kid something with alcohol in it without asking permission.”

The coworker didn’t realize that pasta sauce with red wine was a red flag for the mom.

“When I was little (I’m in my early 30s, so I’m not that old), all of us kids grew up eating red wine tomato sauce, penne a la vodka, meats with wine sauce, tiramisu, fruitcake, etc., and nobody would have ever thought to ask parents’ permission before serving such dishes to someone else’s kid.”

The coworker had seen the mom drink alcohol before, so she knew it wasn’t a religious or cultural difference. She just didn’t like the idea of her son eating pasta sauce with red wine cooked into it.

“I don’t think this is a generational thing. None of my friends with kids would have a problem with it either. Is my coworker being weird?”

Most people on Reddit agreed that the mom overreacted when she learned red wine was an ingredient in pasta sauce.

“I think your coworker needs to do some research on how alcohol is used in cooking for flavor,” wrote one Reddit user. “There’s literally no alcohol in the food anymore whatsoever and is not harmful. It’s basically grape juice at that point.”

Do you think mom should have been furious over the red wine in the sauce?