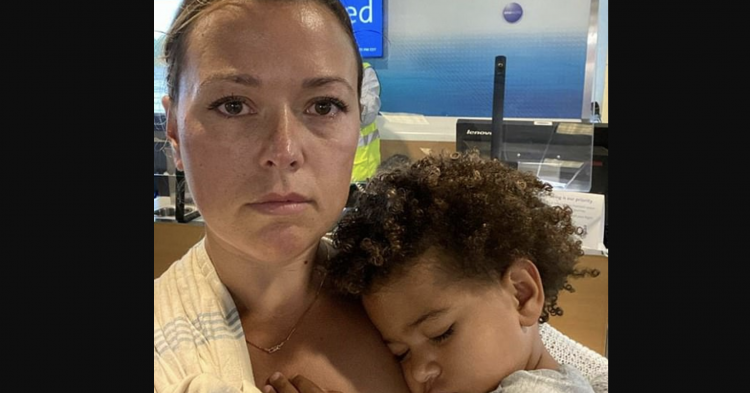 When a young mother boarded her American Airlines flight in Charlotte, North Carolina, she took a deep breath. The airline required all passengers to wear masks during the flight, and as a mother of a defiant toddler, Rachel Davis was nervous. But she could not have prepared for the tantrum her son would throw over the mask while flying from Charlotte back home to Manchester, New Hampshire.

Because American Airlines – and most other airlines – impose strict mask-on policies to promote the safety of all passengers and crew amid the coronavirus pandemic, a crew member confronted Davis over the mask issue before she’d even taken her seat. Lyon, her two-year-old son, was not wearing his mask – and no matter what the desperate mother did, he would not comply. 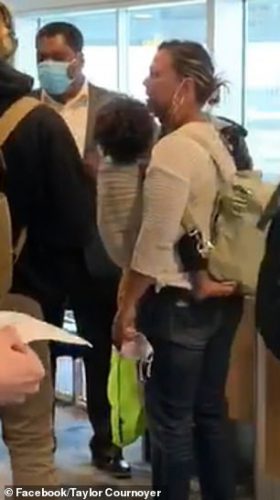 Now, the New Hampshire mother has come forward to talk about how she was booted off the plane because of her defiant toddler. Although she said she tried everything within her power to get the little boy to wear his mask, he simply did not do it.

“I tried repeatedly, begged him, bribed him, pleaded with him, did everything I could while he was screaming and crying as I tried to hold him and put the mask on, feeling my absolute lowest of lows as a mother,” Davis wrote in an Instagram post. 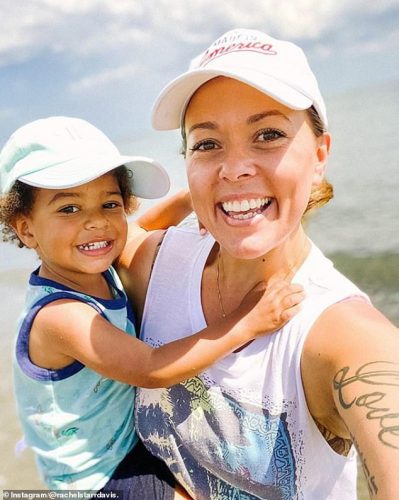 She added, “I told the flight attendant this is our fourth American Airlines flight this week, and he has never been asked to wear a mask. She informed me he (my overtired two-year-old son) would need to comply with their company policy, or we would be asked to leave the aircraft. I continued trying to get him to wear the mask, bawling my eyes out, and hyperventilating behind my own suffocating mask.”

However, the crew aboard this American Airlines flight would not allow her toddler to fly unmasked. The pilot came out of the cockpit and forced the mother and her tired toddler from the plane – but not before every other passenger had to also deplane per protocol. 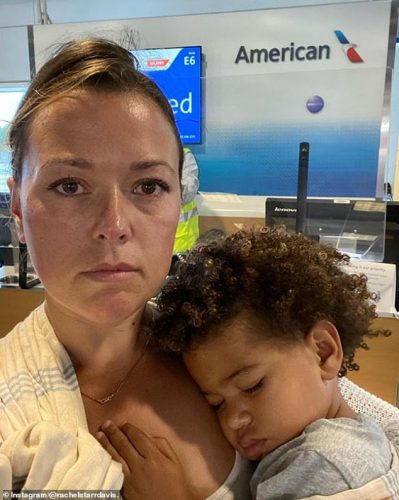 “Rather than get themselves any bad press by escorting a crying mom and two years old off the plane, they forced everyone to deplane, and wouldn’t let us back on the flight home. Apparently, before we got off the plane, everyone who left before us lit up the crew in the gate area,” Davis wrote. “The captain walking right by me as I screamed my head off in my absolute worst moment. Desperate to get home after the worst week. He would have been asleep before we even pushed back if they had just been humans. This is the world we live in?”

Footage taken by another passenger shows Davis, enraged, yelling at the flight crew.

Do you think a toddler should be expected to wear masks in public? Or is a two-year-old simply too young?