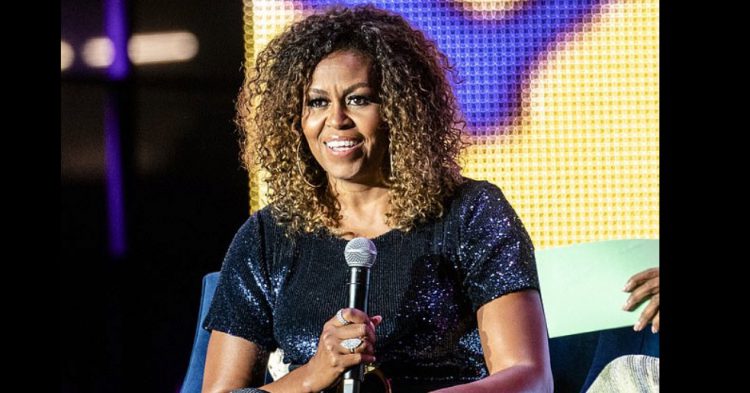 Although the Civil Rights Act was passed, people of color still face a tough road. Because some people look at people of color and wonder if they got into the room because of Affirmative Action, black people and other minorities often have to work harder to prove that they deserve to be there just like everyone else. And during an interview with Gayle King, former First Lad Michelle Obama admitted that she felt that exact thing happened to her both while her husband was campaigning for the presidency and while they were living in the White House.

During the interview, Michelle Obama admitted that she had to “work harder than any First Lady” before or since. And when Gayle King asked her what it was like to join Barack on the campaign trail in 2008, she said that she was accused of a lot of things and had to face numerous stereotypes from people across the country.

During the talk at the Mercedes-Benz Superdome in New Orleans, Michelle Obama said that both Democrats and Republicans turned the “strength of a black woman” into a “caricature.” According to her critics, she was nothing more than “an angry black woman who was emasculating her husband.”

The interview occurred during the 25th Essence Music Festival in New Orleans. During the talk, Obama discussed what black women across the country know, that they often get stereotyped and mislabeled because of the color of their skin.

Gayle King brought up the issue because Obama wrote about it in her memoir “Becoming.” Chapter 17 goes into depth about the issue. Because she was a successful Chicago lawyer before she was the First Lady, she had to battle her way to the top from humble beginnings, which she details in her book. Because black women don’t get to share their story often, Michelle Obama was honored that she would get to share the details of her life through her book, which has been read by millions.

“It was important to tell that part of the story because they see me and Barack now, but they don’t know how many punches it took us to get there,” she said about the gritty details in her memoir.

Meanwhile, Michelle Obama’s memoir is set to become the most popular memoir in history across North American, including both the United States and Canada.

“People from all sides, Democrats and Republicans, tried to take me out by the knees. And the best way they could do it was to focus on the strength of the Black woman. So they turned that into a caricature.”

Because Michelle Obama was the first African American First Lady in the history of the United States, she said she had to work extra hard to make it work.

“I had to prove that not only was I smart and strategic, but I had to work harder than any First Lady in history.”

Now she is reaping the rewards from her hard work in the White House and the years before her husband’s two terms in office.