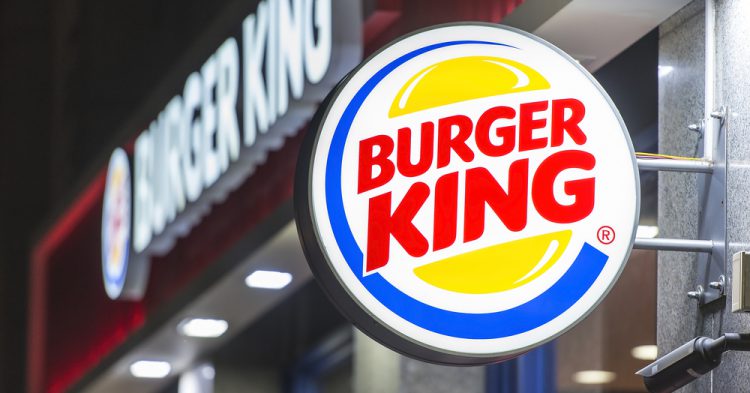 Whenever I go out in public and come across a child out of control, I suck my teeth and try to ignore the little one. The child’s parent should be in charge of their behavior and make it a priority to get the little one to behave while in the public space. However, if the child is simply out of control and cannot be stopped, I will assert myself and tell the kid to calm down.

One man opened up about a similar story in a Reddit post. He was waiting in line at a Burger King restaurant when a child and his mother got in line behind him. At first, everything was fine, but before long, the kid started acting up. It was clear that the kid was upset and was not going to let his mother control him, which is why the Redditor felt compelled to step up and do the parent’s job for her.

“This kid was out of control, screaming, punching his mother throwing around a Gameboy whenever something didn’t go right in the game,” Redditor THR111 wrote. “The mother didn’t seem to pay any attention to him, and his continued yelling of ‘I want a f***ing PIE.’ After about 5 minutes of the line with these people behind me, I had gone from a headache to a full-on migraine….”

That’s when the man did what he had to do. He asked the woman to get her unruly child out of the line. She didn’t take his advice very well.

“I calmly turn and ask her nicely if she can please calm or quiet her child down. Immediately she gets up in my face telling me I can’t tell her nothing about raising her child and to mind my own business. I nod and turn around; she’s still yelling at the back of my head when the child cries out again how he wants a pie. The mother consoles him, calling him sweety and ensuring they’ll get pies for lunch because she loves him so much.”

When the man got to the front of the line, he decided to teach the obnoxious brat and his mother a lesson.

“All I can think of is how the people behind me ruined my splurge and gave me this headache. I then decide to ruin their day. I order every pie they have left in addition to my burgers. It turned out to be 23 pies in total. I take my order and walk towards the exit,” he wrote.

“Moments later, I hear the woman yelling, what do you mean you don’t have any pies left, who bought them all? I turn around and see the cashier pointing me out with the woman shooting me a death glare. I stand there and pull out a pie and slowly start eating eat as I stare back at her. She starts running towards me but can’t get to me because of other lineups in the food court. I turn and slowly walk away.”

What’s your reaction to this man’s story?