Man Becomes Instant Millionaire When A Rock Crashed Through His Roof 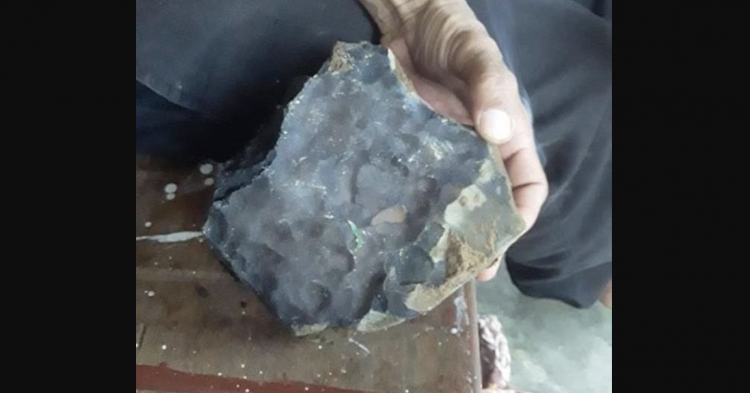 In a random act of beneficence from the gods above, a meteorite worth millions of dollars crashed through a man’s roof, making him instantly wealthy. For years, thirty-three-year-old Josua Hutagalung has focused all his efforts on growing his coffin-making business. While he was working on his latest build, a space rock came whizzing down to Earth and smashed through the veranda at the edge of his living room.

Hutagalung was terrified. The young man from Kolang, North Sumatra, Indonesia, had no idea what had come crashing into his home from the heavens. But once he was able to look into the origins of the fallen space rock, he quickly learned that the accident had been good for his bottom line. 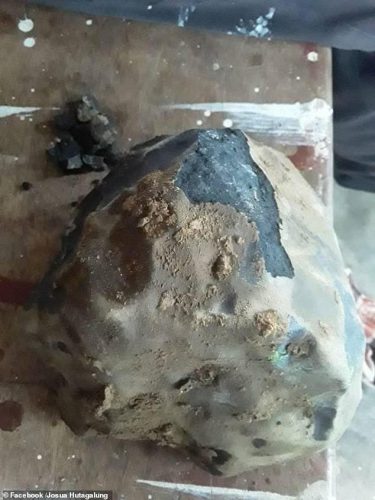 The single stone weighed about 2.1 kilograms or 4.6 pounds. It was traveling at very high speeds and crashed through the roof of his living room. After the crash, the meteorite left a crater in the ground that was about six inches deep. Clearly, this rock was traveling at extraordinary speed and would have killed Hutagalung instantly if it had hit him while he was working on building a coffin. 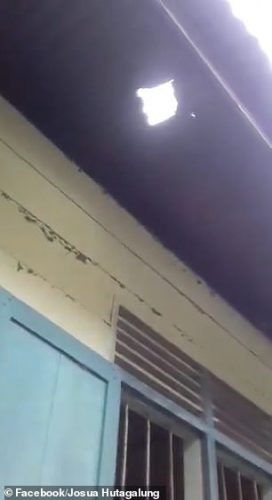 Meteorites can be sold by the gram. They fetch prices that range anywhere from $0.50 to $5 per gram. However, if the space rock contains valuable metals that are very hard to find on Earth, they can fetch as much as $1,000 per gram at auction. Since Hutagalung’s meteorite is 2,100 grams, he can expect to take home anywhere from $1,050 to $10,500 for the entire rock or as much as $2,100,000 if it contains some rare materials.

Hutagalung dug the rock out of the Earth as soon as it crashed. He said that it was shattered when he found it and still warm from its speedy entry into the Earth’s atmosphere. 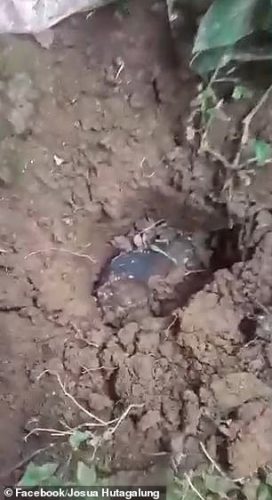 Since the crash-landing, Hutagalung’s meteorite has been identified as CM1/2 carbonaceous Chondrite. Luckily for the Indonesian coffin maker, the rock that crashed through his roof is a very rare variety. The rock is worth about $1.85 million and can be sold for about $857 per gram.

“When I lifted it, the stone was still warm, and I brought it into the house,” he told Kompas. “The sound was so loud that parts of the house were shaking too. And after I searched, I saw that the tin roof of the house had broken. I strongly suspect that this rock is indeed an object from the sky that many people call a meteorite. Because it is impossible, someone deliberately threw it or dropped it from above.” 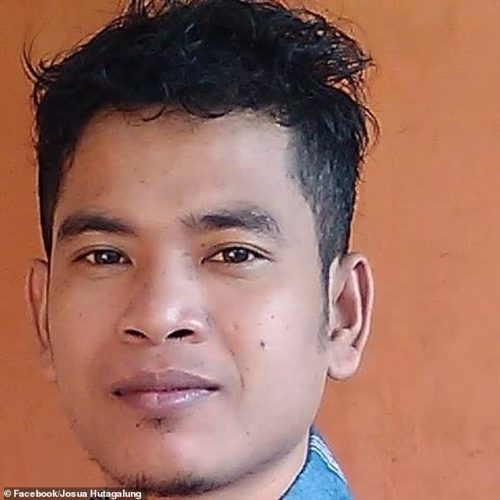 People in Hutagalung’s neighborhood heard the crash and even felt it shake their homes. They have been visiting him to view the amazing space rock ever since he obtained it.

Hutagalung hopes to use the money to build a church in his town.

“I have also always wanted a daughter, and I hope this is a sign that I will be lucky enough now to have one,” he told The Sun.

The hunk of rock is estimated to be about 4.5 billion years old, which is older or as old as the Earth itself.