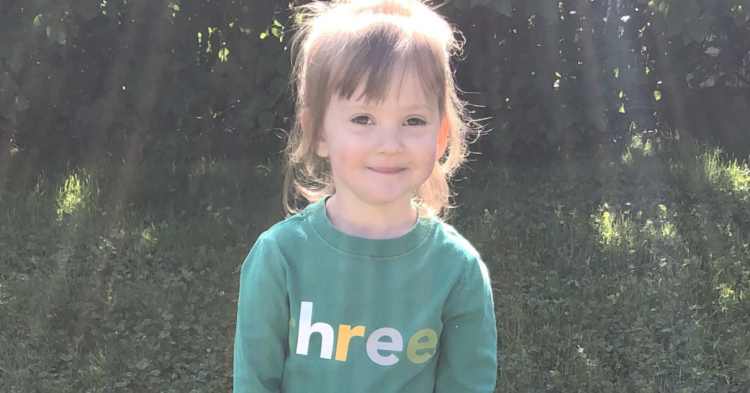 A three-year-old girl wanted a birthday cake that she could have all to herself. With that in mind, she asked mom to get her a cake with a scene from Disney’s The Lion King. Instead of selecting the famous scene with Rafiki, the baboon holding Simba up over the cliff of Pride Rock, or another iconic moment from the childhood classic, the little girl decided on a scene that would scare other people away from her cake.

Leona was the three-year-old girl who requested the odd scene from The Lion King. Her choice moment was when Simba’s father, Mufasa, dies following the betrayal of his brother, Scar. Leona had a very good reason for picking the morbid scene in the animated movie and was not going to change her mind no matter how much her parents begged her to. 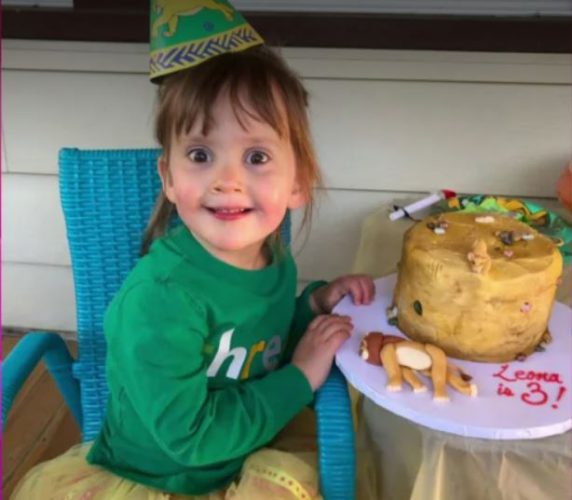 “Everyone will be too sad to eat the cake, and it will be all for me,” she said, according to her uncle Casey Feigh, who posted the birthday pictures to Twitter.

On Twitter, Feigh captioned the picture of his niece’s birthday party along with the words, “My niece turned three today!! She asked for a Lion King cake but specifically the moment where Mufasa dies, because ‘everyone will be too sad to eat the cake and it will be all for me.’” 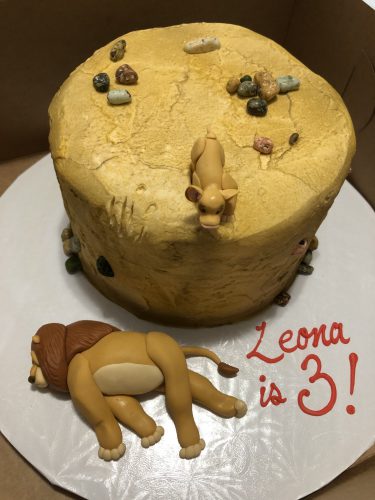 After the Twitter post went viral, TODAY Digital contacted Leona’s mother, Alison Feigh, who was more than happy to explain her daughter’s unique reason for requesting the Mufasa death scene as her cake design.

The cake was designed off the 1994 hit film The Lion King by Disney. Thirsty Whale Bakery in Minneapolis customed made the Mufasa death scene cake for the little girl and included everything from the movie – including the scratch marks from Scar when he betrayed the king of the lion pride in order to claim the throne for himself. 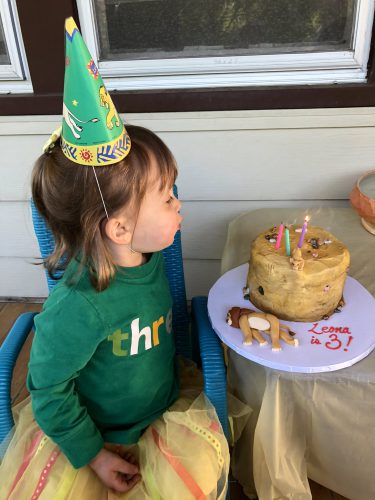 The finished cake shows Simba peering down a cliff at his dead father on the ground below. Both the cake and the body of Mufasa are edible – and Leona could not have been happier with the finished product.

Alison remembered what it was like putting in the custom cake request and how bizarre it really was for her three-year-old daughter to request the death scene for her birthday.

“I actually emailed them because I was too embarrassed to call,” she told “TODAY” Digital. “I was like, ‘I’ll just put it in writing and click send. The worst they can say is no.’” 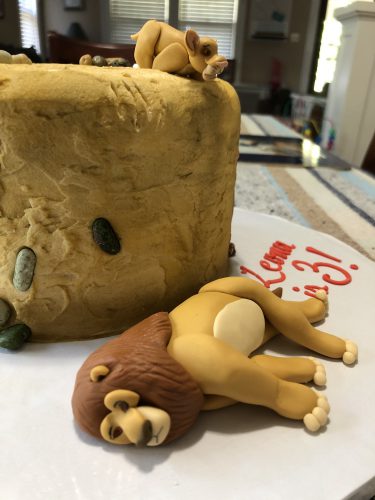 The cake designer didn’t just say yes. They offered mom a few options. They suggested getting a 3D design for the cake and told her that they could depict Mufasa hanging from the cliff or down on the ground dead.

“I kind of picked one at random,” Alison shared. Her daughter was happy with the final choice.

Strangers on Twitter have applauded the little girl’s effort to get more birthday cake for herself.

“Had a baby girl on Monday, and I hope she’s half as savvy as this little diva,” one person wrote.