Little Girl Comes Home With Wads Of Cash, And Her Explanation Is Now Going Viral 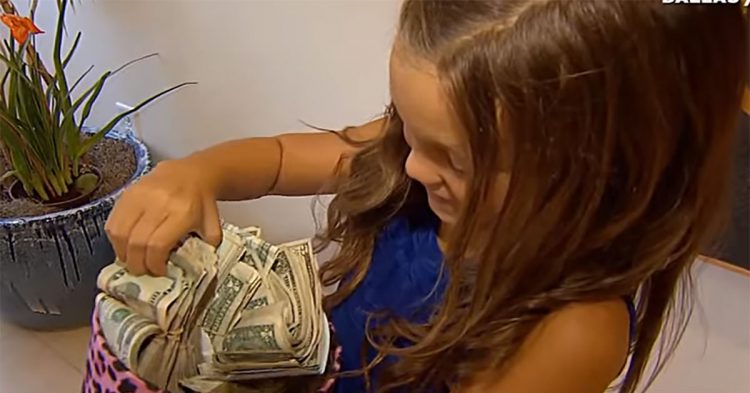 If you were driving around a certain neighborhood in Dallas, Texas recently, you might have seen a young girl named Addie Bryan holding a sign. The sign was asking for donations for the Texas Scottish Rite Hospital, a birthday wish from this kind and generous little girl. She owes a lot to the hospital as it turns out and just wants to return the favor.

Addie spent much of her childhood at Texas Scottish Rite Hospital, either undergoing surgery, recovering or going through physical therapy. She was born with Larsen syndrome, which has resulted in the incorrect development of her skeletal system.

Her legs were somewhat backward when she was born and doctors feared she may never walk again. The poor girl required a total of four surgeries and around 65 casts to fix her legs enough to walk. Now Addie can run and play just like everyone else, all thanks to the treatment from this hospital. 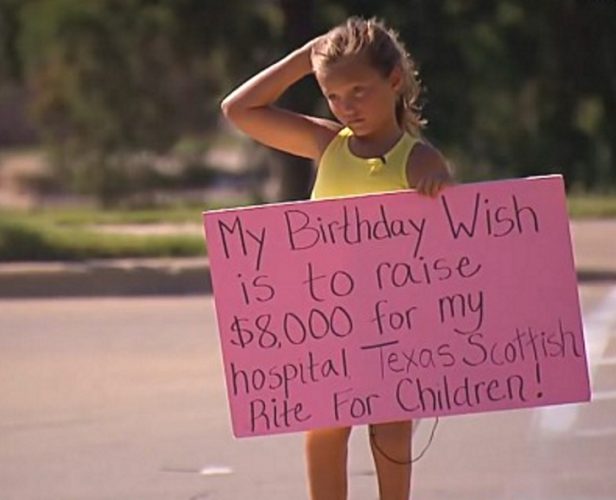 “I just hold a sign that says, ‘For my birthday wish, I want to raise $8,000 for Texas Scottish Rite Hospital,'” she told local news station WFAA.

Once they published her story, it quickly went viral and was even picked up by PEOPLE.com. The coverage just kept appearing all over the internet and soon her dreams of $8,000 became far too conservative.

Soon, her campaign to raise money for the place that helped her reached almost $20,000! That was a huge number and far more than she ever expected, but the amazing nature of her story was just beginning to appear.

Addie received a letter from a donor praising her efforts, along with a check for a total of $50,000 to help out more kids that need medical help just like Addie did. 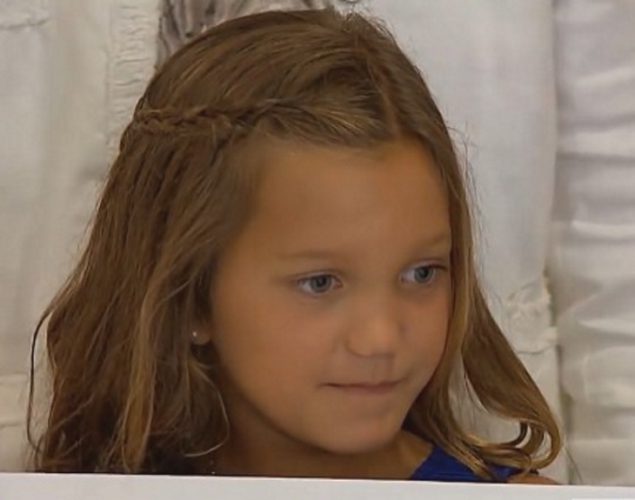 Her family couldn’t afford the treatment, so Addie accepted the generosity of the hospital in her time of need. Hospitals like Texas Scottish Rite rely on donations like Addie’s to provide the care that children need, even if their families can’t afford it.

Some people look at the generosity of those close to them and just think about how much they can take. Others know how important it is to have a give and take so that everyone knows that someone has their back in a time of need. 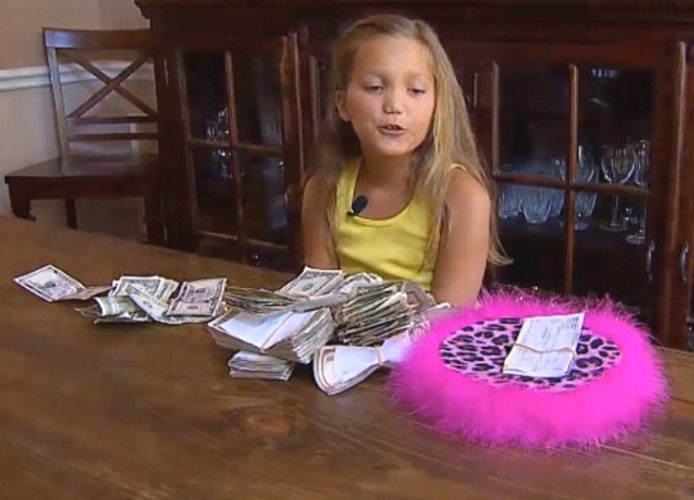 Most parents do a good job of raising their children and teaching them right from wrong. Addie has already set herself far above the pack though with this kind gesture towards the hospital. So many kids will benefit now thanks to her passion for helping others and hopefully, she will keep it up! Perhaps she has a knack for fundraising that she never knew about.

This also goes to show the power of viral media. The media has the ability to spread hope and love, along with powerful stories like this that inspire others to be generous. Addie’s powerful message found an audience on the internet and soon it was seen by not thousands, but millions of people. That’s a pretty amazing thing, don’t you think?