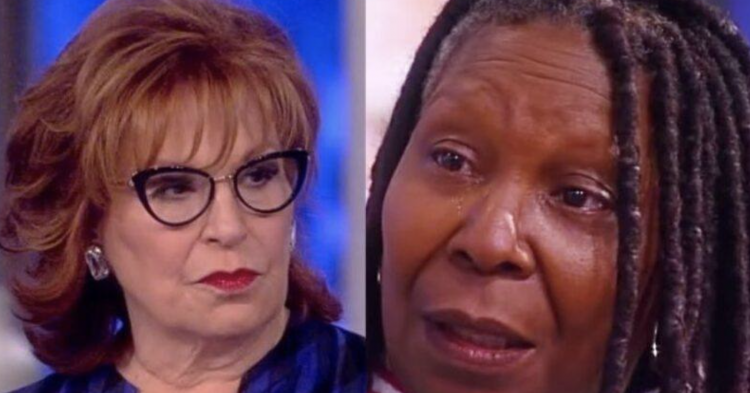 Joy Behar has a lot on her mind now that one of her co-hosts of The View is relying on a walker to get around. Comedian Whoopi Goldberg suffered a health crisis that forced her to miss several episodes of the talk show. When she felt better to return, Goldberg needed to use a walker to get around due to the severe pain related to her sciatica.

“Good morning, and welcome to The View. Whoopi is out again today with her sciatica problem,” Behar said. “We’re so worried about her at this point, but I think it’s under control.”

On Tuesday, Goldberg, 65, returned to her spot on The View. However, she now needs a walker to get around, which is not a good sign given her advancing age.

“Yes, it’s me, I’m back,” she said, according to Entertainment Tonight. “I was out because I was dealing with something called sciatica, which is basically a bulging disc in your back, and it impacts the sciatic nerve, which sends pain down your leg. I’m telling you, it’s like a bad boyfriend … a  bad boyfriend who came back to mess with me.”

“There I was, trying to move my leg — impossible to do,” Goldberg continued. “It was really horrible. But I’m glad to be here.”

That’s when Goldberg told fans that she was now relying on a walker to get around safely.

“I have a walker, which kind of freaked me out,” she admitted. “I didn’t know that I needed it. And you know what? My first step with the walker, this is my new best friend. I’m just gliding along. So, that’s what happened to me. I’m told that it comes out of nowhere.”

Behar then butted in to talk about her past battle with sciatica, which plagued her when she was younger. She also used the opportunity to tell Goldberg to take better care of her health. However, she did praise the co-host for looking rested following her several days off the air.

“Well, what can you do? I’m laying in a hospital room,” Goldberg replied, laughing. “I’ve turned into this little old Black lady. It’s really strange.”

Sciatica occurs when the spine is compressed on the part of a nerve. It is very painful and can be the result of a herniated disk or a bone spur. The compressed nerve often leads to pain as well as inflammation. There is usually a numbness in the affected leg, which can make it harder for a person to walk around safely.

Hopefully, Goldberg is able to defeat her sciatica and get back to walking around without the help of a walker. What do you think about Joy Behar being worried over Goldberg’s ailment?