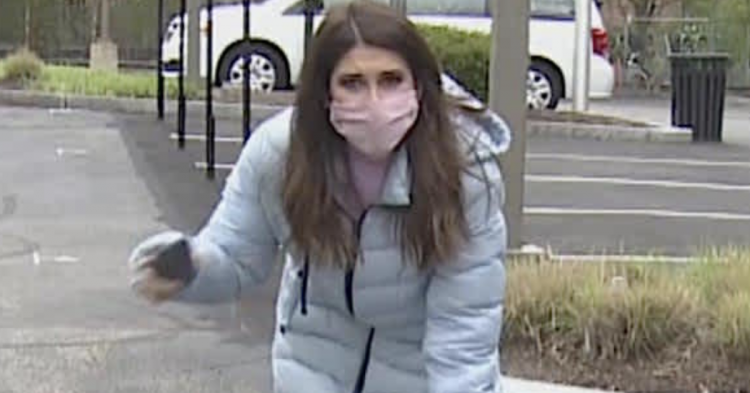 While on the job, TV news reporter Juliana Mazza was reporting on how someone stole a 13-month-dog from a car. Mazza worked for WHDH-TV in Massachusetts and was on the scene covering the kidnapping story when she noticed something strange. Now, Mazza is being hailed a hero for rescuing the kidnapped pooch while on the job. Surveillance footage from the kidnapping showed someone stealing the young pointer breed from the car – but the footage was not clear enough for police to identify the dog nabber.

The dog’s name was Titus, and the theft occurred in a parking lot in Cambridge, Massachusetts.

However, Mazza was out on a walk one day when she spotted a dog that closely resembles the one that had been kidnapped. Because she was with her news cameraperson, she told the worker to start recording. Meanwhile, Mazza tried to get close enough to take a look at the dog’s collar to see if it had the same name as the stolen pooch.

“The first thing I did was ask if I could pet the dog because I wanted to get down to the nametag to see if the name confirmed that of the missing dog.”

Like a good reporter, Mazza started asking the dogwalker questions. As soon as the person realized they were being interrogated about the dog, they claimed they had accidentally taken the wrong dog for a walk that day.

“You didn’t think to call the number on the tag?” the smart reporter said.

She found the man walking the dog around the same parking lot where he allegedly took Titus the first time. Besides, the man looked very much like the man caught taking Titus in the security footage, and the dog looks the same as the stolen dog.

With the man next to her, Mazza calls the police and reports that she found Titus as well as the man who “accidentally” took the dog. He just stands by while she makes the call as though he hadn’t done anything wrong in the first place.

Minutes later, the police arrive at the parking lot and arrest the suspect, who was identified as 29-year-old Kyle Therapee. He was charged with larceny and breaking into a motor vehicle.

Because of Mazza’s sharp eye, she was able to spot the man who had taken a valuable dog for himself. Not only was the man spending time at the scene of the crime, but he interacted with the very reporter reporting on the case of the missing dog. He did not try to run while she called the police and reported that she had found the man responsible for the dog’s theft.

Inside Edition celebrated Mazza’s successful reporting and shared a story on YouTube about her win that has received more than 3.2 million views and counting.

“Dude could have adopted a dog, but NOOOOO he steals one. This lady is a queen.”