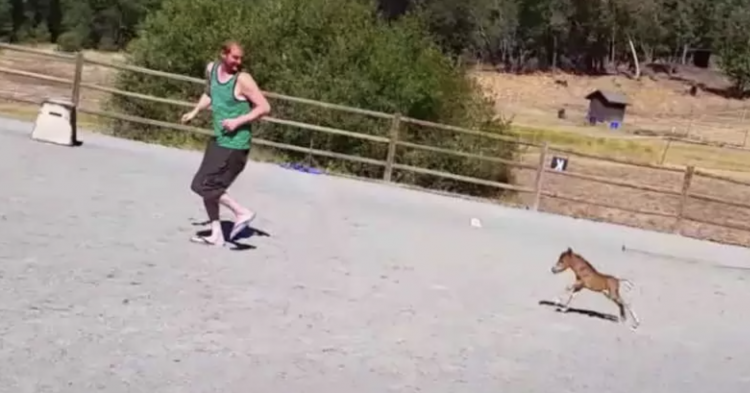 Horses are some of the most majestic animals on the planet. While miniature horses might not have as much majesty as their full-sized cousins, this special breed is very interesting in its own right. But now, footage of a baby miniature horse has gone viral millions of times over because it shows the adorable animal playing with a man – and you’re going to want to see this footage for yourself!

Miniature horses and ponies are not the same animals. Ponies are their own breed with “shorter legs, wider barrels, and a thicker neck,” according to Horse Illustrated. The publication also adds more information about miniature horses and how they differ from ponies. 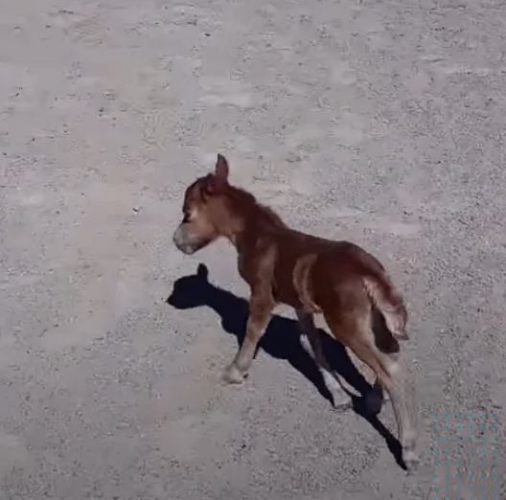 “Miniature Horses, on the other hand, are currently bred to resemble a full-sized horse on a smaller scale. A much smaller scale. According to the American Miniature Horse Association (AMHA), they must be under 34 inches up to the last hairs at the base of the mane at their withers (Minis are measured in inches rather than hands). The current miniature horse is bred to be more refined than the pony, with a long, flexible neck, straight legs, and a short back.” 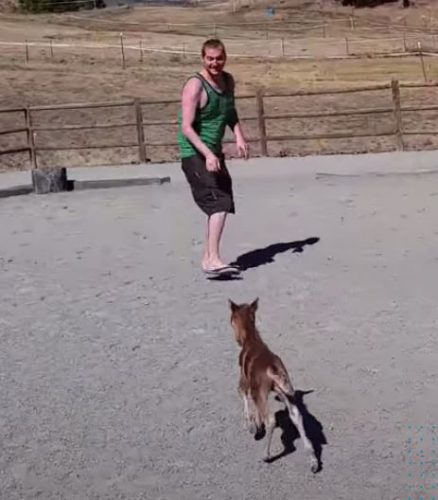 The YouTube video was posted to the Animal Guy channel and has accumulated more than twelve million views since it was uploaded in the summer of 2015. Since then, thousands of people have shared comments with their reactions and thoughts, including the following:

“Every time the guy pets the baby horse, the tail waggles as a dog does. I think that baby horse really enjoyed the attention the guy was giving. I’ve heard people say that horses are like big dogs, and this little horse appreciates this human the way dogs do.”

“Horses have an instinct to run with the herd, even miniature ones.”

“Mama became worried for her newborn as he was running so much. And how obedient the baby was. Mama is here to call me home. He understood and obeyed.”

“Adorable and cute wrapped up in a miniature horse. Outstanding!”

“That is probably the cutest thing that I will see all day. Thanks for posting this!” 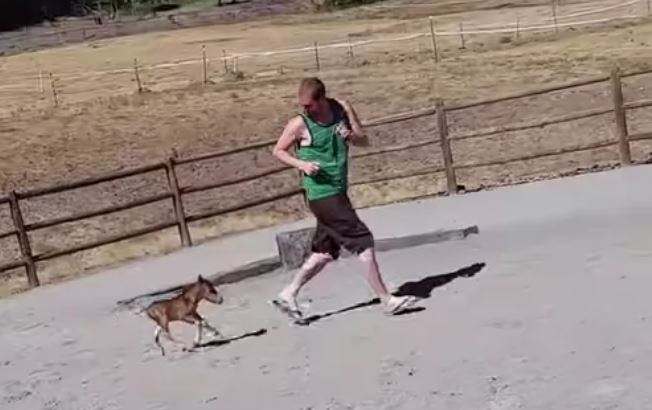 “I love the way his little tail started wagging when the guy stopped to pet him!”

“That’s wild! It’s the size of an eohippus, considered to be the first known horse from the Eocene (about 56 million years ago).”

“In the wild, all hooved baby animals have to learn how to walk and run quickly for their own survival.”

“If he could kill people with his cuteness, he would have whipped at least half of the world.”

Many people shared some jokes about the miniature horse.

“Needs a tiny saddle and a marmoset in a cowboy hat riding on his back.”

“Okay, prove to me that YOU are not a giant. Internet, you are not going to fool me again.”

This footage of the baby miniature horse playing with the man could bring a smile to your face. Take a moment to watch it because it’ll light up your day.

What do you think about the footage?